One was a diplomat’s wife, another the editor-in-chief of the German Vogue, while yet another is an artist and still active in the Hamburg punk scene: all these women’s lives were as varied as their wardrobes. The exhibition “Dressed: 7 Women — 200 Years of Fashion” at the Museum für Kunst & Gewerbe Hamburg (MK&G) provides an insight into the wardrobes of these and four other women in an exhibition starting February 25, 2022. The exhibition includes everyday clothes, haute couture, protest fashion and avant-garde looks.

The oldest of the ladies represented was born in the early 19th century and the youngest, more than 150 years later. Based on the examples of these seven women, the exhibition tells the story of the changes fashion has undergone over the decades, while at the same time explaining how social classes shaped specific directions in fashion.

Clothing norms and a resistant aesthetic

The saying “clothes make the man” predates Gottfried Keller’s 1874 novella of the same name. In it, Keller tells the story of a tailor’s apprentice who dresses as nobly as a count. It tells of how we hope to have a certain effect on people through our choice of clothing. The clothes we wear are a means of communication — we can conform to clothing norms or dress codes, or we can rebel against common conventions of a given time. 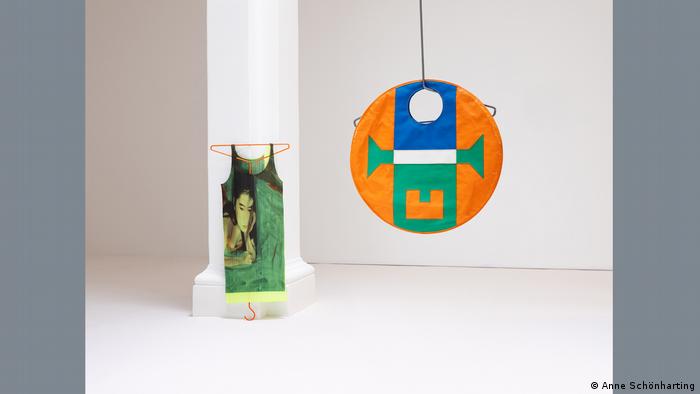 Avante-garde clothing is also included, such as this dress by Issey Miyake

From protest fashion to avant-garde

The example of Elise Fränckel (1807-1898) who was married to a senator, represents the self-confident fashion and dress norms of the German bourgeoisie in the first half of the 19th century. Although primarily a housewife and mother, Fränckel’s wardrobe is thoroughly elegant. As the wife of a politician, she also had a role to play — fine garments were considered a necessity. On display are her cashmere scarves, lace collars, a parasol and fine gloves. 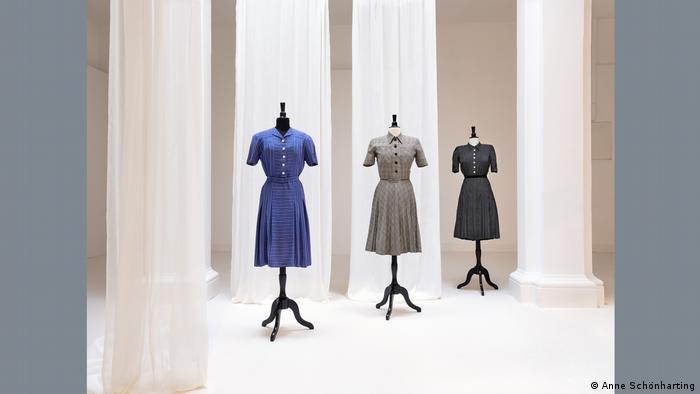 The wardrobe of Elke Dröscher, who was born during the Second World War, consisted of representative and practical garments. As a gallery owner, she came across designer Yves Saint Laurent’s somewhat less expensive ready-to-wear line “Rive Gauche” in 1968. From then on, she wore the French designer’s sporty, elegant daywear for almost twenty years, becoming known for her signature style. 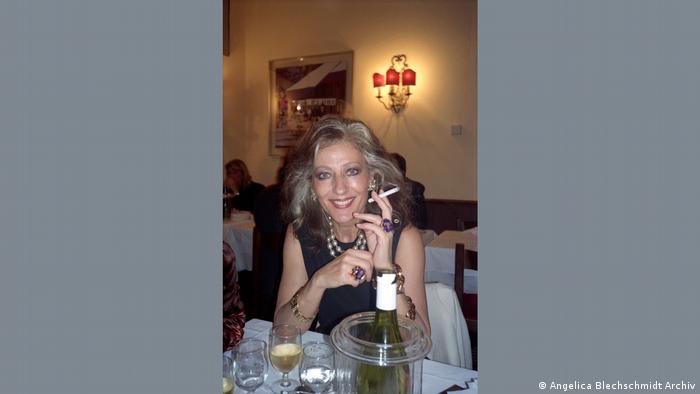 As former editor of the German Vogue magazine, Angelica Blechschmidt was known for her signature look

The clothing designed by Ines Ortner, born in 1968, on the other hand is one of protest culture in the period before punk fashion gained popularity. She painted garments, sprayed and punctured them to create her look. 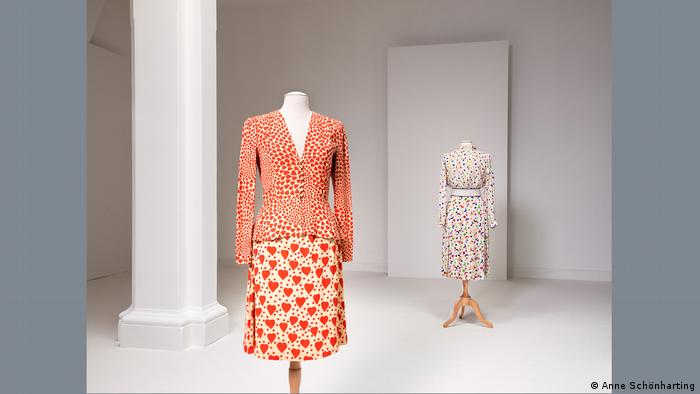 German design collector, Anne Lühn, has donated more than 100 items to the MK&G in recent decades, enriching the museum with a collection of avant-garde fashion. Made between the period of 1985 and 2020, Lühn’s collection includes items by Japanese fashion designers like Issey Miyake, and those of the “Antwerp School,” including designer Martin Margiela. Many of these garments provided a counterpoint to optimized bodies and sex appeal on display, paving the way for garments that were more inclusive of different body shapes. 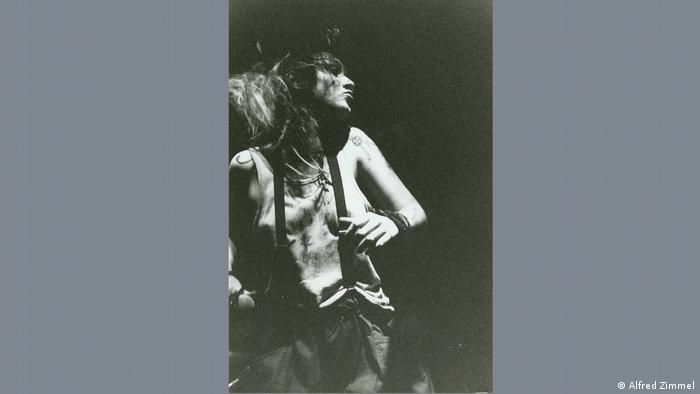 Clothes from near and far

Not all pieces in the collection bear the names of well-known designers like Yves Saint Laurent, Elsa Schiaparelli and Yohji Yamamoto. Many were made by anonymous seamstresses and tailors. Ines Ortner created her own designs.

The fact that 19th century protagonist Elise Fränckel, was already “shopping” for clothes outside her northern German home underscores the international flow of fashion trends. Fränckel wore shoes from Paris and owned a tulle collar stamped with Cyrillic script, presumably from Riga, Lithuania.

The exhibition contains a total of 150 items, including a wedding dress and accessories. The pieces testify to the fashion consciousness of the women featured in the exhibition — and the significance clothing plays in society, whether we like to admit it or not.

This article was originally written in German.