Though there are many important moments in The Twilight Saga, certain scenes came with additional pressure. As the five films were based on a wildly popular, eponymous, book series, fans had great expectations for some elements of the plot. One scene, in particular, that the cast and crew wanted to get right was the wedding scene.

Occurring in Breaking Dawn – Part 1, the wedding between Bella Swan and Edward Cullen is a huge moment. While the pair declared their love for each other back in Twilight, the wedding serves as one of the last times Bella’s family and friends will see her in her human form. And while Bella is initially reluctant to get married at her young age, she still ends up getting as emotional as other brides.

Hilariously, Kristen Stewart (who portrayed Bella in the Twilight movies) ended up being nearly as emotional as her character when filming the wedding scene. Perhaps part of her emotion stemmed from the fact that the crew created such beautiful scenery for the wedding. In an interview with Collider, Ashley Greene (who played Alice Cullen) recalled how visually striking the wedding set was.

RELATED: ‘Twilight’: Some Members of the Cast Threw ‘Hail Balls’ at Others

“The actual aesthetic of the wedding was a surprise to me and a lot of people because, out of nowhere, they just created it one day and we were ushered to set,” the Twilight actor revealed. “I think it was beautiful. I think they did a really great job. It has this very intimate feel about it, but it’s also just very elegant and a little magical. I thought it was really well done.”

But the set itself wasn’t the only thing that Greene was impressed by. She was also enamored with the purple maid-of-honor dress that she wore for the Twilight wedding. In fact, she got to work closely with the costume designer to create something that was truly unique to her character.

RELATED: Twilight’: The Cast Dynamic Was Like ‘Cliques in High School’

“The dress was custom made, so I got to work with our costume designers, in creating it,” the Twilight actor recalled. “They were great because they let me partner and collaborate with them, and create something that was still in the realm of the wedding and the other bridesmaids’ dresses, but also very true to Alice. It had a really fun Flapper feel. That was really fun for me, and it was fun to finally see it, all said and done.”

Another thing that was fun for Greene was the intricate dance that she got to do with Jackson Rathbone during the wedding. Rathbone, of course, played Alice’s husband, Jasper Hale. While the weather presented the pair with a few logistical challenges, ultimately, they were able to deliver a solid performance. 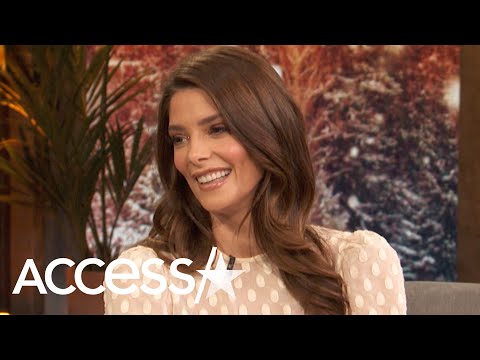