ACROSS AMERICA — Patrick Mahoney and Hannah Crawford got hitched last weekend, but it took the Boston Police Department’s harbor patrol to ensure it happened.

The ferry that was supposed to take Mahoney to Thompson Island in Boston Harbor broke down, so harbor patrol officer Joe Matthews ferried him in his police boat.

Several members of the wedding party were stranded as well. Matthews got them all to the island 17 minutes late, but quickly enough that the ceremony didn’t have to be delayed.

Matthews said his own wedding was the best day of his life, and he wanted the same experience for the newlyweds. “It feels good,” he said of saving the couple’s day. “They were just very appreciative [and] nice kids, very happy to be married here.” » By Megan VerHelst for Boston Patch

Jesslyn Lopez certainly never intended to discard her wedding gown. It was lost in a shipping fiasco when she sent the dress off to be cleaned and boxed, and somehow ended up among the items Veronica Romanenko sells at deep discounts at her Overstocked bin store in Temecula, California. Fortunately, Romanenko researches the items that come into her store, so she was able to connect with the distraught Lopez. “It keeps me hopeful that there are still good people out there that care about the well-being of others’ happiness,” Lopez said. » By Ashley Ludwig for Temecula (California) Patch

Yussif Alhassan did something last week that some might’ve thought impossible five months ago. He stood up and walked. On March 13, Alhassan arrived in the emergency room at Reston Hospital Center after his entire lower body had been crushed by a tractor. “In my free time, I like to buy stuff and ship it to my people back home,” he said, explaining he was injured while putting a tractor he bought in a shipping container. » By Michael O’Connell for Reston (Virginia) Patch 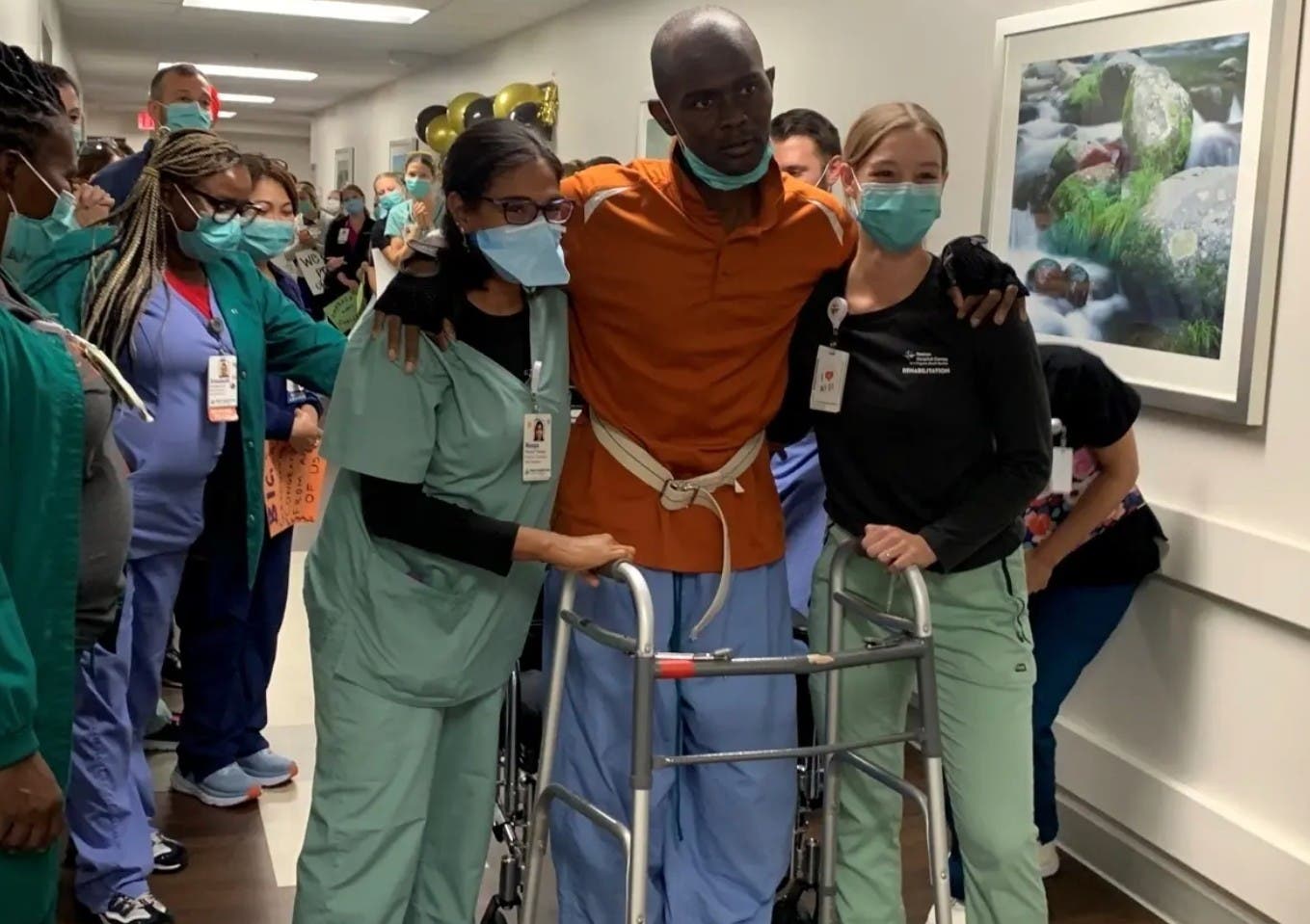 Birthdays are a big deal for kids. With her 10th birthday in sight, Avery Fedo, of Hillsborough, New Jersey, said the only thing she asked for wasn’t for herself, but for her third and fourth grade teacher, whose 3-year-old son had been diagnosed with leukemia. She worked with a local charity that helps families facing medical crises to organize a fundraiser for her teacher. “Mrs. Chung is the best teacher, so I want to do something in her son’s honor,” she wrote in her letter to the charity. “Instead of presents this year, I am asking for donations.” » By Alexis Tarrazi for Hillsborough (New Jersey) Patch 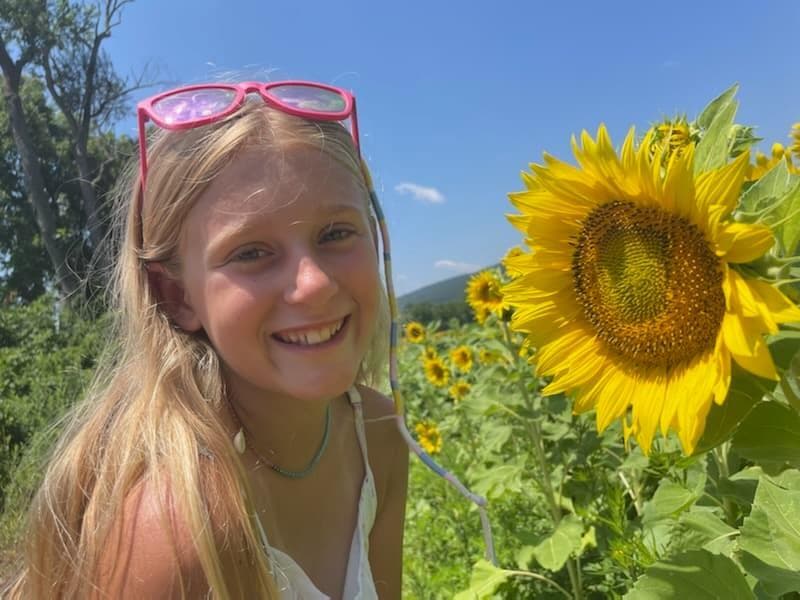 Peyton Barger, 10, of Cherry Hill, New Jersey, placed in the top 20 nationwide in two Junior Olympics events at a recent event in Texas. She placed fifth in the 3000 meter and 18th in the 1500 meter races. Peyton began running as a first grader when she outran other students the Healthy Kids Running Series, “which made my parents look into a more competitive program,” she said.They found the South Jersey Track and Field program, where she trains with a speed running coach and runs twice a week. » By Janel Miller for Cherry Hill (New Jersey) Patch

At 10, Dedication To Service

Mikael Hasan, a 13-year-old from Newark, California, was one of 10 young athletes named Harmon & Sue Burns Scholars and presented $10,000 college scholarships from the San Francisco Giants Community Fund at a recent game in San Francisco. He was honored for his “outstanding dedication to community service through volunteer work done with Meals on Wheels, his local Cub Scout pack and Junior Giants League.” » By Kim Harris for Newark (California) Patch

It’s safe to say no one wants to find something out of the ordinary in their dinner. For Scott Overland of Pennsylvania, however, what he found while noshing on his appetizer at a Delaware restaurant was nothing short of a treasure. Overland was having dinner with his wife and two kids at Salt Air in Rehoboth Beach when he bit down on something hard while eating clams, he told Patch . “I thought it was a piece of shell,” Overland said. “When we looked at it, it was actually purple.” It turned out to be a rare purple pearl. » By Megan VerHelst for Across Pennsylvania Patch 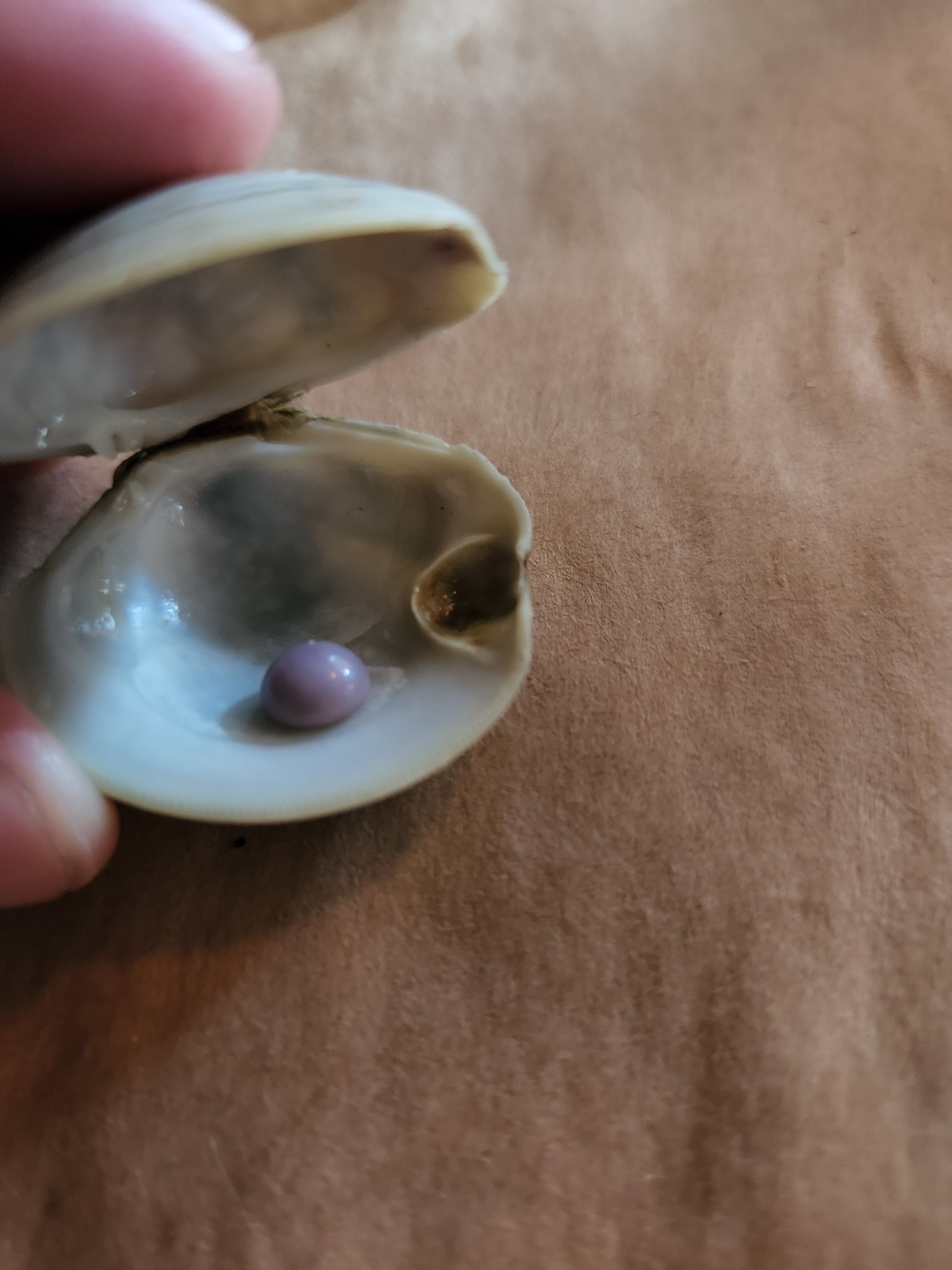 Who says it doesn’t pay to be weird? For decades, Mark Moran of West Orange and Mark Sceurman of Bloomfield have been documenting some of the strangest happenings and local attractions in the Garden State with their odd-but-beloved magazine, Weird NJ. Past issues have delved into local lore and attractions such as the Jersey Devil, Lucy the Elephant, Clinton Road and the “Hookerman” Lights, and have explored everything from UFO sightings to abandoned Nike missile silos. Now, that treasure trove of weirdness is about to become a television show. » By Eric Kiefer for West Orange (New Jersey) Patch 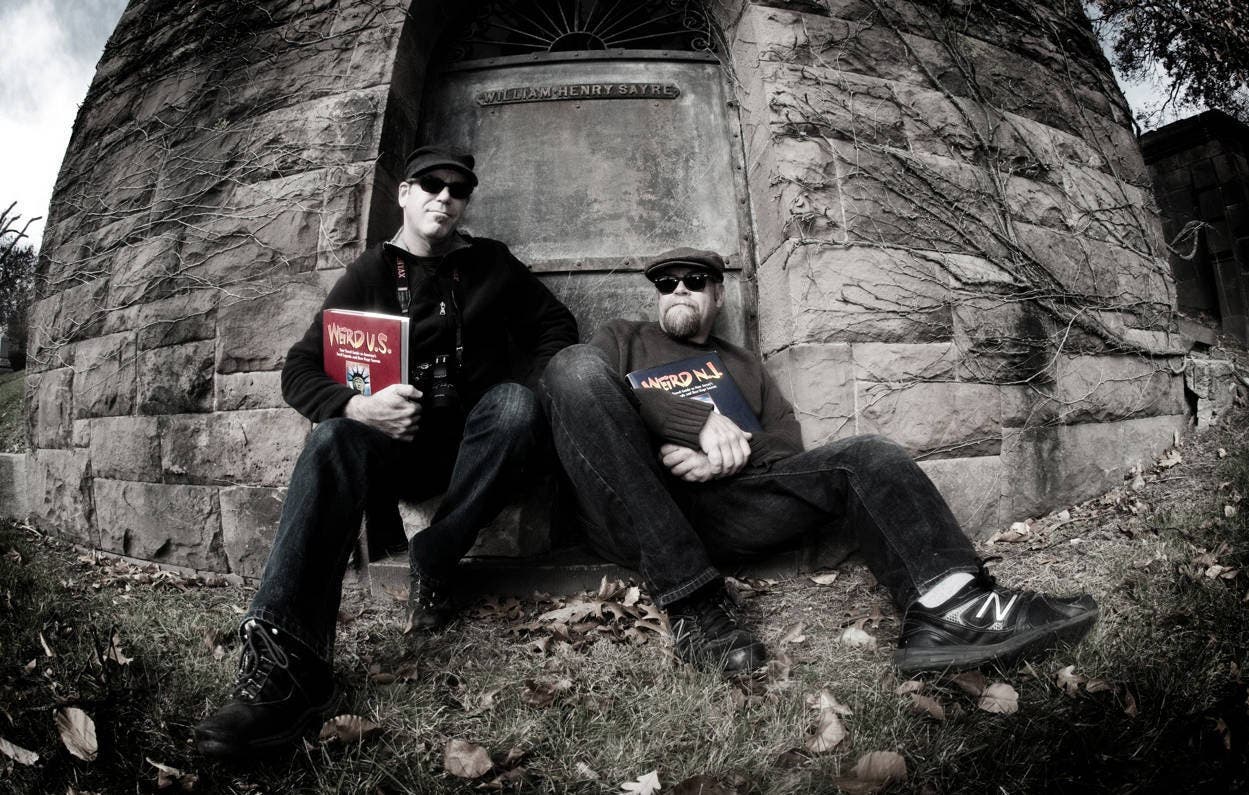 Millions of Americans will be able to get over-the-counter hearing aids without a prescription starting in October after the Food and Drug Administration issued a final rule authorizing it last week. About 30 million Americans who have some trouble hearing could get a hearing aid without having to see a doctor first, the FDA said, but only about a fifth of Americans who need hearing aids wear them. » By Beth Dalbey for Across America Patch