Gwen and James Middlebrooks, both 82, celebrated their 61st wedding anniversary on January 8.

On that day in 1961, at 21, Gwen and James said “I do” in front of Dr. Martin Luther King Jr., according to a tweet recently shared by the Middlebrooks’ grandson, CNN correspondent Omar Jimenez, to celebrate their anniversary.

Jimenez told Insider that he shared the tweet — which has 8,735 likes at the time of writing — because “it felt like a point of pride to be able to look at the matriarch and patriarch of our family” and to “see a shining example.”

“It’s literally a lifetime that they’ve been together at this point and they’ve seen so much, especially growing up in the South,” Jimenez added.

Jimenez said he also remembered his grandmother occasionally mentioning that she and James were married by the late King and he wanted to highlight how amazing that was with his tweet. 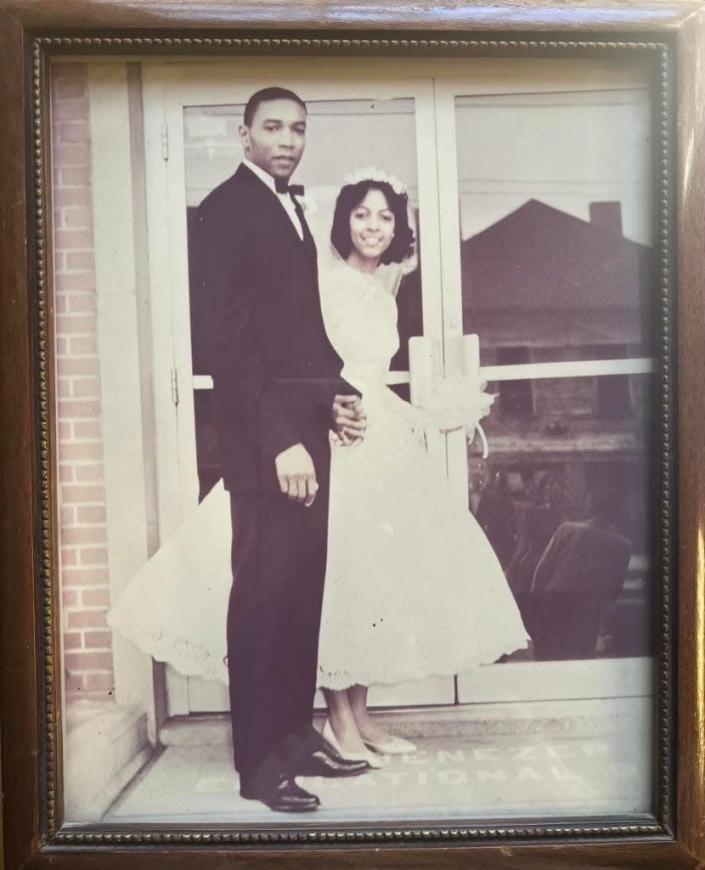 Gwen told Insider that King wasn’t in any of the pictures because the photographer wanted the focus to be on her and James.Gwen Middlebrooks

Speaking to Insider, Gwen said she and James decided they wanted to get married when they were 21, the summer before she started her senior year at Spelman College in Atlanta, Georgia.

The two had already been dating for a few years and getting married before she started school was a way for Gwen to avoid paying for room and board fees because married students weren’t allowed to live on campus at the time, she said.

When it came around to start planning the wedding, Gwen said that she knew she wanted to do it at the Ebenezer Baptist Church, because she had been a member there for over 10 years.

So, she said, she asked King, her pastor and boss — Gwen said she worked as a nanny for King and his wife, Coretta Scott King, at the time — and his brother Alfred Daniel “A.D.” King to officiate the ceremony. While King was a pastor at the church, from 1960 until his assassination in 1968, it was common for him to officiate weddings, Gwen said.

But Gwen said when she asked King he told her he wouldn’t agree to perform the ceremony until she gave him a good enough reason why she and James should get married.

“He kept trying to convince me that we shouldn’t get married because I was too young,” Gwen said. “I’d say, ‘You know, I’m in love.’ He’d say, ‘That’s not a good reason. You don’t know what love is all about.’ He would never give me a date because I could never come up with a reason good enough for him.” 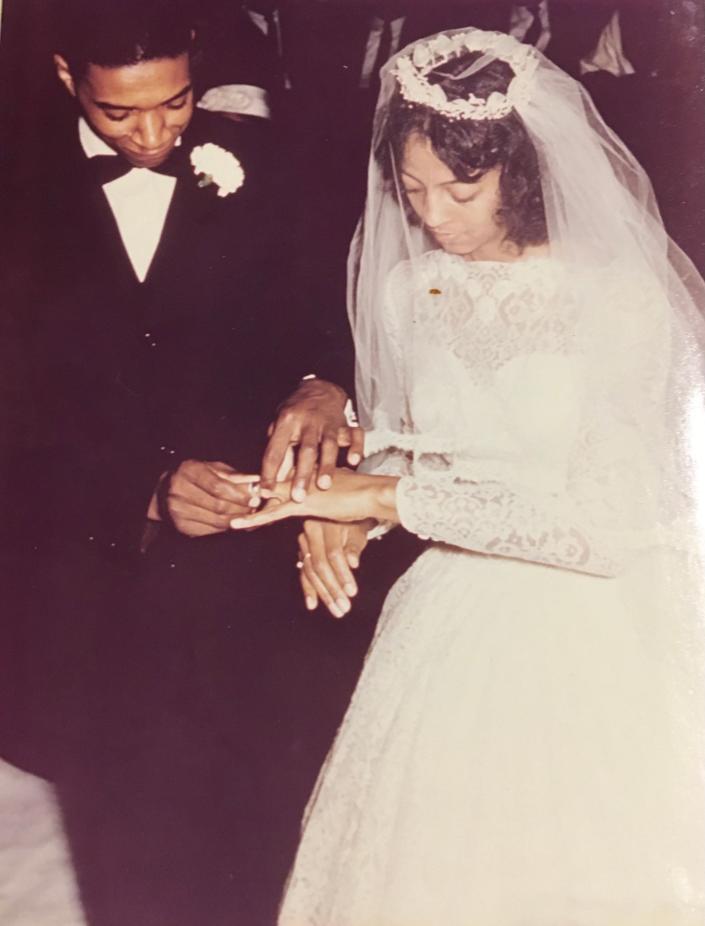 Gwen told Insider that it took months for King to agree to marry them.Gwen Middlebrooks

Then, in early December 1960, King said yes — and Gwen and James had a wedding date

Gwen told Insider that months went by and she borrowed money to pay for room and board during the fall semester of 1960, because King wasn’t satisfied with her reasoning for getting married.

Finally, in early December, she asked him again for a date that he would be available to marry her and James, she said.

“He said, ‘Well, are you going to give me one good reason why you ought to be married?'” she told Insider.

Gwen told King that she wanted to get married because she was tired of saying good night to James whenever he dropped her off at home after their dates, she said.

“He walked away from me and went down the stairs before calling out to Coretta and telling her we were going to have a wedding,” she said. “He was available on January 8 and that’s how we picked the date.” 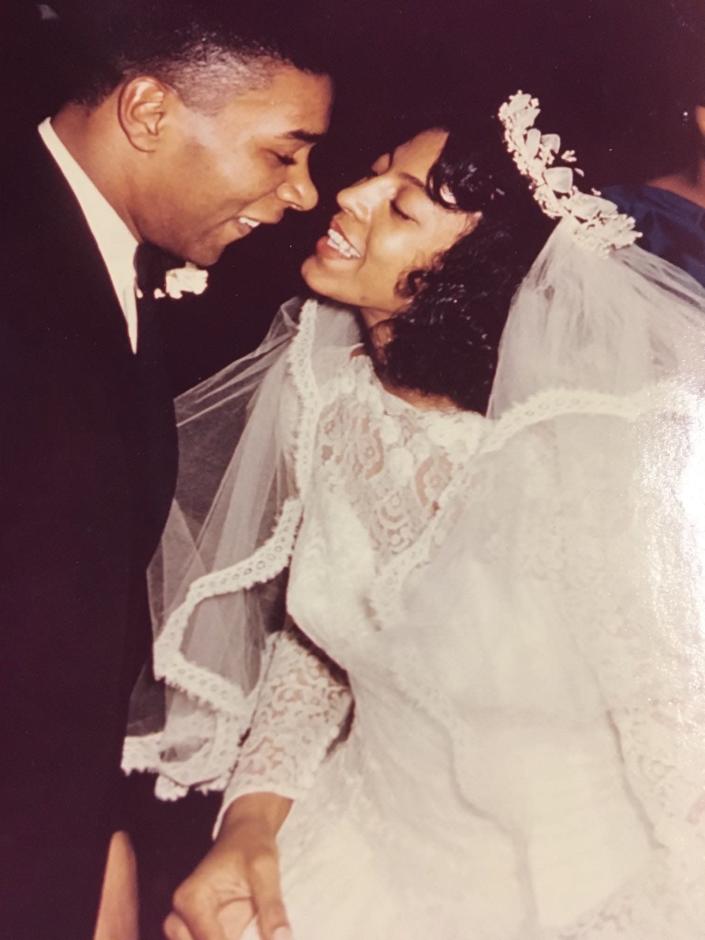 After King gave the couple the date of January 8, Gwen had to scramble to plan the wedding.Gwen Middlebrooks

Gwen told Insider that she had another conversation with King after he agreed to officiate about removing the words “obey” and “for worse” from the wedding vows. He agreed to do it and the wedding planning commenced, she said.

King and his brother A.D. were to perform the ceremony and their sister, Christine King Farris, was going to direct it, Gwen said.

Gwen told Insider that at the time, she, James, and their friends were boycotting stores owned by white people in Atlanta as part of the civil rights movement, so they relied on the few Black businesses in the area to get the invitations printed and the catering done.

“After we sent the invitations out, we realized we had nowhere to buy a wedding dress because of the boycott so everything I wore was borrowed,” Gwen said. “We called it the civil rights wedding because we couldn’t buy anything.” 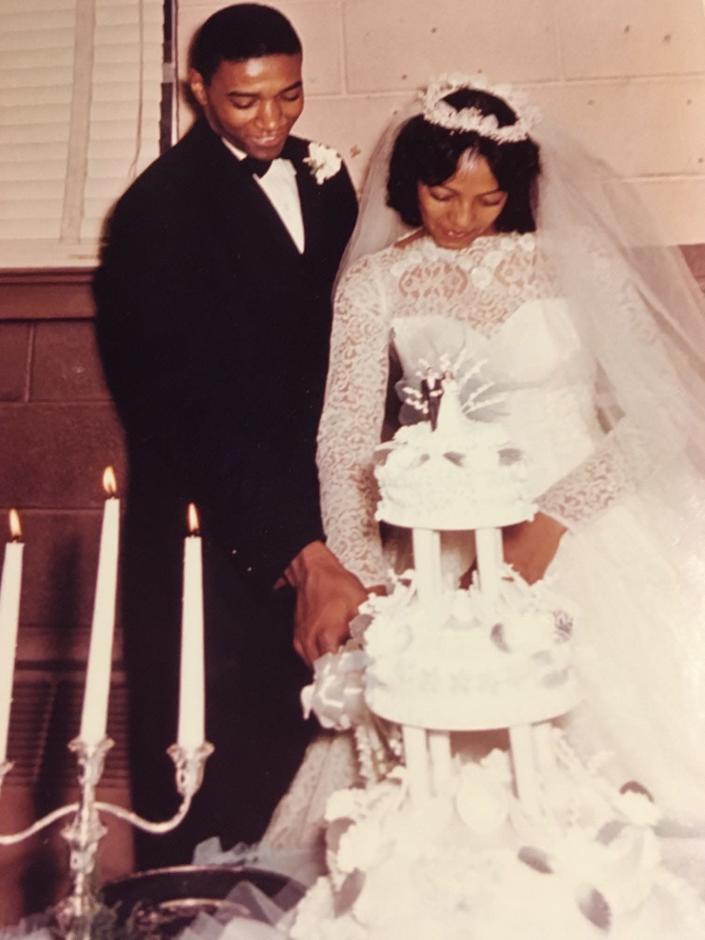 Gwen told Insider that King marrying her and James was a blessing.Gwen Middlebrooks

With little time to prepare, Gwen said she didn’t think anyone would show up. But that didn’t end up being the case.

“One day I was looking at my wedding pictures and realized that a lot of the people probably came because they wanted to see Martin Luther King Jr. and his family, not me and James,” Gwen said, laughing.

But even though King was a big part of the day, he wasn’t in the Middlebrooks’ wedding pictures. “The photographer said it was just about the bride and the groom, so Dr. King isn’t in any of my pictures,” Gwen said.

Sixty-one years later, Gwen said that King officiating her and James’ wedding was a blessing because he allowed them to get married with integrity.

“He was a good example of a person with a lot of integrity and I tried to take that into my marriage,” Gwen said of King, adding that she thinks she and her husband will be together forever because they are, above all, friends. 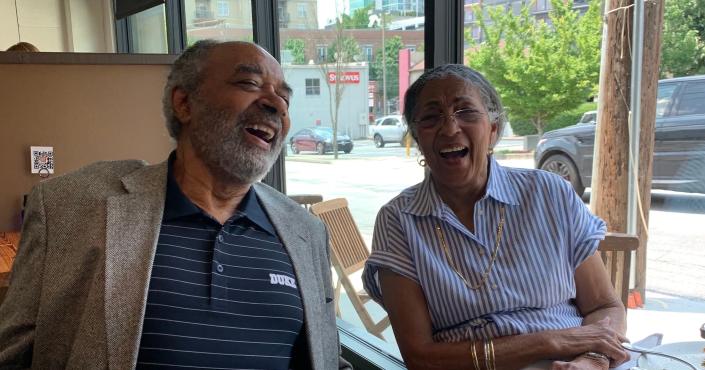 Gwen and James are celebrating 61 years of marriage.Gwen Middlebrooks

Read the original article on Insider