When Nicole Kubit got engaged in 2019 to her boyfriend of two years, Christopher Homa, she knew she had to incorporate her personal ethics and passion for sustainability into the big wedding day.

The couple chose Succop Nature Park for their wedding venue; the park is managed by the Audubon Society of Western Pennsylvania, a subdivision of the National Audubon Society, so Nicole felt their money would be going to a worthy cause. 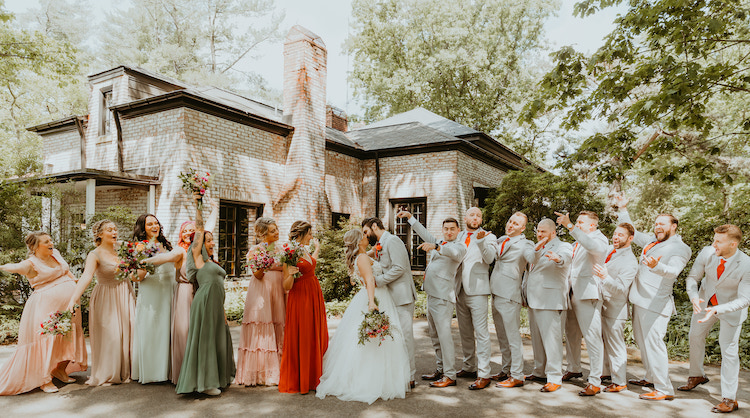 Another perk of the venue is its built-in sustainability measures, Nicole says. Succop Nature Park does not allow invasive floral species because it could disrupt the park’s ecosystem, and rice is not allowed to shower the couple since the birds could eat it.

Succop also uses glassware instead of paper or plastic dishes and donates all excess food to a food bank, meaning Nicole did not have to worry about taking these things on herself.

For the decorations, Nicole spent the time leading up to the wedding on Facebook groups such as “Your Trash Is My Treasure,” where members post used items and others are able to collect them.

“I started putting out solicitations, and I kept stalking them on my own. And I got, I want to say, 90% of all my decor, if not more, from recycling trash groups,” Nicole says. 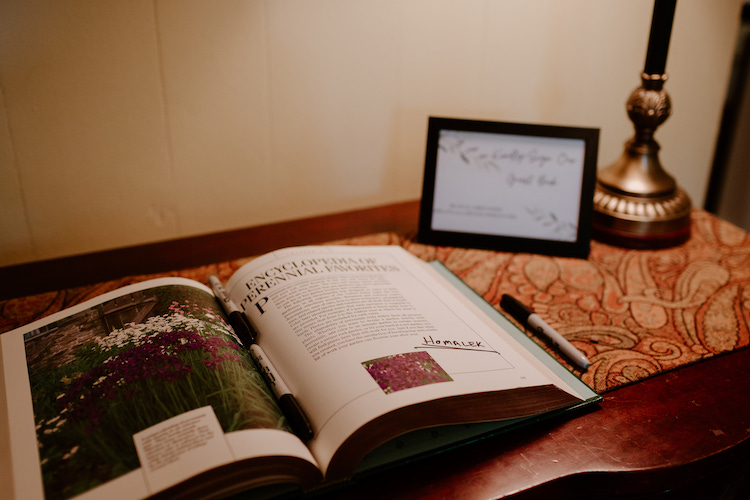 This practice of reusing old items is Nicole’s sustainability mantra, as giving an item a second life lessens the waste that comes from throwing it out instead. She wore her mother’s jewelry instead of purchasing new, and she purchased recycled paper invitations and opted to go without the majority of classic signage for the venue. Even Nicole’s guest book was a gardening book she reused.

“You’re like, do I really need signage?” she says. “Will people figure out where the bathrooms are on their own? Probably.”

When it came to flowers and floral arrangements, Nicole punched holes in wildflowers and hedges for her flower girl to throw and her stepsister’s friend collected flowers and weeds from her backyard to use in the wedding. Nicole did purchase some flowers from Trader Joe’s, but she says the majority was a collection of weeds, grass and wildflowers. 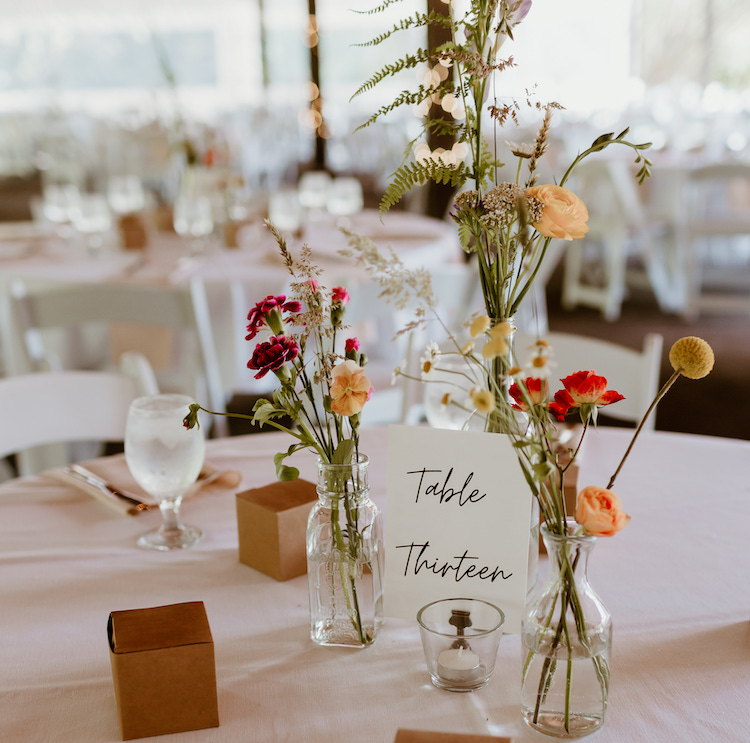 Nicole had a few tips for couples that want to have a sustainable wedding for themselves, such as giving items a second or third life and investing the time. A natural venue was a great place to start.

“The venue itself is so beautiful, it doesn’t require a lot of décor; you don’t need lighting and tulle and sparklers,” she says. “I didn’t have to compensate for it being a, I hate to say it, like a bland white hotel conference room.” 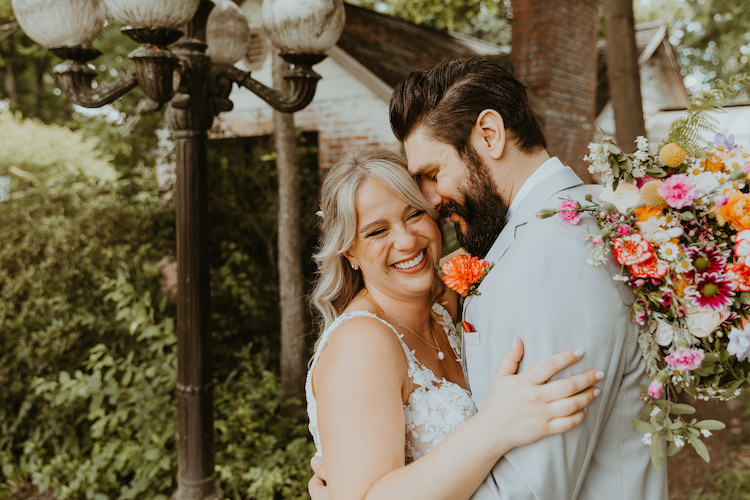 Looking for reusable decorations online takes time, as does eco-friendly wedding planning, but Nicole thinks it is worth it in the long run.

“Sustainability was important because the wedding industry at large, in my personal opinion, is such a monster and it is just such a wasteful day … but it does not have to be a wasteful day,” she says.

For the future, the couple has dreams of opening a bed and breakfast that would be a sustainability forward business.