Weddings are some of the most beautiful celebrations out there. Two people professing their undying affection for one another, gazing into each other’s eyes, and accepting each other as they are is something fairytales are made of. However, more often than not, weddings are also places for family drama and heightened emotions.

The story we’ll be looking at today involves both—a happy married couple and a glass of maliciously spilled wine down a guest’s dress. Said guest, named magicmanbutagal on Reddit, wanted to ask the community of r/AmIthe[Jerk] whether she was in the wrong for how she acted after the groom’s family ruined her dress.

This story is juicy, to say the least—or winey if you like to be punny—and we encourage you to stick around to the very end for the verdict by the community. Who’s in the wrong, who’s in the right, the judges of AITA will decide! If you’re craving another story after this, Bored Panda has another article right here. Now let’s get into it!

Weddings celebrate love and unite families; however, they’re also the perfect storm for drama to take place, especially with all the wine around

One woman wanted some clarity after the groom’s family decided to ruin her brand new ‘inappropriate’ dress. Was she in the wrong for how she acted? 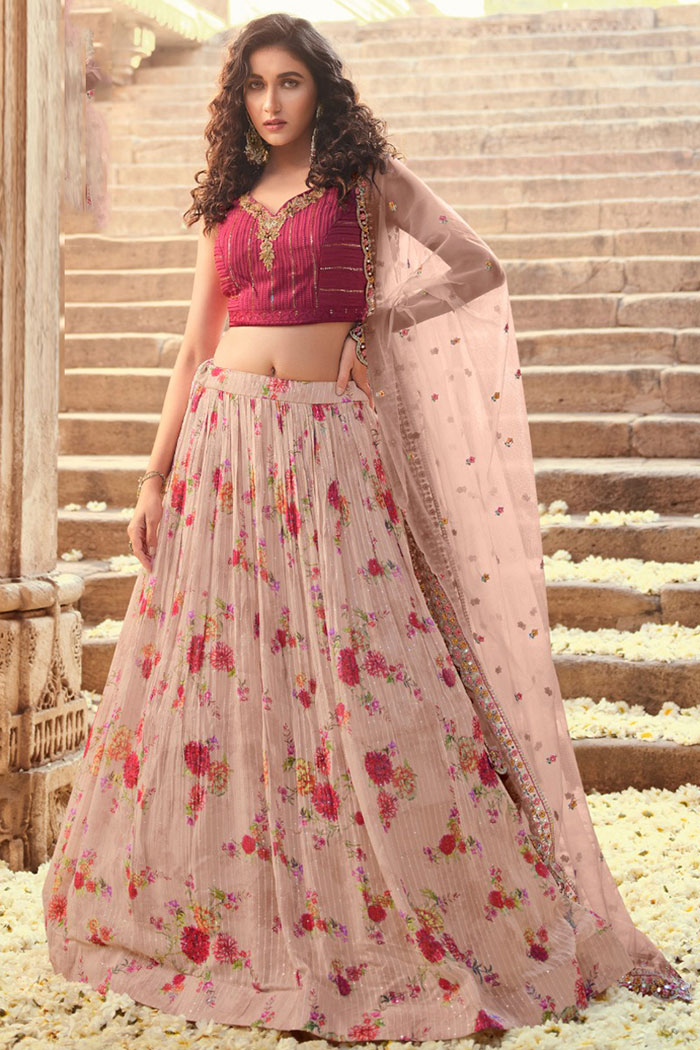 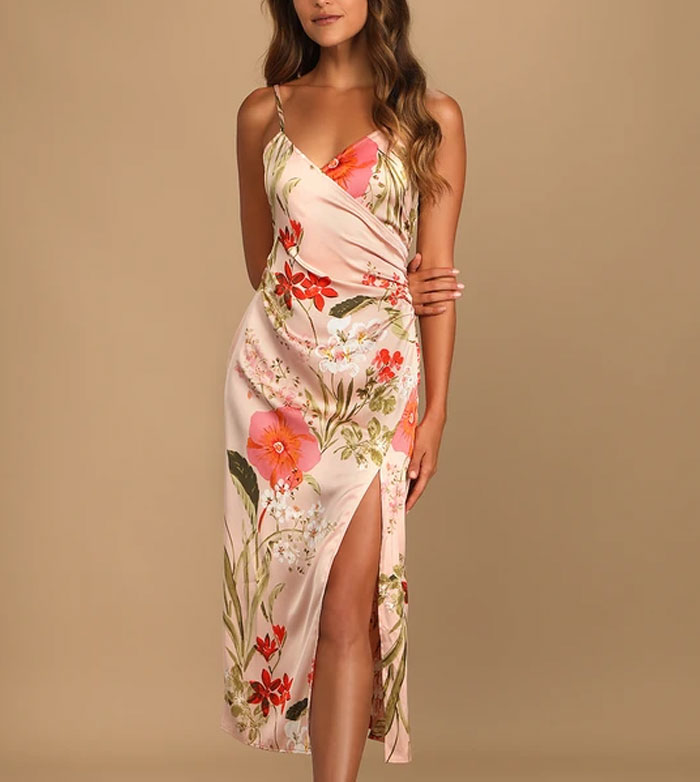 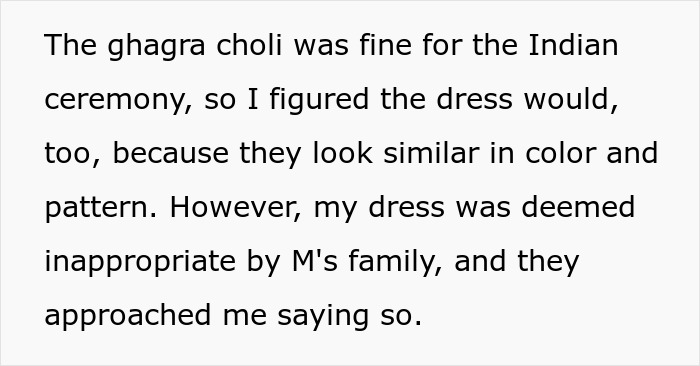 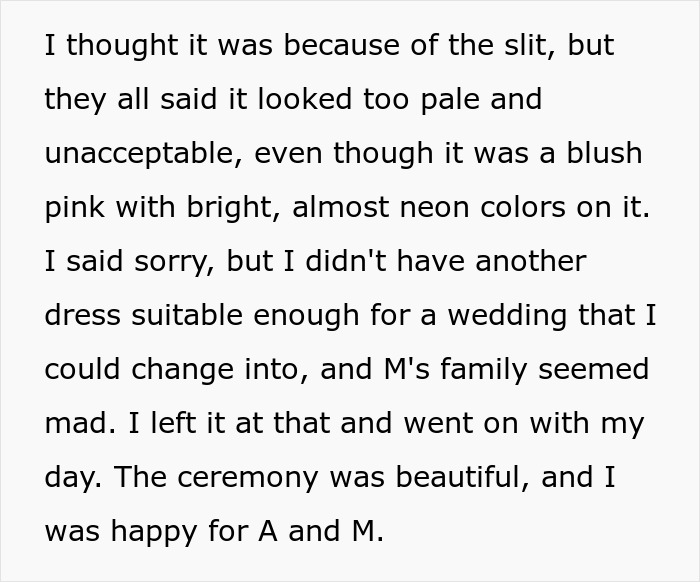 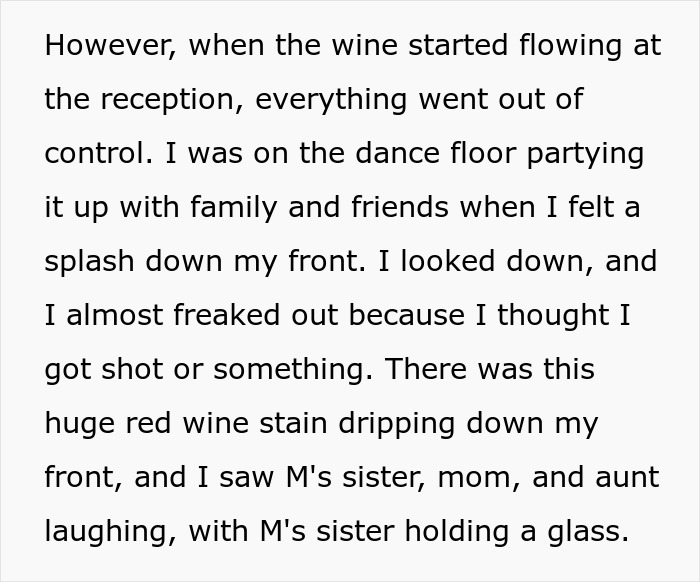 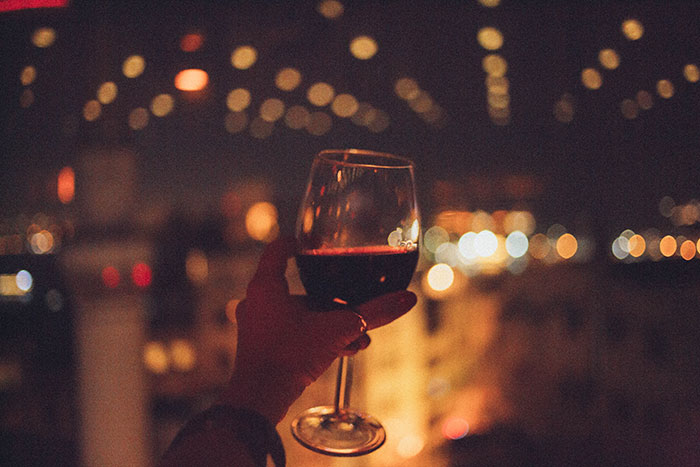 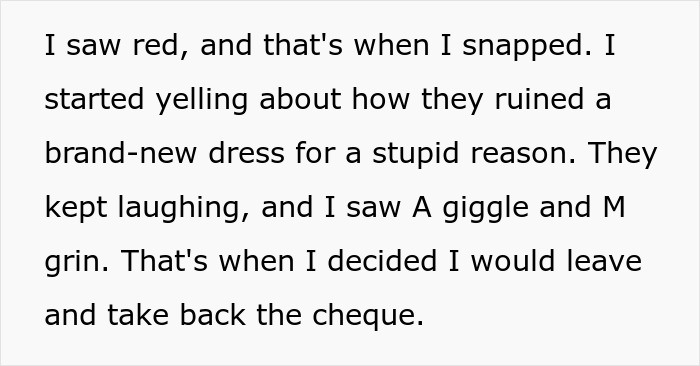 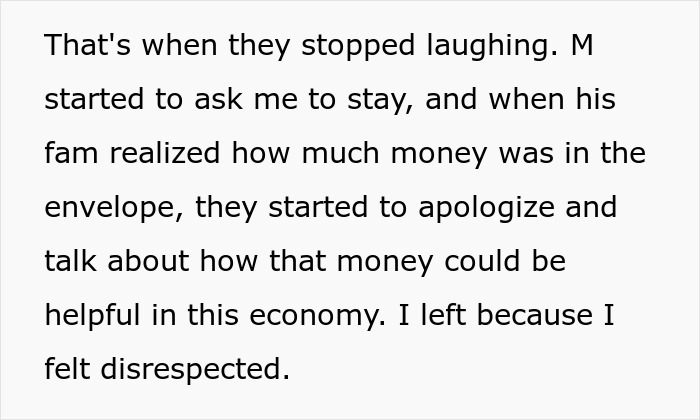 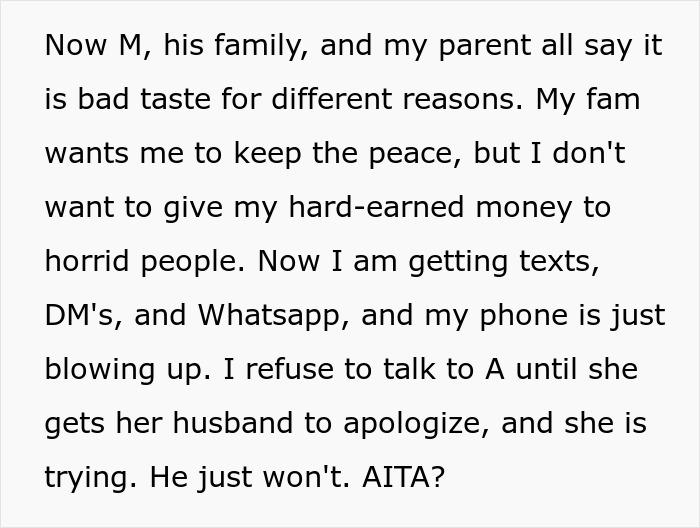 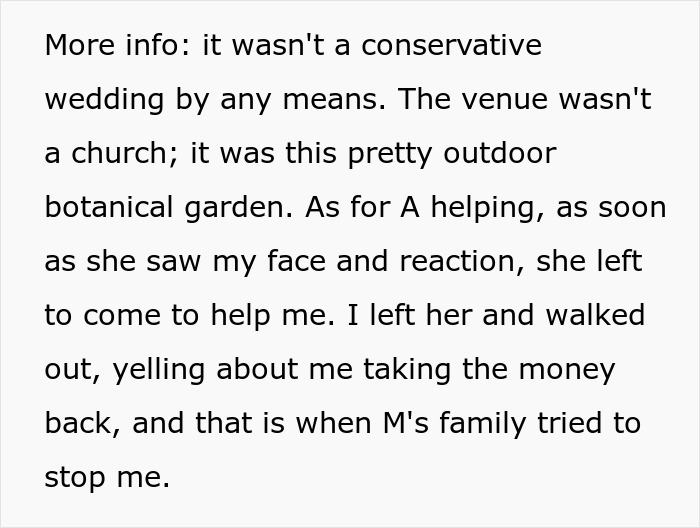 Dress sense is subjective, and what seems appropriate is often left to the eye of the beholder; however, one thing can be agreed upon—regardless of circumstances, no one should feel entitled enough to ruin another person’s outfit just because they don’t approve of it. There are exceptions to this, but they’re not present in this story.

The fact that the groom’s family felt comfortable enough to have one of their own throw a glass of red wine over the bride’s cousin and then laugh in her face afterward is one big red flag that should never be taken lightly. Abuse comes in many shapes and sizes, but it often sees the use of violence to control and/or harm another.

The abuse can be physical, emotional/psychological, or sexual, and in this case, it seems to be a combination of the first two, especially considering the tone change after the woman decided to take back her gift and leave. The gaslighting and manipulation that commenced to even leave a glimmer of doubt in the woman’s mind that she was in the wrong is something that needs to be addressed.

It’s okay not to be okay about how you’re being treated. And it’s okay to take action about not being okay. If family is the denominator, imagine your situation being exactly as it is but with your abuser being a non-family member—would that make you look at it differently? James St. James states that it’s important to speak up about these things and know when it’s time to distance yourself from mistreatment.

If you ever find yourself in a similar situation with red wine dripping down your garments, here are some tips as to how to prevent it from staining. According to my own experience—immediately put it under cold water. As stated on La Crema, don’t scrub it, don’t use heat, and don’t wait too long. Like any liquid, red wine will move toward anything dry that it comes into contact with, so you can use some salt; let it suck up the wine for a couple of minutes, and apparently, that’ll do the trick.

We hope none of you have to deal with this sort of thing yourselves and that the situation will sort itself out for the Original Poster. As one can imagine, the internet declared the woman not to be the jerk in this situation! But leave us your thoughts in the comments; would you have done anything differently? Let us know, and I’ll see you in the next one!

The internet was quick to come in with reassurance that she was in no way the jerk. Let us know your thoughts on this in the comments! 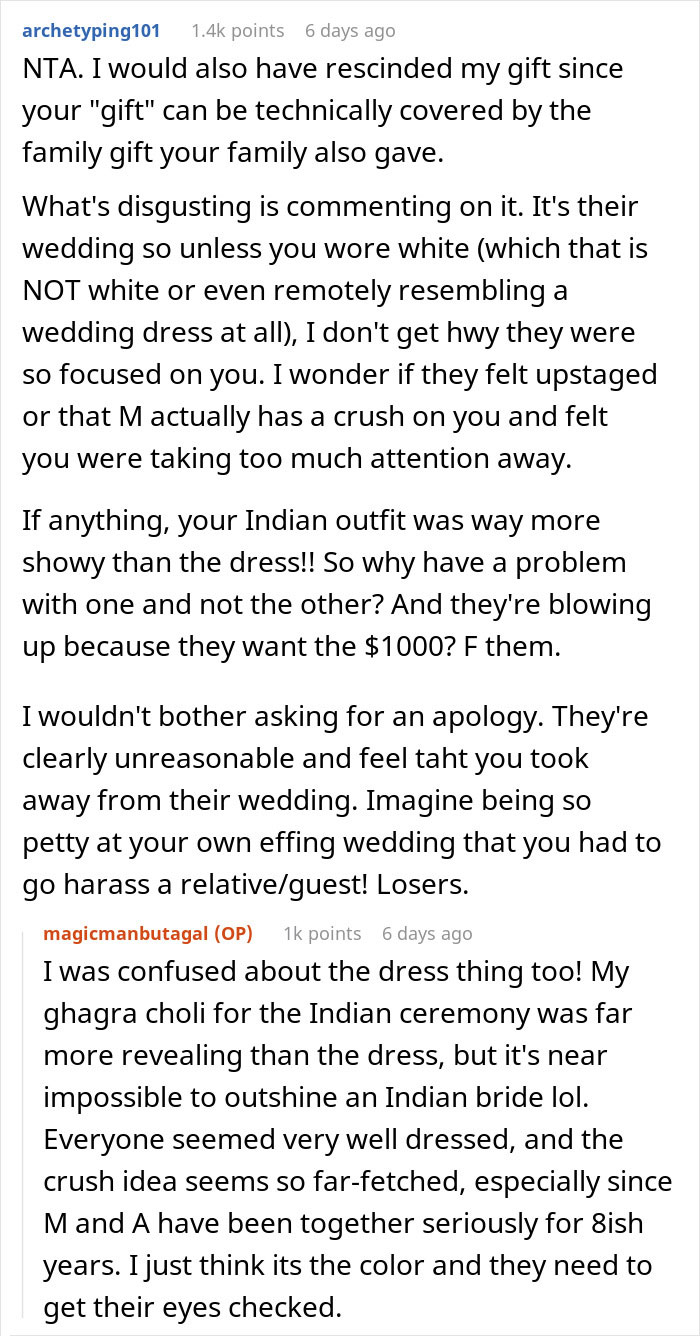