Ashley, from Boca Raton, Florida, and Michael, originally from East Islip, New York, exchanged vows on the Cliffs of Moher in July 2021.

Both Ashley and Michael work in law enforcement at Palm Beach County Sheriff’s Office — Ashley as a lieutenant and Michael as a deputy sheriff — and it is there that they first set eyes on one another.

“Initially we met when I was an intern and Michael was a deputy sheriff at the Palm Beach. We became partners and eventually became best friends. In August 2013, we started dating and officially became a couple/moved in together June 15, 2014. 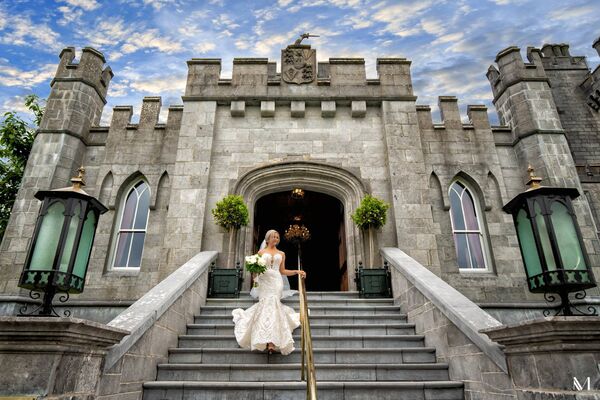 “We continued to work together until I got promoted to sergeant in July 2017.”

Ashley had always dreamed of getting engaged on a New York rooftop, surrounded by friends and family with a photographer to commemorate the moment. 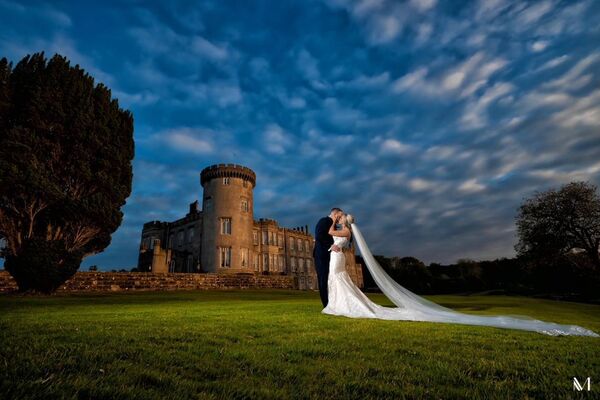 The reality was different.

“He proposed in a cemetery. Just us. No friends, no family, no photographer, and no rose petals or flowers,” said Ashley.

“My grandmother had passed away on the day of my promotion ceremony back in July 2017. Prior to her unexpected death, she and Michael were extremely close and she always wanted us to get married. We visit her grave to bring her flowers so on December 31, 2018, it wasn’t out of the ordinary for Michael to call and ask me to meet him there. 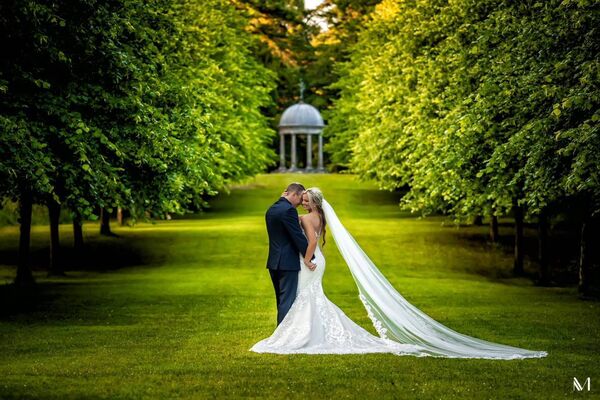 “We started having a conversation when Michael said, ‘Wouldn’t it have been nice for grandma to be at our wedding?’ He then got to one knee, started digging in his pocket, and said, ‘Well, she can’t be there physically for our wedding, but she can be here for this. Michael pulled out this gorgeous ring and I was stunned’.” 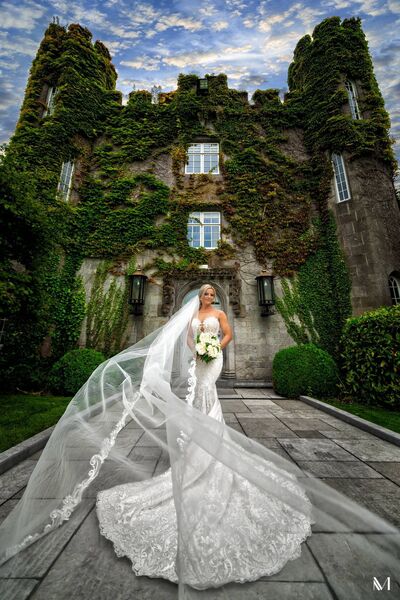 As they set about organising their wedding, they did not find a venue that suited them. “One afternoon as we were walking our dogs, Michael nonchalantly looked at me and suggested we elope. I definitely winced at the idea because despite not having any true visions, I am traditional.

So, I asked Michael, where he’d like to elope, thinking he’d say somewhere like New York City as that’s our favourite city to travel to. Michael responded with ‘What about Ireland?’ 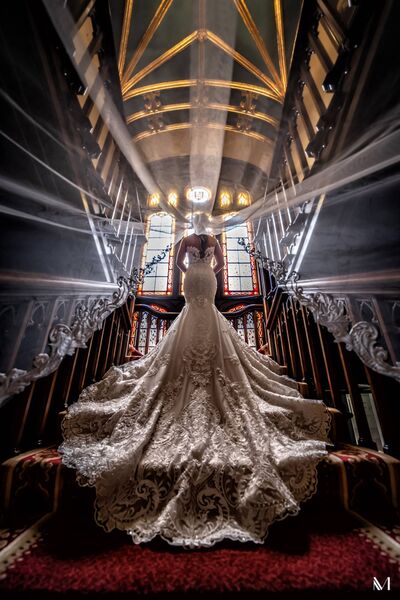 “Ireland has always been one of our bucket list vacations but, I didn’t know the first thing about planning a wedding locally let alone across the ocean in another country. But, the idea grew on me.”

A Google search produced the company “Eloping in Ireland” and they got in touch with Stephen Neary of the company.

They were married at the Cliffs of Moher on the evening of July 1, 2021, having had to reschedule their April date due to Covid. 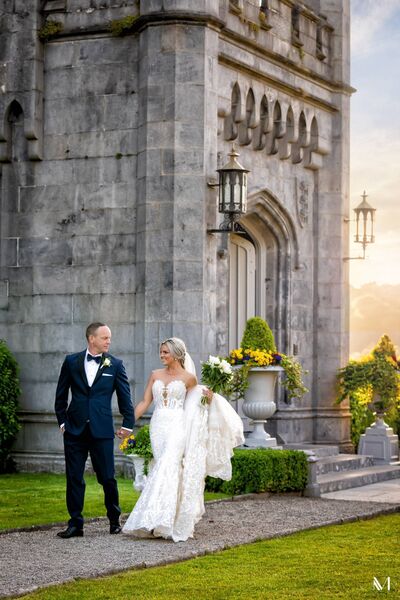 “Because we eloped, we had an intimate dinner at the Dromoland Castle after our wedding ceremony.”

Mario Munoz of Munoz Photography of Fort Lauderdale, Florida, captured the occasion on camera, assisted by his wife Lauren, while the videography was by Love Struck Films.

Tango dress hire in Dublin supplied the groom’s tuxedo while the bridal hair and makeup were by Katrina Cullen and Linda Tubridy respectively, with Helen Hopkins supplying the flowers and Órga Car Service the transport. 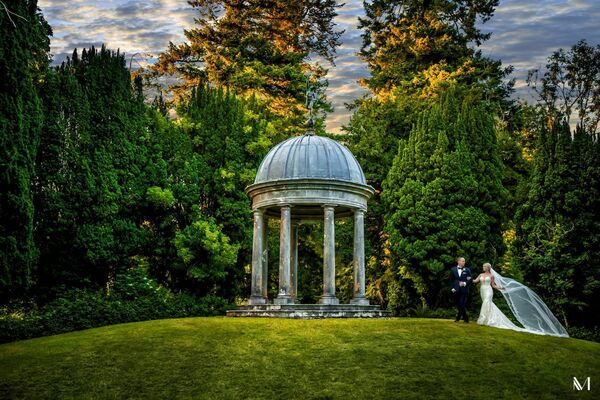 The Florida-based newlyweds plan to honeymoon in Hawaii in early 2022 but also want to cross the Atlantic again soon. “I’m already planning a trip back to Ireland to celebrate our one-year anniversary. We loved Ireland so much, especially Cork that we cannot wait to come back,” said the bride.

“Someone who made our day all the more special is Chris Harold, event manager of Castlemartyr Resort, who we met during our two-week vacation in Ireland when we stayed in Castlemartyr from June 28-30. 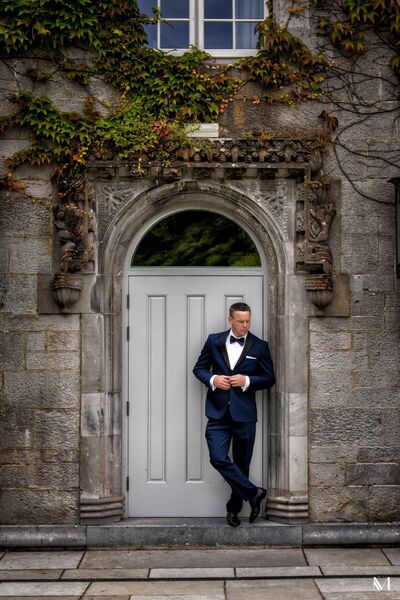 From the moment he heard we were there celebrating our wedding he went full-blown fairy godmother. He helped get us reservations to exclusive restaurants and somehow tracked down our lost luggage.

He was this beautiful beacon of wholesome kindness and he had called Dromoland Castle prior to our arrival and had certain arrangements made just for us and he drove from Cork to Dromoland the day of our wedding just to deliver a heartfelt, handwritten note.

We enjoyed Cork so much that we cut our stay in Dublin (the last leg of our trip) short by two days just to go back to Cork.”