While a section of the Internet is busy crushing over  Patralekhaa’s bridal look, we want to borrow your attention to also notice the sister of the bride – Parnalekha. On Monday, actress Patralekhaa married her longtime boyfriend and actor Rajkummar in an intimate ceremony in Chandigarh, in the presence of a few friends and family members, pictures from which are trending big time. For her wedding, Patralekhaa picked a red lehenga from the shelves of Sabyasachi. For her sister’s wedding day, Parnalekhaa was a vision in white. She accessorised her look with a statement necklace, earrings and tinted sunglasses.

Parnalekha posted this picture with her sister and her brother and she captioned it: “Missed you Papa.”#patraj. See the post here:

She also posted a picture with Rajkummar Rao, Patralekhaa and other family members and she wrote: “To love and to the sanctity of marriage. Welcome to the family, Raj! Our love and our gratitude knows no bounds. #mytribe #patraj.” Patralekhaa commented on the post: “You look stunning Sils…” Rajkummar Rao dropped a heart emoji.

For her sister’s engagement, Parnalekha wore a white pantsuit. The Paul sisters can be seen twinning in white in this photograph: 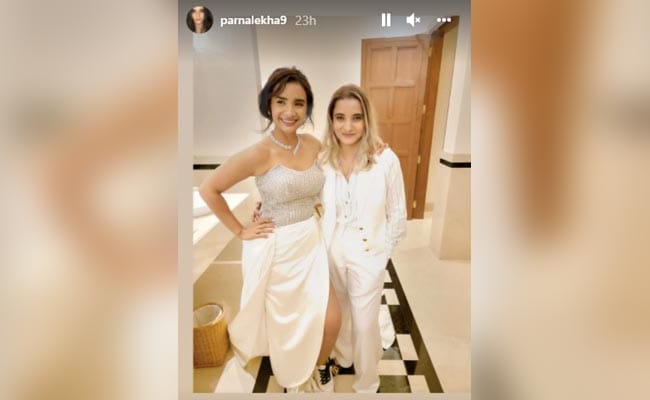