The 33-year-old quit his job in corporate banking after 10 years. Today, he is a full-time entrepreneur, investor, and podcast host.

Tartick documents his journey — and the triumphs and stumbles along the way — in his new book: “The Restart Roadmap: Rewire and Reset Your Career.”

The self-help book comes at a time when workers are more aware than ever about the jobs they select, as quit rates skyrocketed throughout the pandemic.

According to the Bureau of Labor Statistics, a record number of workers quit their jobs in 2021. In December, 4.3 million Americans left their positions, down slightly from the record 4.5 million in November.

With the U.S. economy notching another sizable payroll gain in March, many workers continue to leverage the strong job market to their advantage — and make meaningful changes to improve their quality of life.

“The first thing you have to do to restart [your career] is you have to rewire. Understand what put you in the position you are today, and then really address the things you have to fix,” Tartick told Yahoo Finance during a recent interview.

He highlighted mobility, compensation, fear of complacency, fear of change, and passion as five areas that workers should address when analyzing a career pivot.

“I think you first rewire how you got there. Then you identify which of those five are the main pain points, and with those, there’s going to be different customized solutions — I address all of the different solutions for each of those items [in the book],” Tartick continued.

Jason Tartick appeared in season 14 of “The Bachelorette”

The former reality star went on to explain how important it is to have a financial plan that allows you the freedom “to leave and pursue your own story and write your own roadmap.”

After saving and negotiating high-level pay raises and bonuses, Tartick cited his appearance on The Bachelorette as a prime example of how his financial set-up allowed him to break the typical corporate blue print; although, he revealed that many people in his inner circle discouraged him from joining the show.

“I did something that everyone told me not to do, and while I had a plan, that decision [to go on The Bachelorette] completely put things in a whole new direction and changed where I live, what I do, and even who I’m engaged to,” he said. 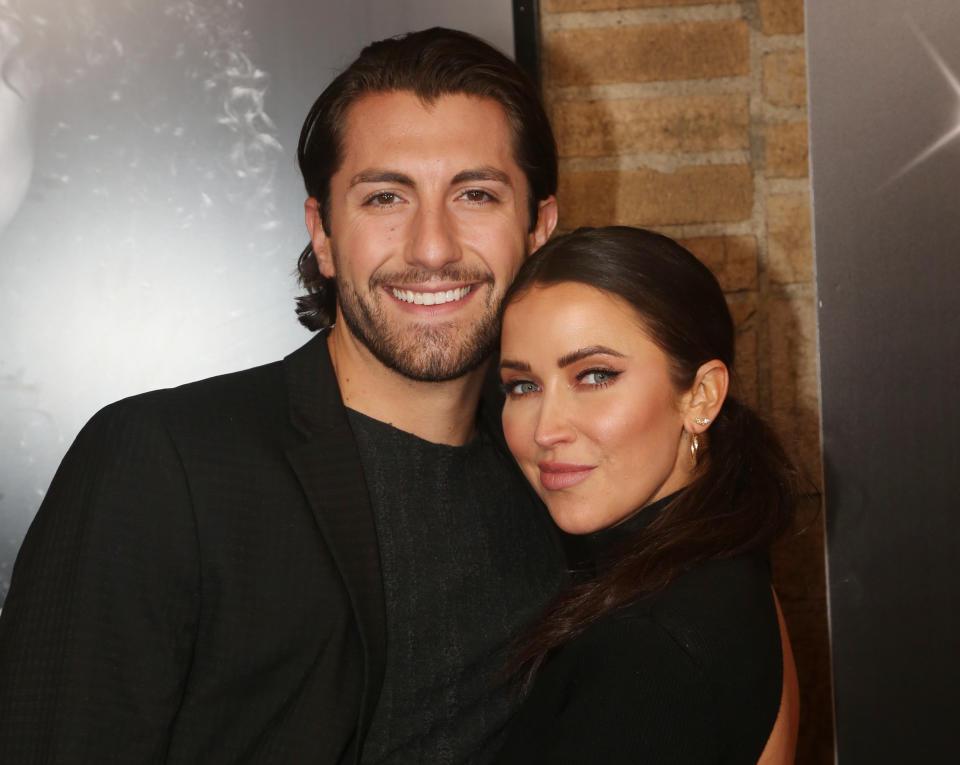 NEW YORK, NEW YORK – NOVEMBER 16: Jason Tartick and Kaitlyn Bristowe pose at the 25th Anniversary of “Chicago” on Broadway at The Ambassador Theater on November 16, 2021 in New York City. (Photo by Bruce Glikas/WireImage)

“I might have to write a book just on wedding budgeting, because when you put the word wedding in front or behind anything, that price point goes up 5X,” Tartick lamented.

He added: “I talk about negotiating for your annual salaries and your raises, but you have to negotiate every single angle of the wedding process because the margins on this stuff is absolutely nauseating.”

Tartick said to combat overspending, the couple funnels their individual budgets into a joint account to “dollar cost average” their finances. He also explained how they are particularly selective and thoughtful when it comes to premium add-ons like flowers, invitations and even wedding dates.

“You really have to pick and choose, [but] now more than ever, there’s so much technology that can be implemented into the wedding planning process that can drive efficiency and decrease costs,” he revealed.