It was an eyebrow-raising experience.

An Australian bride visited a new beautician to tend to her eyebrows — only to suffer a terrifying allergic reaction that left her hospitalized for two days after the wrong procedure was allegedly done, according to Kennedy News and Media.

Tamika Cleggett had wanted a waxing and coloring of her eyebrows but claimed they were instead tinted by mistake. The 30-year-old is allergic to tint and her eyebrows became irritated.

“It was an itchy reaction at first and I put eye packs on it, but it didn’t do anything,” Cleggett told the news service. “And then I had a burning sensation — it’s like this hotness that you try and scratch but it makes it worse.

“It blistered quite badly, almost like a burn, then scabbed.”

Tamika Cleggett suffered a severe allergic reaction to an eyebrow tinting that left her eyes “completely sealed,” she said.Kennedy News and Media 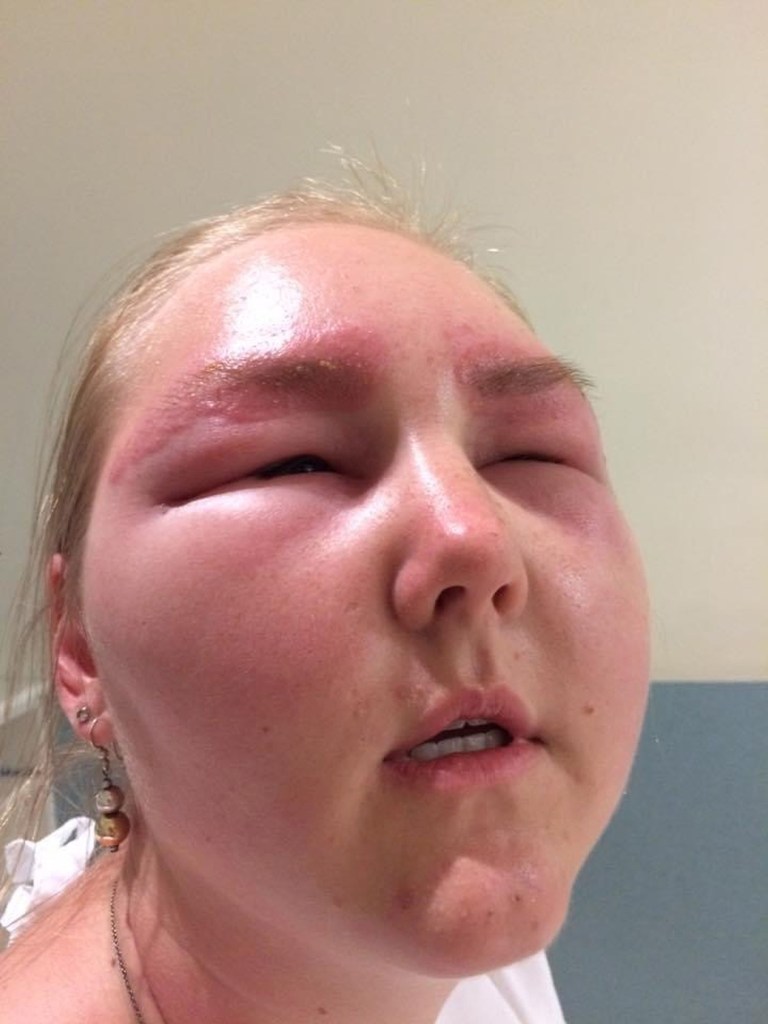 Cleggett knew she had an allergy to tint but didn’t think to mention it to the beautician, who reportedly did the procedure without her permission.Kennedy News and Media 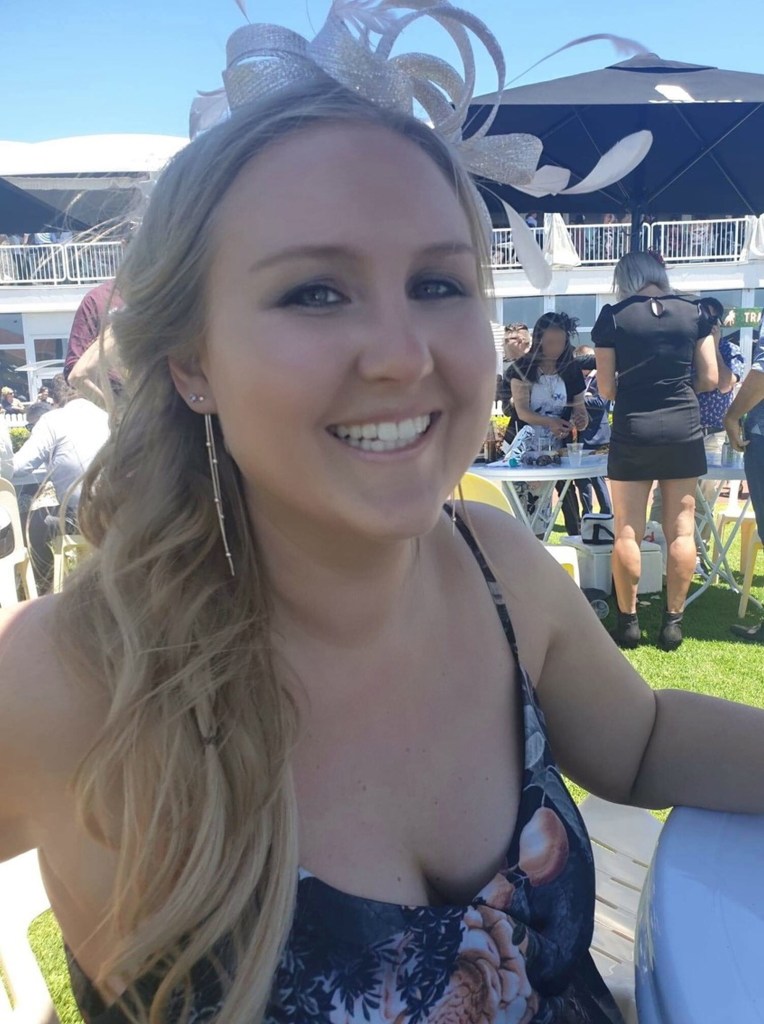 She nearly canceled her wedding after the allergic reaction.Kennedy News and Media

Her allergic reaction intensified to the point that her eyes “completely sealed” and she couldn’t see for 24 hours, she recalled. Cleggett said she was hospitalized for two days and had to be monitored to “ensure the reaction didn’t spread to her throat and block her airways,” according to Kennedy News.

“It was definitely the most painful thing I’d ever experienced. For at least four days it just kept on getting worse and worse and then the fluid build-up stopped,” Cleggett said.

“It dropped further down my face and that’s what made me look a bit deformed.” 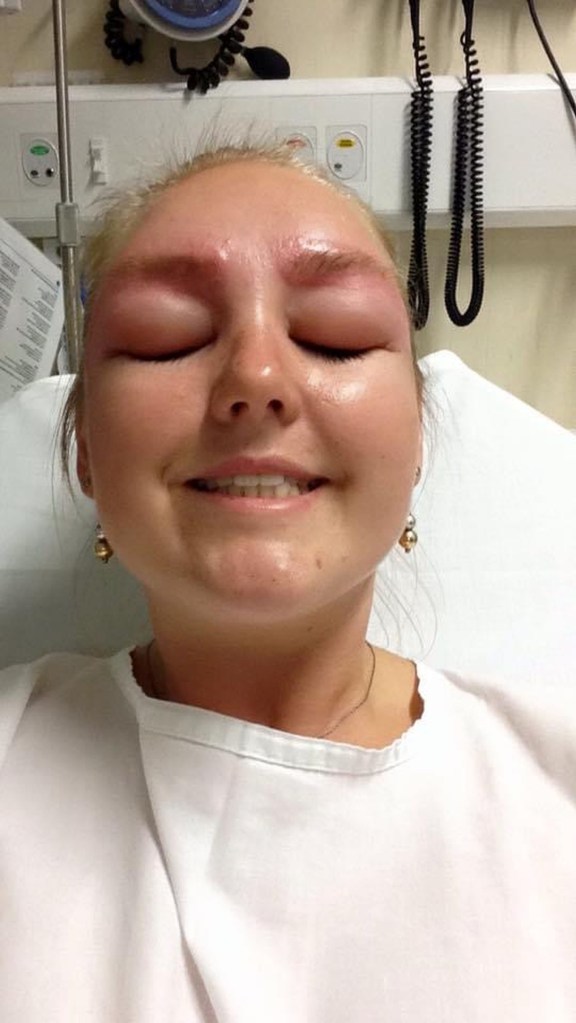 Cleggett said she was hospitalized for two days and had to be monitored to “ensure the reaction didn’t spread to her throat and block her airways,” according to Kennedy News.Kennedy News and Media

The incident happened in April 2016 — four months before her wedding.

“I was worried I would walk down the aisle looking like an alien,” she said. “I would have canceled the wedding and eloped.”

The retail manager did make a full recovery and recently decided to share her story on TikTok — where it has amassed more than 220,000 likes, comments and views — to raise awareness and encourage people “to do patch tests” before beauty treatments. Cleggett knew she had an allergy to tint but didn’t think to mention it to the beautician, who reportedly did the procedure without her permission.

“My sister said that I look like an alien and multiple people on TikTok have made that comment, which I think is funny; at the end of the day, you just have to laugh it off.” 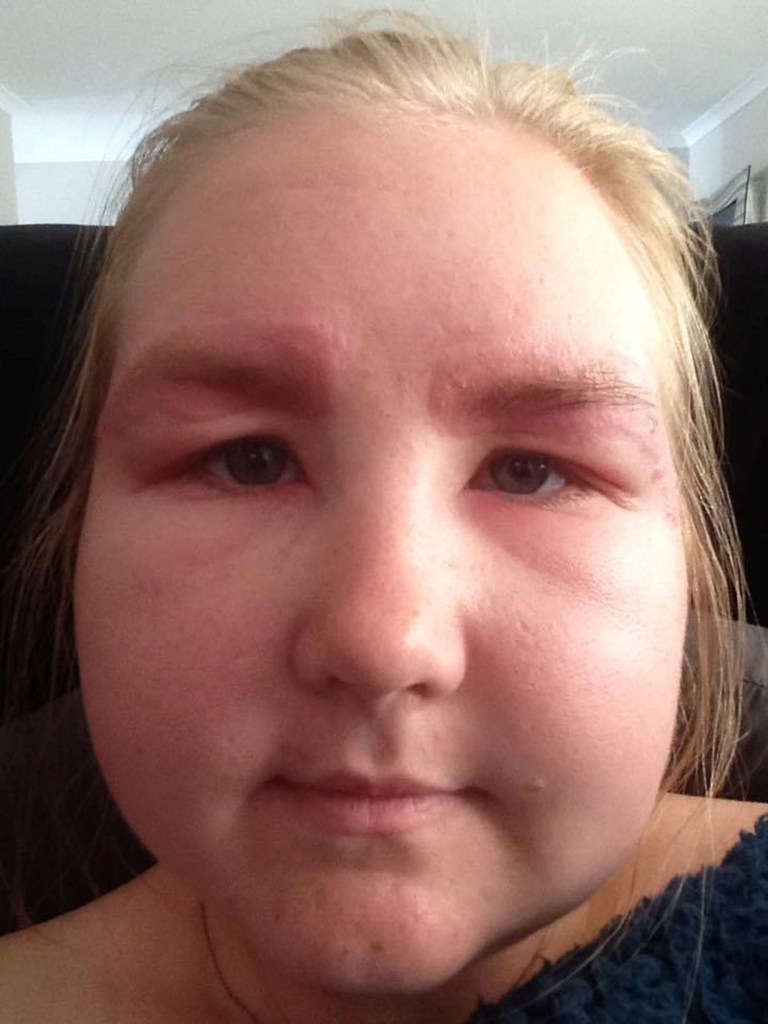 The allergic reaction happened four months before her wedding.Kennedy News and Media 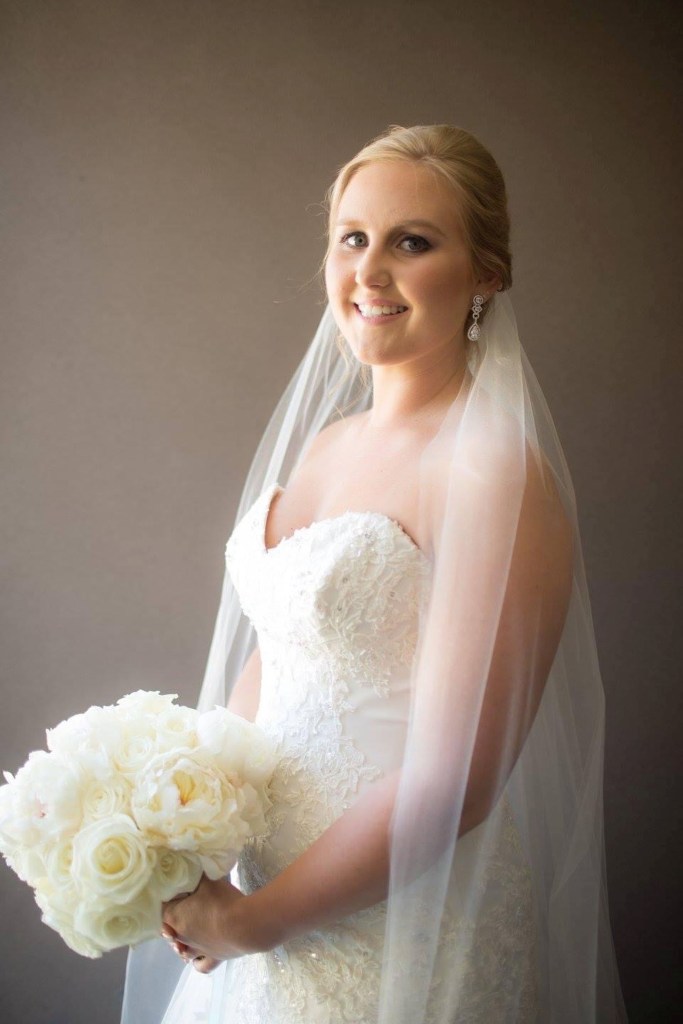 Fortunately, the reaction cleared up and Tamika Cleggett was able to walk down the aisle.Kennedy News / Copyright unknown

During the time of her allergic reaction, she and a friend even went out to a local event.

“She actually walked me around like I was literally a blind person, hopping on these rides with the kids and stuff. I can only imagine what I looked like and how much I scared the kids,” she recalled.

“In hindsight, I told her maybe it wasn’t a good idea,” she said. “I was Frankenstein to them.”