A BRIDE and groom have flustered their wedding guests by asking them to solve complicated maths equations if they want to be fed at the reception.

James and Gemma Sherred, both 32, from Shrewsbury, tied the knot on August 21 at Stanford Farm in Shropshire.

Bride and groom Gemma and James had a cheeky idea for their seating chartCredit: Caters 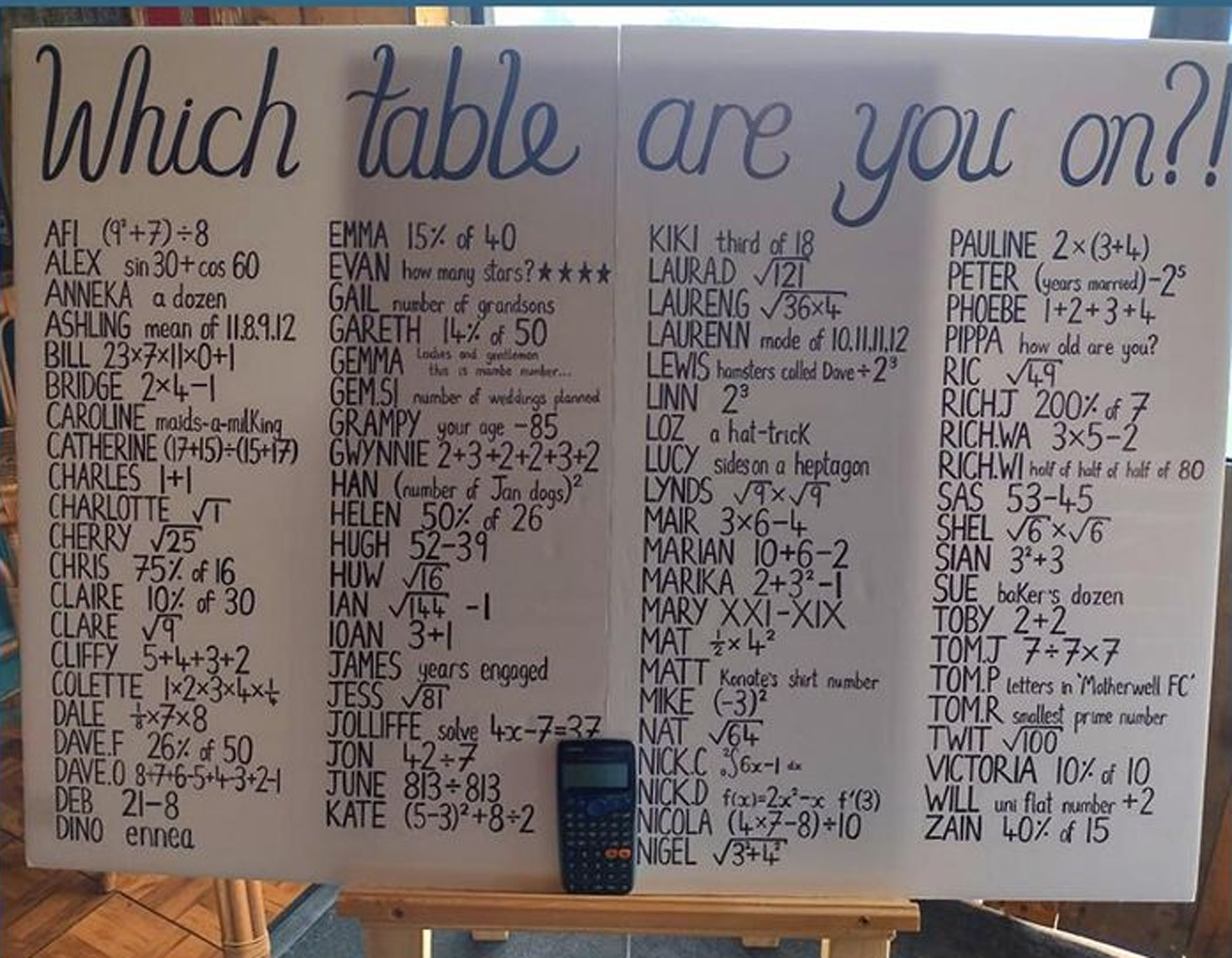 They asked their guests complex maths questions with a calculator providedCredit: Caters

The couple devised a cheeky seating chart that meant guests had to solve the maths problem alongside their name to find out where they were seated.

James is a secondary school maths teacher so isn’t a stranger to tricky maths problems but it was nurse Gemma who came up with the idea.

“I absolutely love maths, it was always my favourite subject and when we were thinking of ways to make the wedding unique to us, Gemma remembered a table plan she has seen at a wedding in Canada 10 years before and it seems a great way to add a maths test into our day,” James said.

“It started off as a joke but then we realised it was a fun idea that would hopefully get people talking.”

Those with the more difficult questions were also told to revise before the wedding.

“The people with really tricky problems I gave them a clue in advance,” James said.

“I told a friend from university to revise differentiation and told my sister she needed to brush up on trigonometry.”

While the thought of having to answer a complicated maths equation may sound like hell to some, Gemma and James weren’t cruel about it, as they provided a calculator on the day.

They also went easier on those who don’t have a penchant for the subject. For example, James’ brother had to figure out what 1+1 is to find his seat.

“As a joke I gave my brother the easiest question, even my four year old nephew had to work out 2+2,” James explained.

“Of course I gave another maths teacher one of the hardest ones and a really tricky problem to a friend who works as an accountant.”

As Gemma’s brother is a Liverpool fan, they asked him a question based on a player’s shirt number.

Their one regret from the event was that they didn’t get to see the faces of their friends who hate maths.

The groom added: “We were sad to not see people’s reactions when they saw it but people talked about it all night and it provided a great laugh.

“Friends and family really loved it. We were told there was an initial panic – people were saying, oh no not maths but they soon worked it all out and nobody went hungry.”

Gemma added: “We had a very chilled wedding, we camped on the site that night and it’s a really cool venue.

“The dance floor was full all night. I loved our day and just wish we could do it again.” 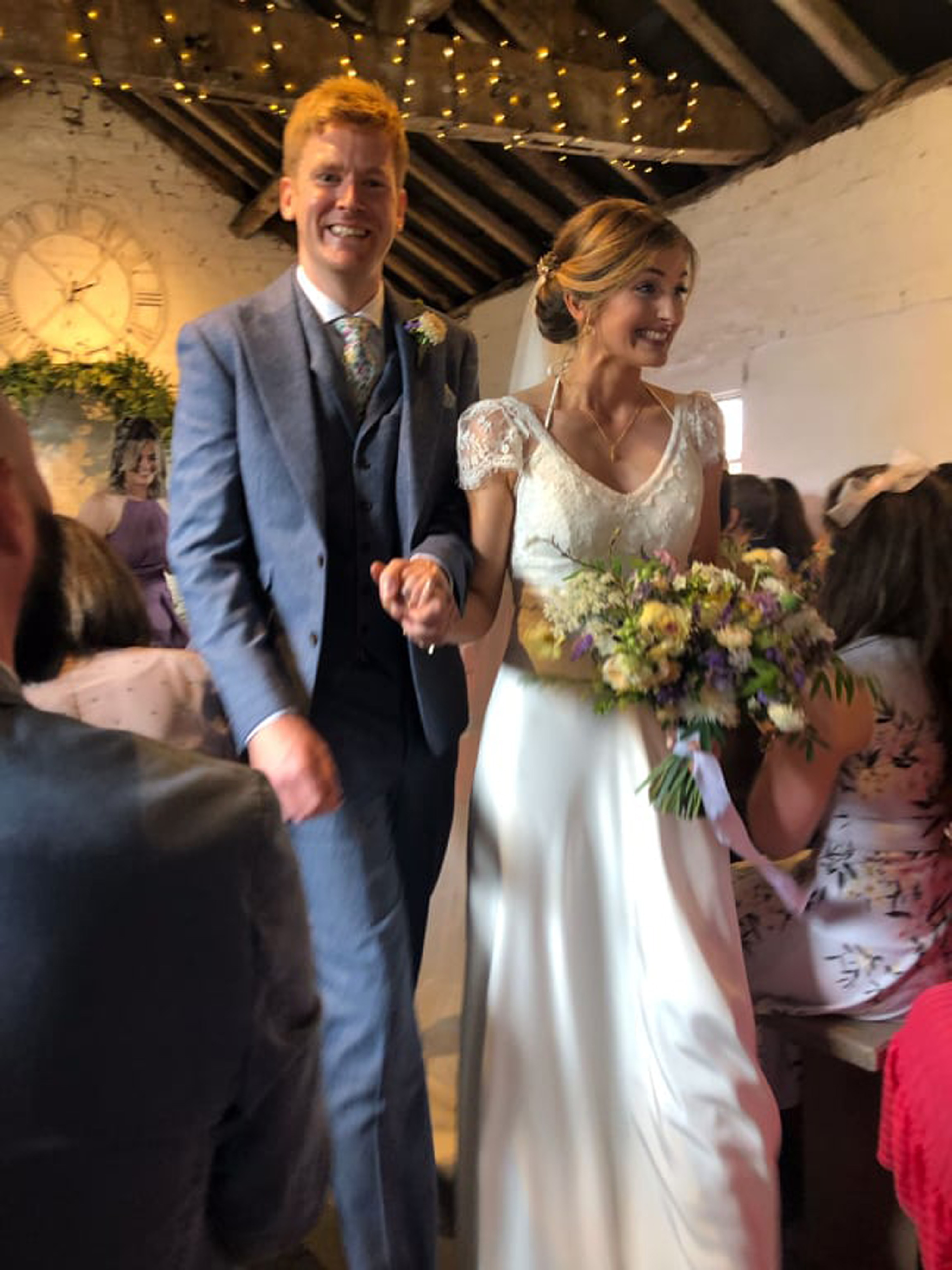 James is a secondary school maths teacher so isn’t a stranger to maths problemsCredit: Caters 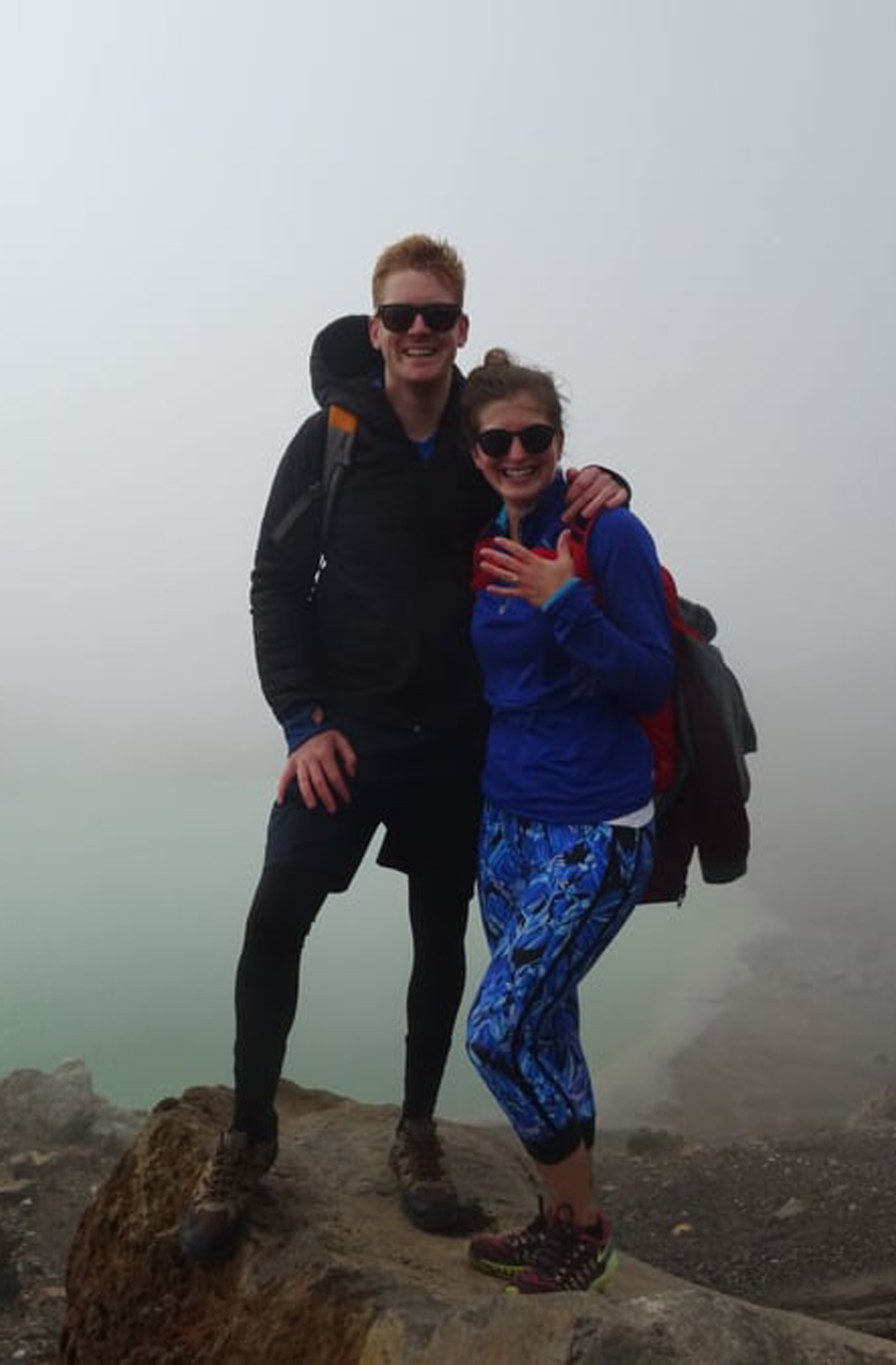 James proposed to Gemma while on top of a volcanic mountain

Elsewhere in weddings, I saved thousands when I found my dream wedding dress in a charity shop for £20.

Plus terrifying moment couple’s wedding venue sets on fire after letting off indoor fireworks during the first dance.

And bridezilla threatens to cut friends and family from her life after 140 guests refuse to pay £3k for her Thailand wedding.