A newlywed’s special day was nearly ruined by accidental overdose.

Bride Brandy shared footage of her groom, Billy, at the moment his behavior turned frightening on their wedding day, after his drink was spiked.

“Sharing his emotional story of having his drink spiked with crushed Adderall to bring awareness to the fatal consequences,” they wrote, in a TikTok with now more than 6.8 million views.

The heartbreaking clip shows Brandy standing outside in her wedding dress, trying to console Billy as he cries and struggles to gather his words.

“At this point I was worried he was gonna faint and fall down the mountain,” reported Brandy, seen trying to calm her flustered and disoriented husband-to-be.

“His heart was racing, his brain was moving faster than he could form words. He tried saying his vows to me but was unable to think. His emotions [were] heightened,” the TikTok reads.

In the comments she listed Billy’s symptoms, including “sweating, super red, heart racing, dry mouth, couldn’t form words, emotional ups and downs, confused at times, anger, doesn’t remember moments” — and admitted that she was worried he was going to have a stroke or heart attack.

Brandy eventually called for her groom to be evaluated by a nurse, and added that Billy was later drug tested. Meanwhile, the Parkside Resort wedding venue in Pigeon Forge, Tennessee helped to conduct an investigation to determine what happened, she claimed.

The couple, from Richmond, Kentucky, noted that they eventually learned that an unnamed wedding guest slipped some Adderall into the groom’s drink. 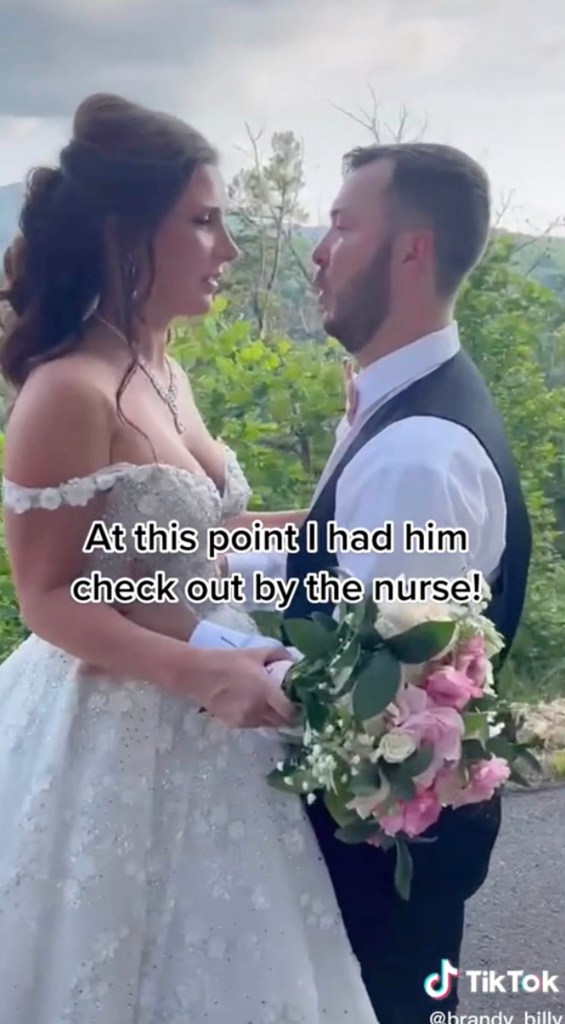 “Many people intentionally combined alcohol and Adderall in order to party harder and longer,” they wrote. “So they spike others drinks thinking they will be hype all night with them.”

“F–k you for causing such trauma to my family,” they concluded in a statement over the clip.

Adderall, a drug composed of addictive amphetamine salts, is primarily used to treat people with attention deficit hyperactivity disorder [ADHD], but can be dangerous when abused, or combined with alcohol — as the combination of stimulants and depressants may damage the central nervous system, American Addiction Centers warns, potentially increasing the risk of accident or seizure. 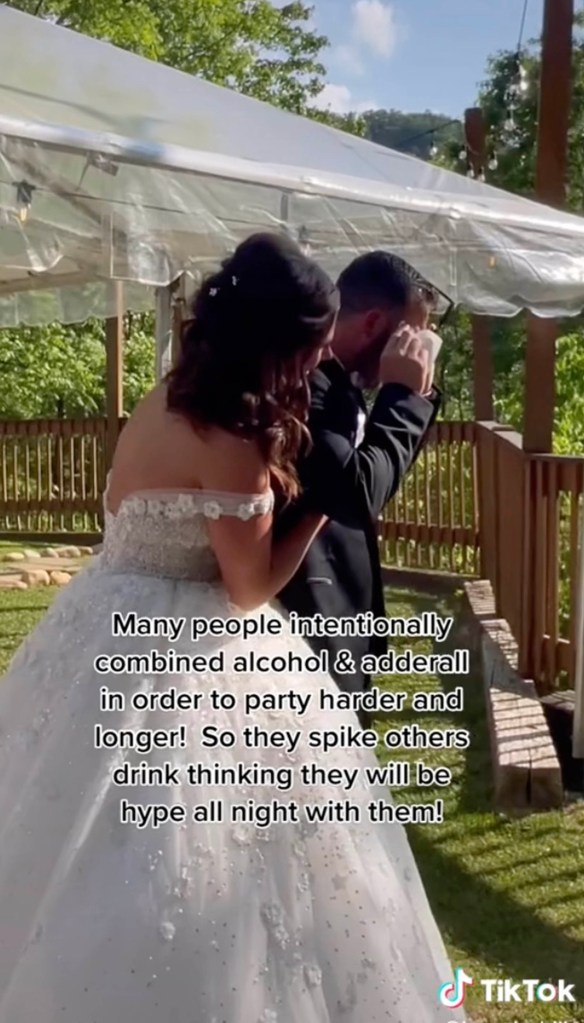 People flooded the comments with sympathies, as well as their own horror stories of mixing drugs and alcohol.

“I did this in college (my own prescription) & it was the worse. I thought I was gonna die – I’m so mad this happened to y’all on your wedding,” one viewer commiserated.

Others called for the couple to take serious legal action against whoever spiked Billy’s drink — and reap the damages to use on a do-over.

“Not me wondering if you can sue for the entire cost of your wedding and re-create a better one,” they suggested.

“That ‘friend’ would be arrested and gone from my life,” another declared.

The viral video also caught the attention of popular TikTokers Elyse Myers and Tinx, both of whom joined in the calls for a second wedding.

“Who would do such a thing! I’m so sorry! Whoever did it needs to pay for a do over,” Tinx commented.

“I NEED TO KNOW HOW WE CAN HELP Y’ALL HAVE A REDO,” Myers sweetly demanded.