A BRIDE revealed she had to spend another thousand bucks at her wedding when she was forced to buy a second dress.

Her alterations had gone so wrong that she just had to start from scratch.

A bride ended up with a wedding dress riddled with butchered alterationsCredit: TikTok/Kayla Knight 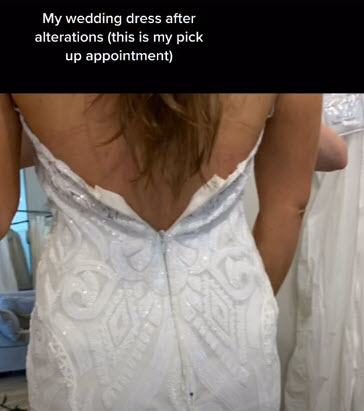 She could not even close the dressCredit: TikTok/Kayla Knight

A fitness guru and soon-to-be bride, Kayla Knight, shared how badly her dress looked when she went to pick it up after alterations.

During her appointment, Kayla tried it on, as it is customary.

Once on, she noticed the bra insert in front had been sewn in wrong and peeked through her dress.

The low back had also been altered to the point where the fabric looked stretched out.

In addition, it seemed like it had been taken in on the sides too much because her zipper would not go up.

Because the dress looked so bad, she was forced to seek another option.

Therefore, just two weeks before her wedding, she went on the search for a second dress.

The second one was very similar to the first, but it was made out of satin rather than lace.

Despite the tragic situation and unnecessary spending, many of her followers actually claimed the butchered alterations “were a blessing in disguise.”

One person wrote: “Your new one is breathtaking!”

A second one commented: “Everything happens for a reason and that new dress is the reason!”

And a third shared: “Honestly, blessing in disguise because that new one was made for you! Dare I say, way better than the first one.” 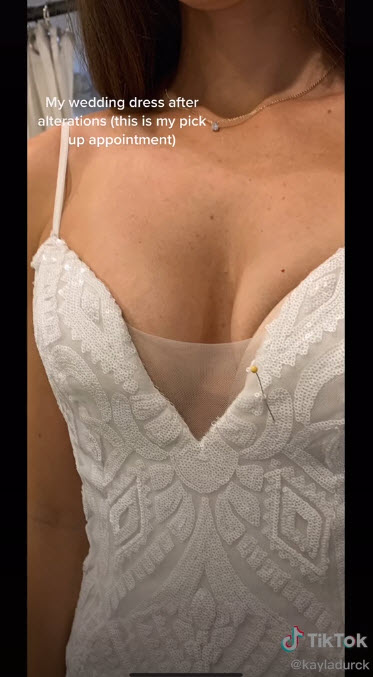 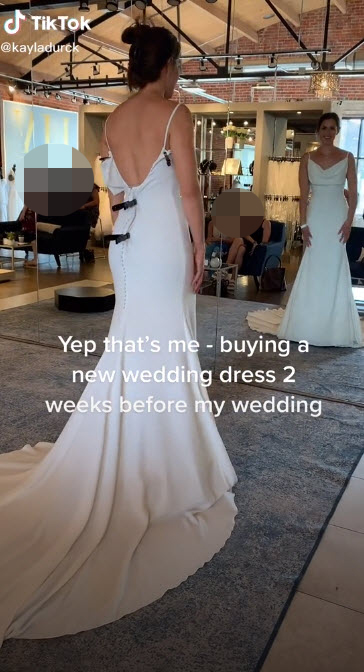 She ended up buying a second dress, which many claimed was betterCredit: TikTok/Kayla Knight