Alia Bhatt and Ranbir Kapoor’s wedding festivities started on Wednesday with a mehendi ceremony, attended by close friends and family members. Of course, Alia Bhatt’s bestie Akansha Ranjan Kapoor was on the guestlist. The actress shared a glimpse of her OOTD from the mehendi. She picked a white ensemble and shared a car selfie on her Instagram stories. She simply added a smiley. No caption needed. Akansha Ranjan Kapoor and Alia Bhatt are childhood friends and frequently feature on each other’s Instagram profiles. 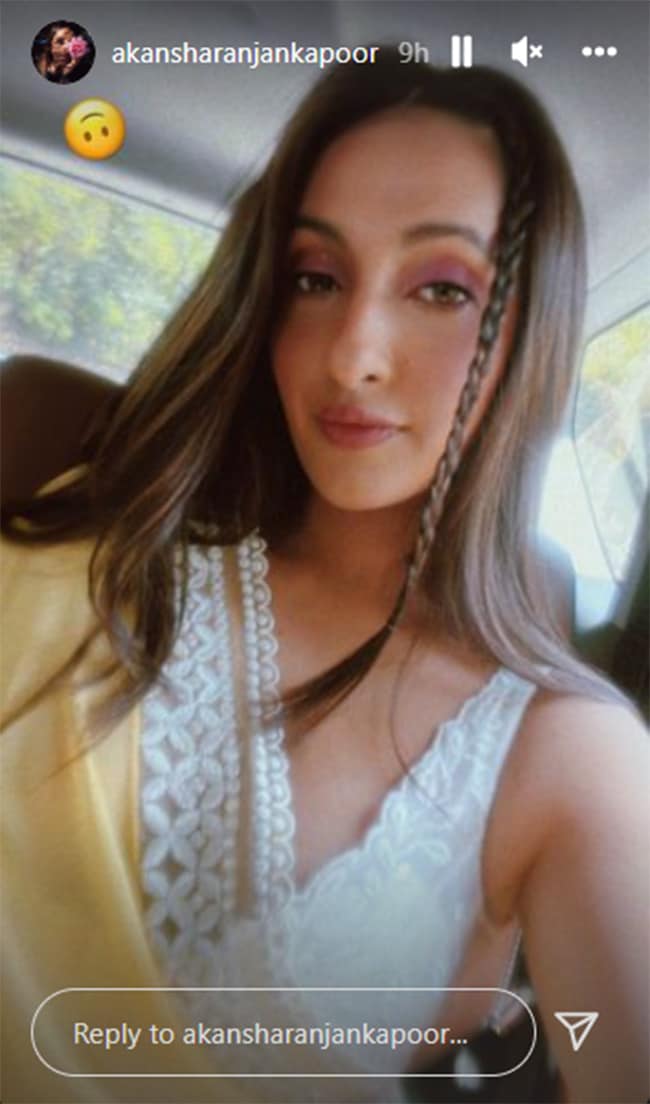 Alia Bhatt and Ranbir Kapoor’s wedding is slated to take place today afternoon at the actor’s Mumbai residence. The stars will marry in the presence of family members and friends.

Akansha Ranjan Kapoor made her acting debut with Netflix’s Guilty in 2020, which also starred Kiara Advani, Gurfateh Singh Pirzada and Taher Shabbir in pivotal roles. Directed by Ruchi Narain, the film was produced by Karan Johar’s Dharma Productions. Alia Bhatt cheered for her bestie at the film’s screening. Last year, Akansha starred in Netflix’s Ray. She was a part of Spotlight, alongside Harsh Varrdhan Kapoor and Radhika Madan.

Alia Bhatt and Ranbir Kapoor, who are co-stars in Ayan Mukerji’s film Brahmastra, also starring Amitabh Bachchan and Mouni Roy, reportedly stated dating in 2018. They made their first appearance together at Sonam Kapoor and Anand Ahuja’s wedding reception. However, it was only in 2020 that Ranbir Kapoor referred to Alia Bhatt as his “girlfriend” in an interview. He also revealed that he and Alia would have been married if it weren’t for the pandemic.