Camilla Parker Bowles became famous in the 1980s and 1990s as a mistress in Prince Charles’ marriage to Princess Diana. As such, the public was not particularly fond of Camilla, and many people blamed her for Charles and Diana’s marriage breaking down.

In 2005, Camilla and Charles decided to get married—eight years after Diana’s death. However, because of Camilla’s unpopularity at the time, she had some concerns about people’s possible reactions to her wedding.

Camilla and Charles dated for the first time in the early 1970s. There are rumors that the two of them could not marry at the time because Camilla was not aristocratic enough for the royal family. However, when the couple decided to wed in 2005, it seems their family members were more supportive.

Buckingham Palace shared a statement on behalf of Queen Elizabeth: “The Duke of Edinburgh and I are very happy that The Prince of Wales and Mrs. Parker Bowles are to marry. We have given them our warmest good wishes for their future together.”

Prince Harry has also spoken positively about Camilla, noting that she is “not a wicked stepmother.”

“To be honest, she’s always been very close to me and William,” he said (via Mirror). “She’s not a wicked stepmother. Look at the position she’s coming into. Don’t feel sorry for me and William, feel sorry for her. She’s wonderful woman and she’s made our father very, very happy which is the most important thing. William and I love her to bits.”

RELATED: Expert Explains Why Camilla Parker Bowles Is Less Popular in the U.S. Than in the U.K.

Despite the royal family’s approval, Camilla was allegedly unsure of how the public would react to the wedding.

“She was terrified no one would come. She was terrified she’d be booed,” royal commentator Carole Malone said in the 2021 documentary Charles and Camilla: King and Queen in Waiting (via Express).

Malone added, “I remember seeing film footage at the time, it was about 6am, and there was no one on the streets of Windsor. It was freezing as well, it was a really, really cold day. As a journalist, I was looking at it and thinking the only reaction to this is going to be national apathy, which is kind of almost as bad as protest.”

However, Malone recalled that by 10:30 a.m. there were many people on the streets.

Journalist Robert Jobson believed that there were folks who saw how much Camilla and Charles fought for their relationship and ended up supporting their marriage. 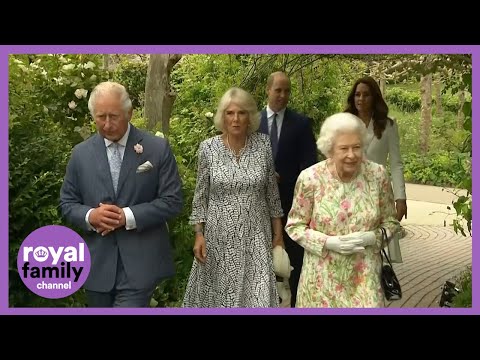