FARGO — Before Tom Hoge tees it up at Augusta, he stood up — for his brother. Why not start Masters week by being the best man in a wedding?

That was Tom’s role on Sunday standing next to Charlie Hoge in his marriage to Nicole King. Tom left early Monday morning for Augusta, Ga., where he’ll play in his first Masters beginning Thursday.

“It’s a tough time to plan a wedding,” Charlie said. “Based on the PGA schedule, we were trying to figure out how to block a week out there.”

The family is on a roll. Tom won the Pebble Beach Pro-Am in early February, his first PGA victory, to qualify for the most distinguished tournament in the world at Augusta National. He’s currently fifth in the FedEx Cup standings and has an Official World Ranking of No. 38. 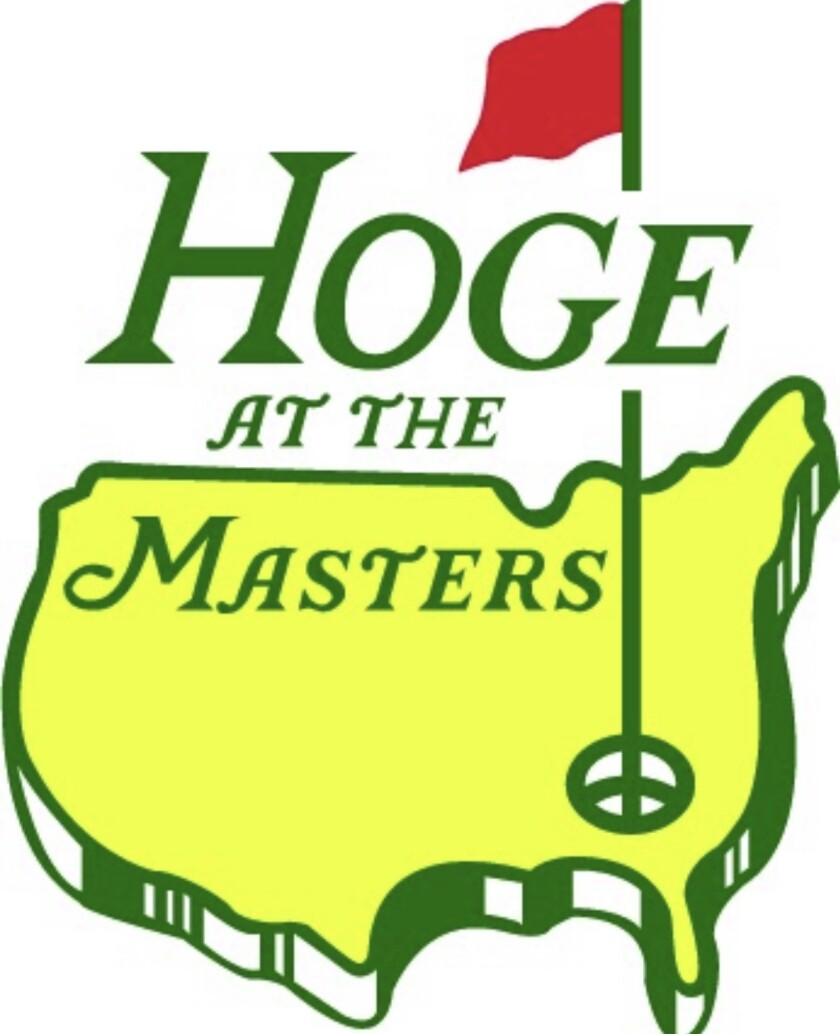 Charlie is an independent manager who mostly runs large music festivals like Lollapalooza. That’s how he met Nicole, at an event in her hometown of Lubbock, Texas. Charlie, a 2005 Fargo South graduate, has lived in Austin, Texas for the last 12 years.

The family began to gather in Denver on Friday. Saturday was the rehearsal followed by the rehearsal dinner for about 60 people. The wedding was held at The Manor House in Littleton, Colo., on Sunday evening at 5 p.m.

For Tom, it was an early Monday morning flight.

“Hopefully I don’t get in the way of him playing good golf,” Charlie said with a chuckle. “I don’t want to take any blame. For Tom, I never get too golfy with him.”

Tom, Charlie and their dad Chuck Hoge have already had the Augusta golfy experience, getting the chance to play in early March. For Tom, it was an important day in preparation for this week, perhaps getting some of the first-time oohs and ahhs out of the system. For Charlie, it was the chance to play an iconic course.

“They have certainly sacrificed a lot for me to be in this position so to play with my dad and brother for the first time at Augusta and what we shared together was pretty cool,” Tom said. “Driving down Magnolia Lane together and just to have them there to share it with me was the coolest part of it all.”

Yet, he was more into basketball and football growing up and considered golf more the fun, family hangout type of thing.

“The dedication and drive for him has always been there,” Charlie said. “I don’t know how many kids love to be at the driving range for hours and hours while the rest of their friends are going to the pool. Tom had that.”

One memory that sticks out for Charlie, who is two years older than Tom: It was a Sunday morning at the Fargo Country Club and the brothers were playing a round.

“I was playing pretty well,” Charlie said. “On 16 or 17, I looked over and told him ‘You’re playing pretty good, too, aren’t you.’ He said, ‘Yeah, I’m 7-under.’ I’ll always remember that. I realized right there that he made it look so effortless that he has the talent to be a star.”

“All of his hard work is paying off,” Charlie said. “As someone who is close to it, I couldn’t be more proud and excited.”

My Fiancé Keeps On Delaying Our Wedding—What Should I Do?

Richa Chadha-Ali Fazal leave for Delhi for their wedding, find out all the details of their nuptials