Christina Haack hosted a wedding on the Hawaiian island of Maui with husband Joshua Hall and a few of their close friends and family to celebrate their marriage, nearly five months after the couple first said “I do” in secrecy.

The home renovation expert simply stunned wearing a sheer white lace gown with a long train as she cuddled up to her husband in romantic snaps by the ocean to commemorate their big day.

“Shared vows in front of family and our close friends,” she wrote on Instagram. “Everything in life has led me to where I am right now, which is exactly where I want to be. 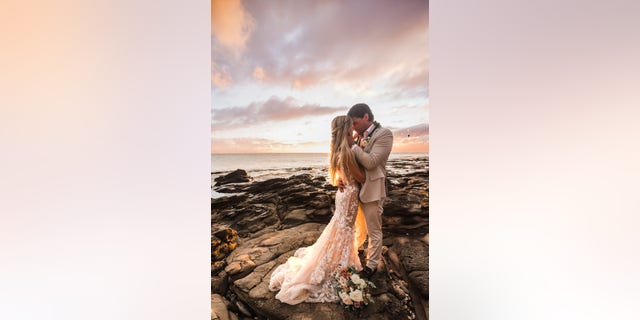 “My dream man on the dreamiest island. Maui holds a special place in my heart. What an amazing night filled with love.”

Delicate flower straps matched the design of her corseted dress, and she wore her long blonde hair in beachy waves, with a thick braid and wispy fringe pieces framing her face. 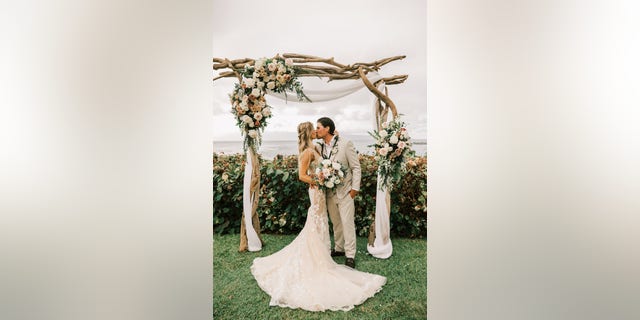 Hall sported a khaki suit with black velvet loafers and a white button-down shirt. He stayed true to the island vibes and went without a tie, opting for a more traditional ti leaf lei, which culturally represent good luck and protection from evil spirits.

The couple confirmed to Fox News Digital in April that they had married after he proposed in the fall of 2021. They began dating last year.

All of her children were present at the small island ceremony as she shared snaps to her stories with Hudson, three, Brayden, seven, and Taylor, 11. 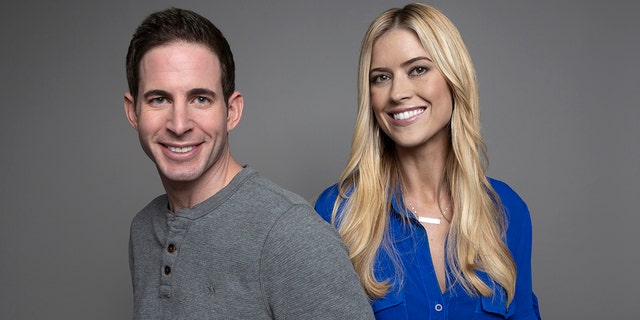 Tarek El Moussa and Christina Haack found fame as home renovation experts, but eventually split up as a couple and continued working together professionally. The show ended its run in 2022 after nearly 10 years.
(Aaron Rapoport)

Christina previously married British television host Ant Anstead in 2018, but their relationship ran its course, and they finalized a divorce in June 2021.

He has since moved on and began dating Academy Award-winning actress, Renee Zellweger.

She shares her two older children with ex Tarek El Moussa. The former couple were married for nearly nine years before calling it quits and divorcing in 2018. Tarek remarried in October 2021, and is expecting a baby boy with his new wife, “Selling Sunset” star Heather Rae Young.