Coronation Street has revealed a first look at Emma Brooker and Curtis Delamere’s dramatic festive wedding, as Emma nervously wonders whether she is making the right decision.

Although the couple’s relationship currently looks strong on screen, viewers are now aware that Curtis (Sam Retford) has actually been lying to everyone around him about having a serious heart condition.

Next week, Emma (Alexandra Mardell) also discovers the truth after an incident with Ruby Dobbs (Macy Alabi) leads her to find out that Curtis’s ‘heart medication’ is actually vitamins. After some investigating by Emma, Curtis will finally tell Emma the truth – that he is not dying, but in fact has a mental illness known as a Factitious Disorder.

Related: Corrie’s Kelly turns back to drugs at Christmas

Emma will be torn over whether she can trust Curtis anymore, but it looks like she will at least make it to the altar, as Corrie has released further details about the pair’s wedding day, which will air in the run-up to Christmas.

As Emma prepares for the ceremony, she still feels unsure about whether she is doing the right thing following Curtis’s lies about his health and his family.

Meanwhile, while Emma is getting ready, Curtis is busy enquiring about flights. 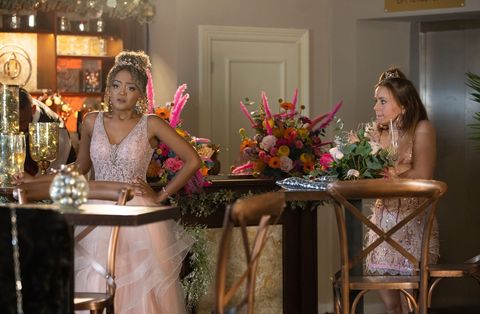 However, the charity never received the money, leaving a big question mark over what Curtis did while he was in possession of Steve’s card.

A nervous Emma waits for Curtis at the wedding venue as the ceremony time creeps ever closer, but will she get her happy ending with Curtis or has he done a runner and left her heartbroken? 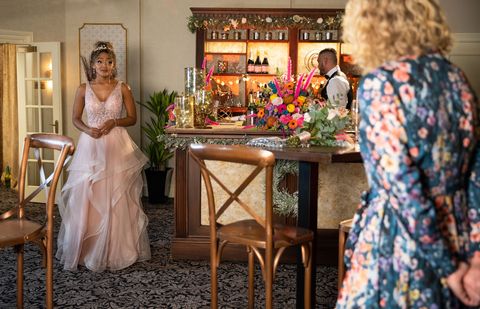 Actor Sam recently told Digital Spy that he has known the truth about Curtis since “day one”, saying: “I just thought: ‘When else am I going to get the opportunity to play the long game with a story like this?’

“It was just an amazing experience to build the character and build the relationships for the last seven months or so, but always in the back of my mind I knew where it was going. That was huge. It was an amazing opportunity.”

Coronation Street airs these scenes on Monday, December 20 at 7.30pm and 8.30pm on ITV.

The Road to Coronation Street [DVD]

The Unwelcome Visitor by Denise Welch

Deirdre: A Life on Coronation Street by Glenda Young

Snow on the Cobbles by Maggie Sullivan

Starting Over by Denise Welch

Jack Duckworth and Me by Bill Tarmey

A Working Diary by Julie Hesmondhalgh

Behind the Laughter by Sherrie Hewson

Four Shifts in the Wedding Industry Over the Last Year