Dozens of passengers arriving in Phoenix Sunday took a flight they will never forget. For two people on board it was life changing. They got married 37,000 feet above Arizona.

Jeremy and Pam Salda say “I do” on Southwest flight 2690 after weather delays and cancellations forced them to miss their scheduled vows in Vegas.

The couple, from Oklahoma City, met online two years ago and have a destination wedding scheduled in Mexico this summer.

Last week though, they were talking about the need to “officially” get married in the U.S., which is how they ended up with tickets to Vegas. They went to the Dallas airport in a suit and a dress.

“We were joking like, ‘We should just go to Vegas and get married now.’ Because we have to do a legal one anyway,” said Pam.

So the fiancée spontaneously bought a dress online.

“I ordered it on Tuesday. I got it on Thursday. Had it altered on Friday. And walked on a plane on Sunday,” she said.

The couple planned to go straight from the Las Vegas airport to a chapel, where they had an appointment. The weather in Dallas though, derailed their best laid plans.

“They switch terminals on us, then they switch gates and they finally just say it’s canceled,” said Jeremy. “And we’re dressed up, and visibly stressed trying to figure out how we’re going to get to Vegas in time.”

Another passenger saw their predicament.

“The universe sent Chris over and he says, ‘Hey, I think I can help you out,’ and boy did he,” said Pam.

Not only was Chris ordained but he was carrying on high quality video equipment and heading to Vegas.

The three fast friends quickly re-booked the final seats on a Southwest flight to Phoenix and rushed to a different airport.

“We got an Uber and we told the driver to floor it,” said Pam. “And he did, it was like a racecar.”

The boarded with minutes to space.

“The captain sees us and says, ‘Oh, are you going to Vegas to get married?’ And I said, ‘Well, we’re going to try. If not, I want to do it on this plane.’ And he goes, ‘Really?'” recalled Pam, chuckling.

Pam was serious though, and so were the flight attendants who doubled as maids of honor. 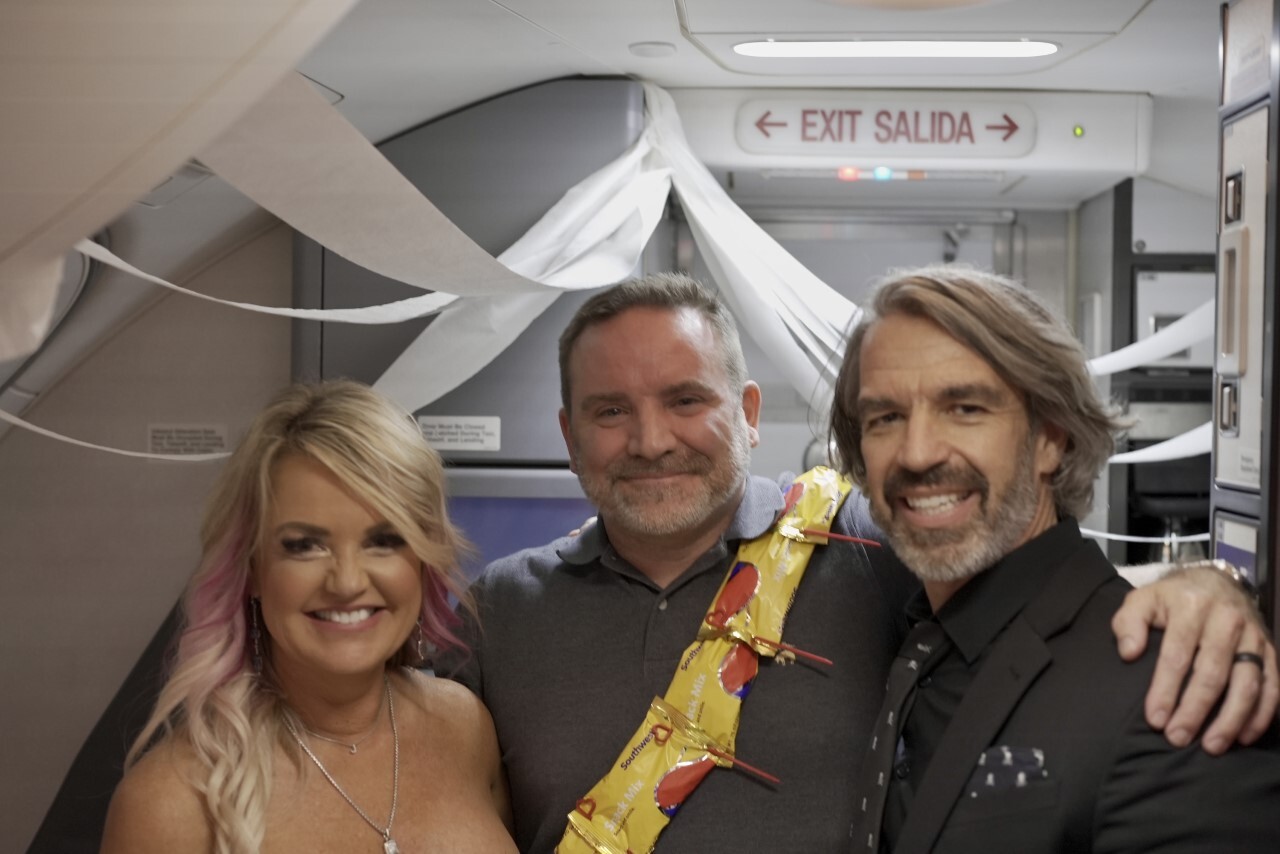 “They’re putting toilet paper streamers…They dimmed the lights and had everyone click their ‘call attendant’ button…They downloaded ‘Here comes the bride’ and they welcomed everybody to the flight and to our wedding,” said Pam. 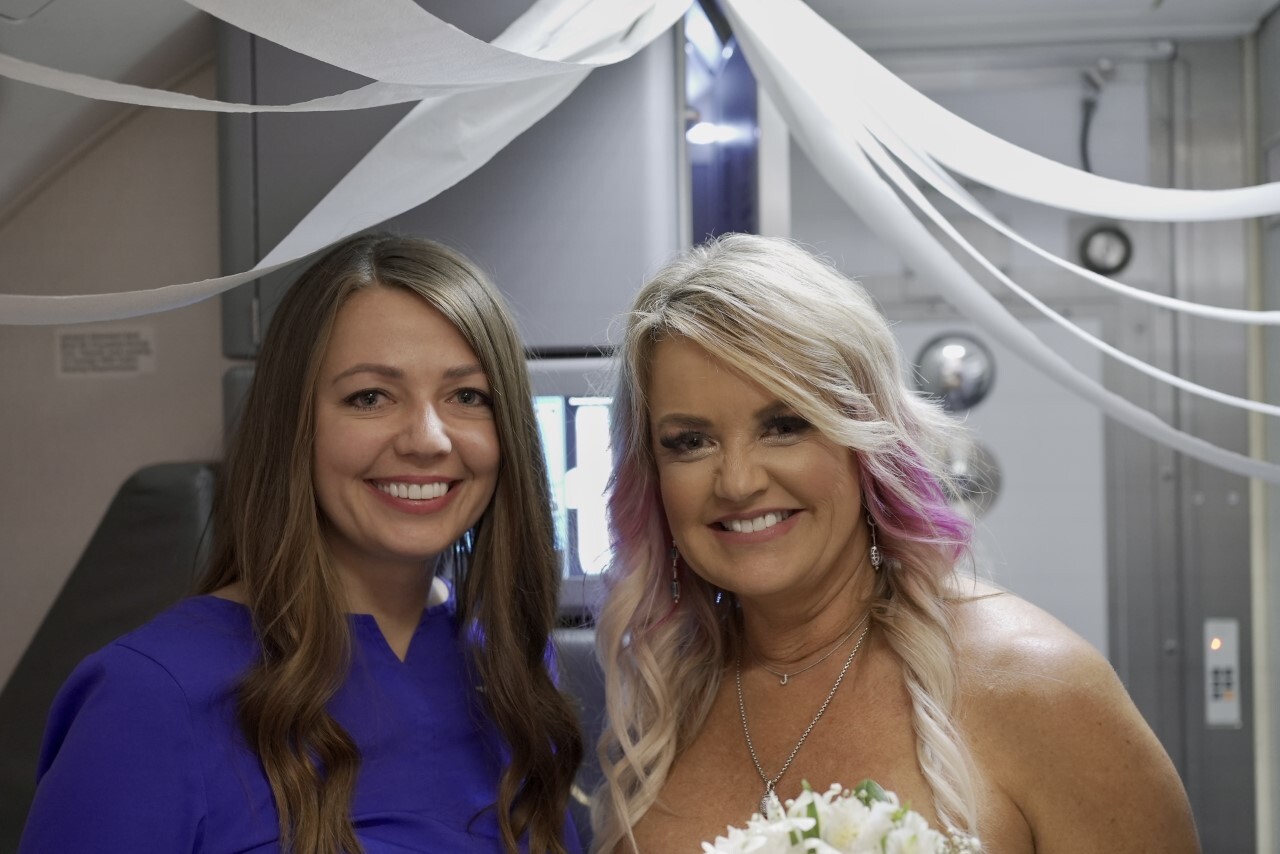 The nurse and graphic designer exchanged vows and improvised puns.

“Any turbulence I want to weather it with you,” said Pam.

Strangers recorded and cheered the once in a lifetime moment.

After the pronouncement and introduction “for the first time” there was a makeshift reception.

One passenger’s donut was the wedding cake. An old notebook became the guestbook.

“It got passed to the entire plane and they all signed it and wrote the sweetest notes,” said Pam.

Jeremy and Pam thanked all the guests who were never actually invited. They were also shown appreciation for sharing their love with the plane of strangers.

“A lot of them said ‘thank you for letting us be a part of it…we need this kind of stuff,'” said Jeremy.

“Somebody said, ‘Man, I feel like I just watched a rom-com movie.'”

The newlyweds are now discussing which actor and actress will play them on the big screen.

And they have their own footage, and a great story, as long as they both shall live.