A couple who was married in 1944, but wasn’t able to have their ceremony photographed, recently recreated their wedding 77 years later.

Royce and Frankie King were married on Sept. 16, 1944, right before Royce went to fight in World War II. Because it was a rushed wedding, the ceremony wasn’t photographed, according to SWNS.

The couple, from Oelwein, Iowa, made up for that fact in September of this year, with the help of hospice workers from St. Croix Hospice.

BRIDE WEARS HER GRANDMOTHER’S WEDDING DRESS 60 YEARS LATER: ‘IT FIT LIKE A GLOVE’

According to SWNS, Royce, now 98, and Frankie, now 97, met when they were teenagers and started dating a few years later. By 1944, they got engaged and decided to get married shortly after, before Royce’s deployment to the war with the U.S. Army Air Corps.

Royce and Frankie King were married on Sept. 16, 1944, right before Royce went to fight in World War II. The couple recreated their wedding in September of this year. (Courtesy of SWNS) 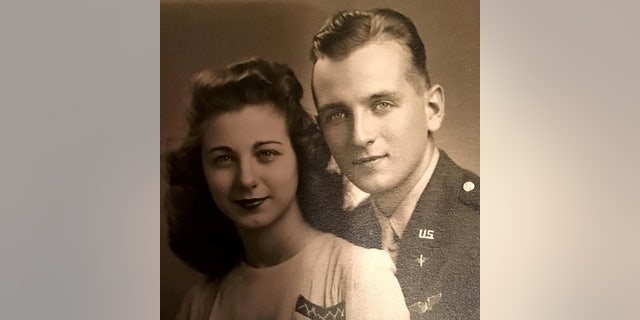 Because their wedding was a bit rushed, the couple didn’t get photographs from the ceremony. (Courtesy of SWNS)

On such short notice, Frankie wasn’t able to get a wedding dress. Instead, she wore a white dress she already had, while Royce wore his military uniform.

BRIDE SAYS YOU SHOULD KEEP YOUR WEDDING DRESS SECRET, HERE’S WHY

After the war, Frankie and Royce settled in Oelwein, Iowa, and had their two children, Jim, 71, and Sue Bilodeau, 68. The couple still lives in the house where they raised their children, Bilodeau told SWNS. 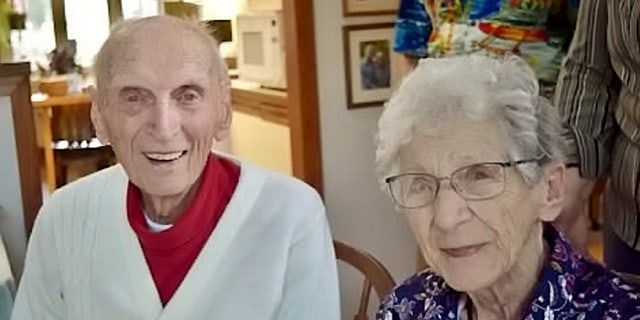 When hospice staff learned that Royce and Frankie didn’t have their original wedding photographed, the carers decided to throw the Kings another wedding celebration, complete with photographer. (Courtesy of SWNS)

“They were and are wonderful parents,” she said. “It was a very happy family life.”

Earlier this year, the couple started receiving care from St. Croix Hospice. According to Bilodeau, one of the staff found out it was Royce and Frankie’s anniversary and asked to see their wedding photos.

When the couple explained that they didn’t have any wedding photos, the St. Croix carers decided to rectify the situation. 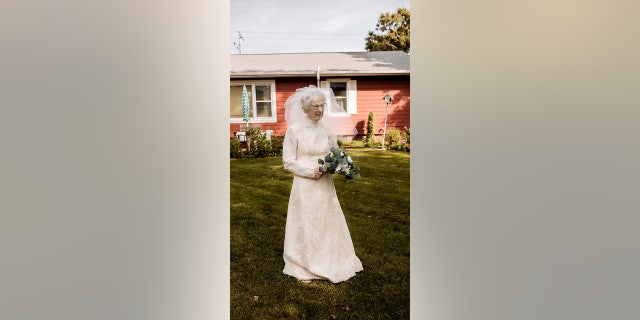 Hospice workers made sure Frankie even had a 1940s-style wedding dress for their 2021 celebration, since she didn’t have a proper wedding dress when she and Royce were married in 1944. Meanwhile, Royce wore his military uniform, just like their original wedding. (Courtesy of SWNS)

The staff got flowers, a photographer and even bought a proper wedding dress from the 1940s for Frankie to wear, according to SWNS. Meanwhile, Royce wore his military uniform, just like at their original wedding.

A St. Croix staff member even played music from the ‘40s while Frankie walked down the aisle in the couple’s backyard.

Bilodeau, who attended the recreated wedding, said it was “the most magical moment.”

“They are just in love as the day they met,” she said. “Dad was very proud to put on his uniform for mom and mom loved being pampered.”

“They were just beaming at each other the whole time,” she added. “It’s wonderful for them to finally have wedding photos, after all this time.”

Four Shifts in the Wedding Industry Over the Last Year