A new book is set to be released ahead of Crown Princess Mary of Denmark’s 50th birthday. The book titled Mary H.K.H. marks the Danish royal’s upcoming milestone “with a portrait of a woman who has found the right balance between her role in a royal house with strong historical roots and being royal in our time as a committed patron of Danish and international landmarks.”

“Danish and international photographers give a rare insight into her official as well as private life as royal, spouse, mother, patron of a number of Danish and international landmarks, keynote speaker in Denmark and abroad, sportswoman, amateur photographer and fashion icon. The book contains both new and unprecedented photos and is accompanied by the Crown Princess‘ own stories about the moments that have had a special significance,” according to the publisher, Politikens Forlag.

Pictures that best tell the story of the royal’s “transformation from the Australian businesswoman Mary Donaldson to HRH Crown Princess of Denmark” were selected for the book. Mary H.K.H. is described as a “modern photo adventure” containing photos from official events, as well as new and unprecedented photos accompanied by the Danish royal’s “own stories about the moments that have had a special significance.” 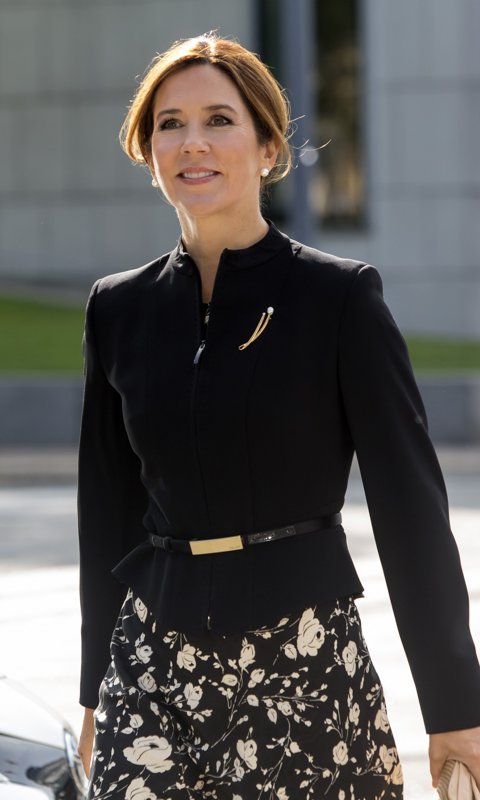 According to the publisher, exclusive photos from Mary and Crown Prince Frederik’s 2004 royal wedding day are one of the highlights of the book. The Crown Princess, who is a mom to Prince Christian, Princess Isabella, Prince Vincent and Princess Josephine, will also open the “door to family life” in the book.

The cover of Mary H.K.H. features a photo of the Crown Princess wearing the Danish Ruby Tiara with her hair styled in an elegant updo.

Mary will celebrate her 50th birthday on Feb. 5. The Danish Royal House previously shared plans for the Crown Princess’ birthday revealing that it will be marked with a series of events starting in January. A gala dinner is also scheduled to be held at Rosenborg Castle on the eve of Mary’s birthday.

Sign up to our newsletter to stay in touch with your cultura. Get the latest on your favorite celebrities, royals, and the best beauty, fashion, and lifestyle news delivered right to your inbox!