A close friend of Darius Campbell Danesh today paid tribute to the Pop Idol star as she laid flowers at his family home in Glasgow.

Anne Ferguson said she had ‘no words’ to describe her sadness at the Scottish singer and actor’s sudden death aged 41 after he was found unresponsive in bed in his apartment room in Rochester, Minnesota, on August 11.

Her celebrity hairdresser husband Taylor Ferguson had worked with Darius for two decades – and they met again and were pictured together in March when Darius visited his Glasgow salon with showbiz friend Gerard Butler.

With tears running down her face, Mrs Ferguson told MailOnline today: ‘It’s just so awful. There are no words. I cannot describe how sad I feel.’

Mrs Ferguson told how she first became friends with Darius after her husband cut the young performer’s hair ahead of his first Pop Idol performance. 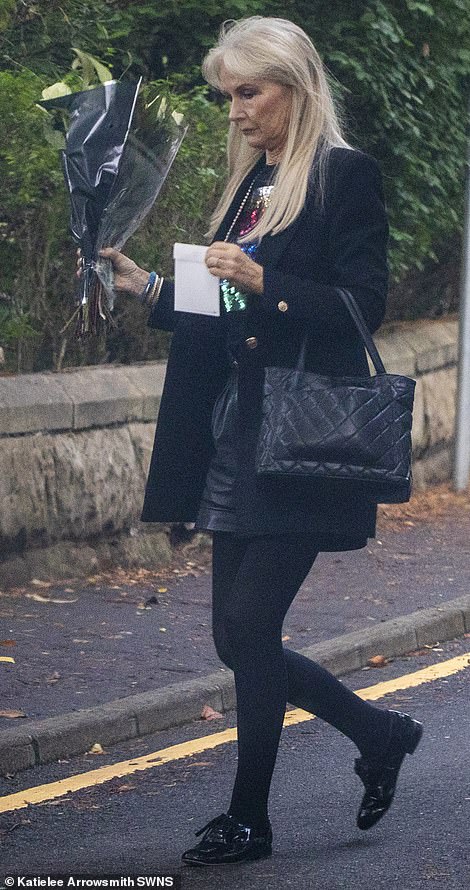 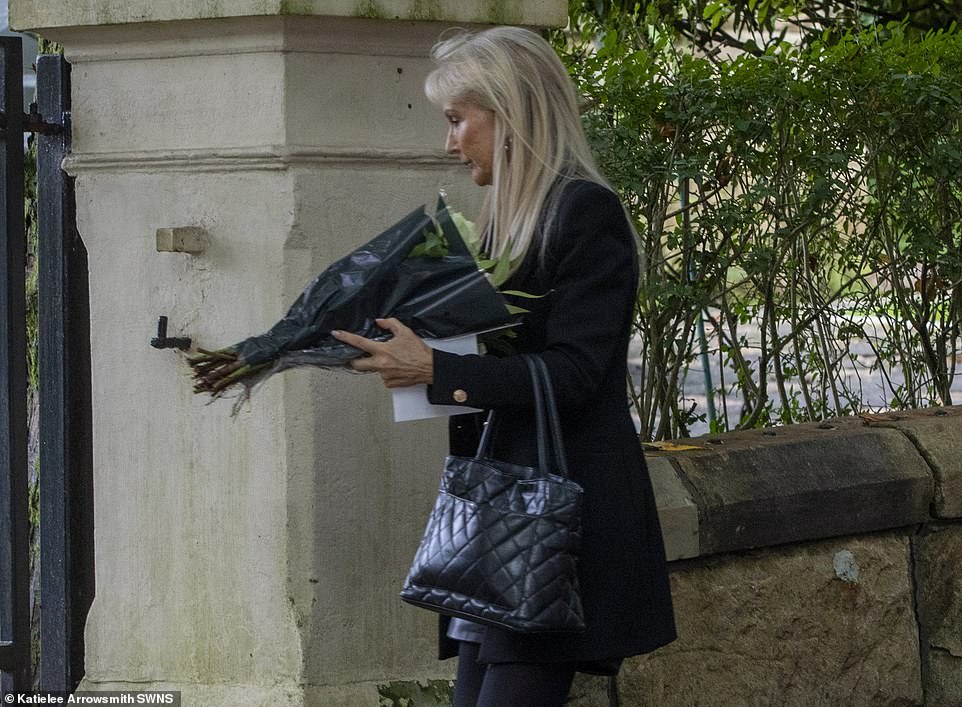 She said: ‘My husband Taylor cut Darius’ hair just before he went on Pop Idol and we stayed friends ever since. His song Colourblind hit number one on the day of our son’s wedding but Darius still found time to come to the wedding.

‘On Thursday we were celebrating our son’s 20th wedding anniversary and we played Darius’ tune again. I cannot believe he died that same day. I send all my love to his mum and dad and his brothers. It’s so sad.’

Mrs Ferguson’s husband Taylor also paid tribute to Darius and told how he was ‘devastated’. According to the Daily Record, Mr Ferguson said: ‘Devastated at the shocking news of the sudden death of our dearly loved friend Darius. Only 41. Our hearts are broken. We knew Darius from back in his Pop Idol days and he became a family friend.

‘We celebrated our son and daughter-in-law’s 20th wedding anniversary last Thursday. That date coincided with the 20th anniversary of Darius getting his first number one with Colourblind.

‘Indeed Darius came to the wedding and all the guests toasted his chart success – and of course we danced to the track.’ 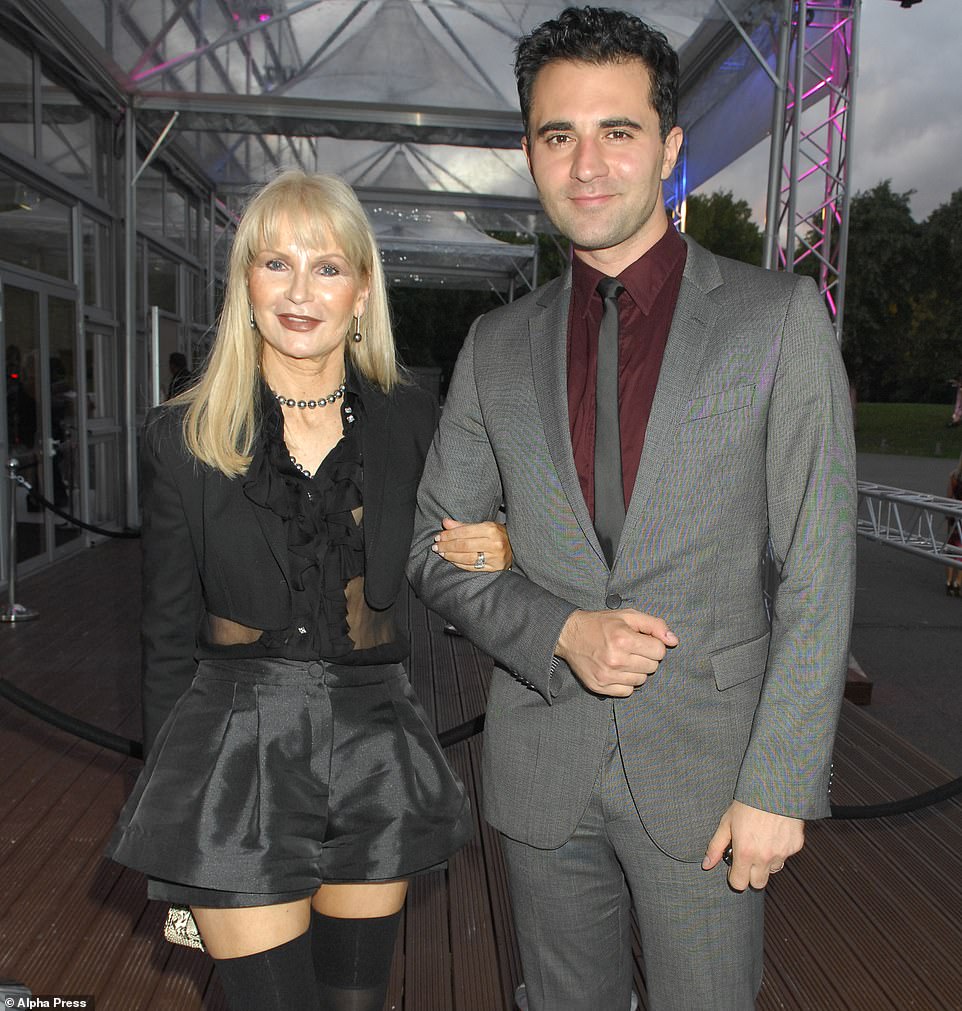 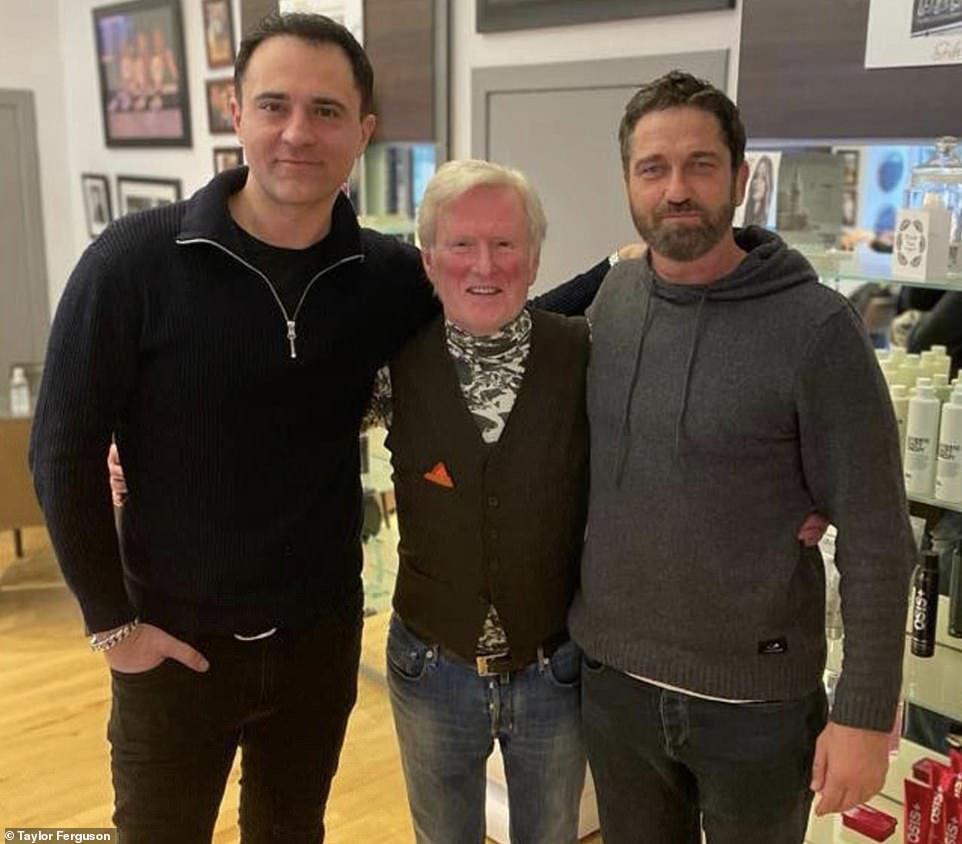 Another friend, Lisa Guit, told MailOnline today: ‘Like anyone who knew Darius I am devastated. Darius a was true gentleman, incredibly intelligent and unbelievably talented.

‘When I moved to London, Darius took me under his wing and made an effort to introduce me to all of his friends. At that time, I was pursuing a career in television presenting, specifically within health corresponding.

‘So, Darius introduced me to (BBC News health editor) Hugh Pym to help me make connections. That’s the kind of friend he was.

‘I also remember he invited me to an event at The Friends Of St Columba’s Church and he suddenly burst into the most beautiful rendition of Nessun Dorma – the crowd were transfixed. He had the room in the palm of his hand. It was magnificent.

‘He was blessed with so much talent and ambition, for music, performing, business and he absolutely adored his family. Rest in peace my friend, your loss has left us all heartbroken.’

The singer-songwriter and actor – who was known as Darius Danesh when he made his first bid for fame in ITV show Popstars in 2001 – also appeared on the first Pop Idol, which was won by Will Young. 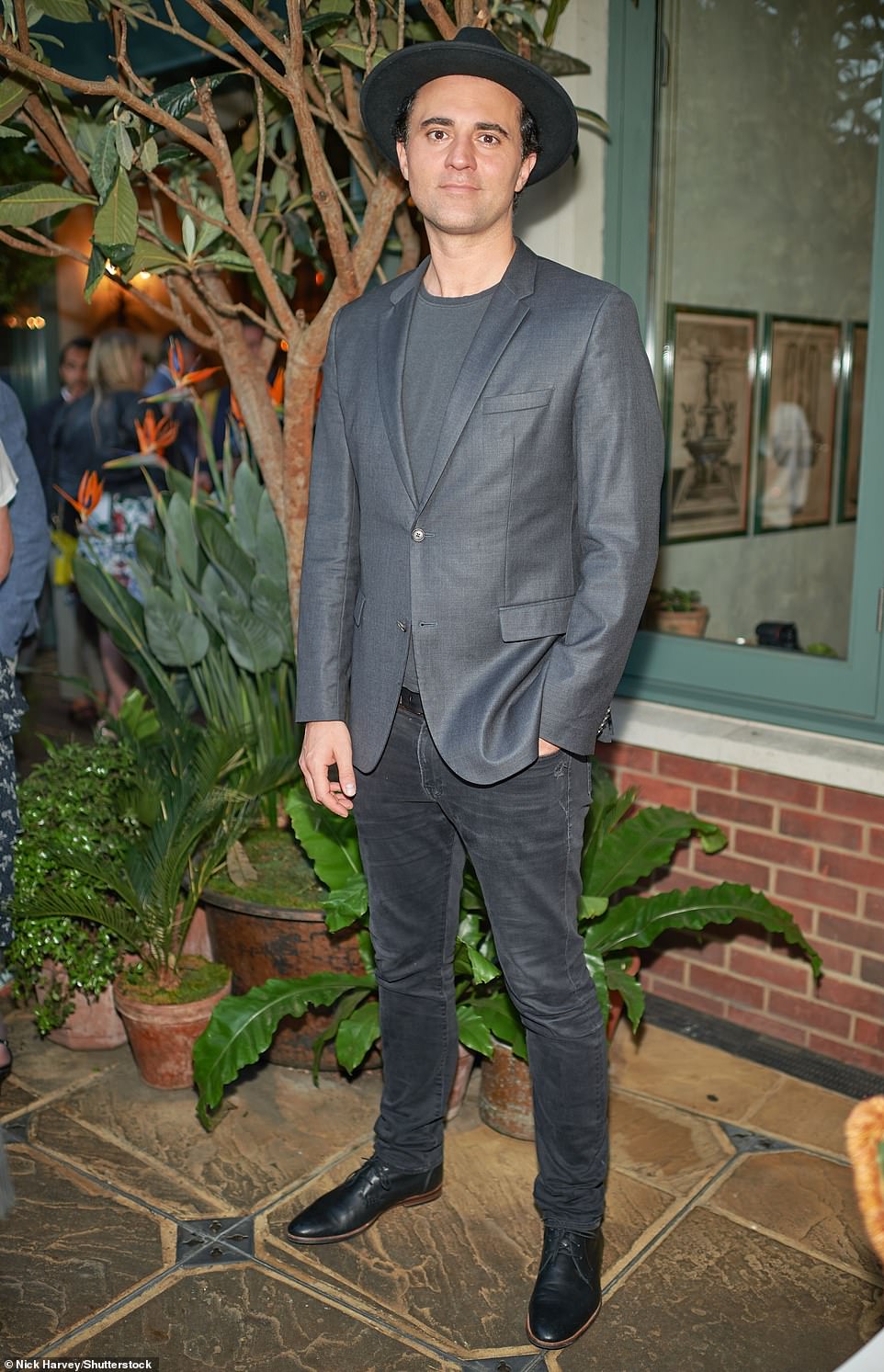 Pop Idol’s Gareth Gates, Hayley Evetts, Darius, Zoe Birkett and Will Young at a film premiere in London on January 17, 2002

After Pop Idol, Campbell Danesh turned down Simon Cowell’s offer of a record deal and signed with producer Steve Lillywhite, whose credits include U2 and the Rolling Stones.

His debut single, Colourblind, was released in July 2002 and went straight to number one, marking the start of a run of top 10 releases.

Following his death the song has re-entered music charts and this morning was listed in the first spot on the iTunes download chart.

He also forged a successful stage career, appearing in Chicago as Billy Flynn in two runs of the production, as well as Guys And Dolls, Gone With The Wind and more in the West End.

Darius was born in Glasgow to a Scottish mother and Iranian father. The eldest of three boys, he attended Bearsden Primary School before studying English literature and philosophy at the University of Edinburgh.

Although he found fame as Darius Danesh, he later changed his name to incorporate his mother Avril’s maiden name, Campbell, after an emotional visit to his grandfather in a Paisley nursing home made him reflect on his Scottish heritage.