How a former TV star bagged a husband… by inventing a love rival! Debbie Greenwood reveals how she tricked her man into dating her – and they’re still together after more than 30 years

By Emma Powell and Peter Robertson For The Daily Mail

It may not be the most conventional bit of relationship advice.

But former television presenter Debbie Greenwood has revealed she invented a love rival to trick her husband into dating her.

Miss Greenwood, 62, sent flowers to herself from a fabricated love interest called Tony to get husband Paul Coia, 61, to commit.

The couple met fronting the BBC2 series Tricks of the Trade in 1987 and went on to co-present other TV and radio shows.

‘Paul, though, had the classic male fear of commitment,’ she said.

‘At one stage I ran out of patience with his dithering, so I chucked him. I even booked a holiday on my own.’

TV duo: Paul Coia with his wife, former television presenter Debbie Greenwood. Miss Greenwood has revealed she invented a love rival to trick her husband into dating her

They were reunited a few weeks later after being invited to a function in London they ‘couldn’t get out of’ with Coia staying at Miss Greenwood’s flat.

Miss Greenwood, who won Miss Great Britain in 1984, said: ‘We were getting ready to go out when the doorbell rang.

‘There was the most beautiful massive bouquet of flowers delivered to me. It had a card with it saying, “Thank you so much for last night. Hope we can do it again soon. Love Tony”.

‘Paul demanded to know who Tony was and what it was he wanted to “do again soon”. I explained it was “just Tony from the tennis club and we’d been out for pizza”.

‘Paul was very suspicious, and the green-eyed monster reared its head. Shortly afterwards we were engaged.’

She came clean about ‘Tony’ on their wedding day in October 1992 and thankfully Coia saw the funny side.

‘He laughed and laughed. He’d not suspected it at all,’ she said.

Miss Greenwood has also pranked her husband with fake Valentine’s Day cards purporting to be from crazed fans. 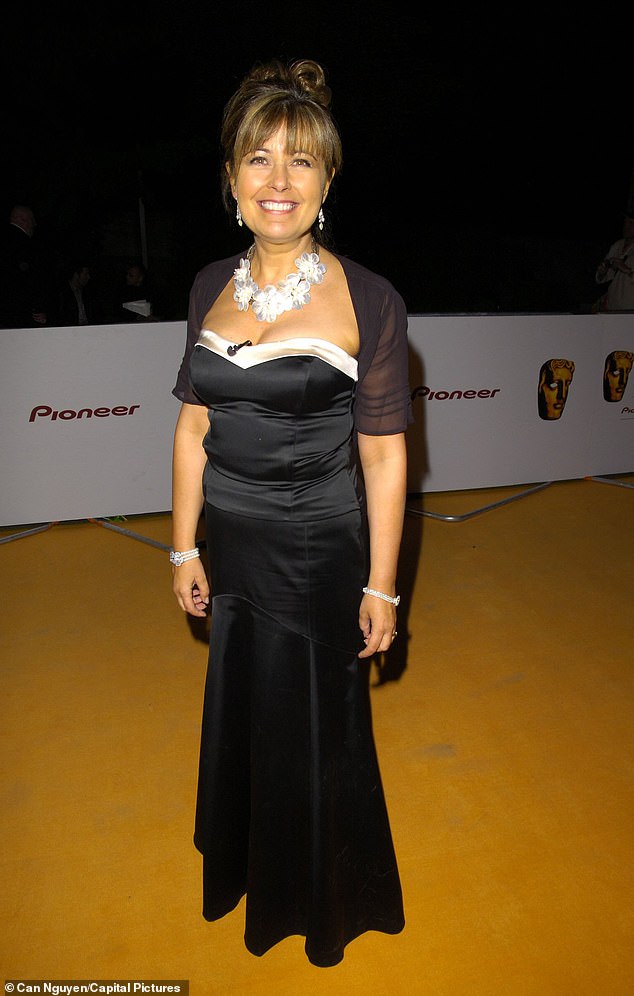 ‘That started about 20 years ago when I bought two,’ she said.

‘Not wanting one to go to waste, thought it would be nice to give both to Paul.’

The couple, who live in Kingston upon Thames, south-west London, and have daughters Annalie, 27, and Luisa, 24, will celebrate their 30th anniversary this year.

Miss Greenwood has retrained as a celebrant – someone who performs formal ceremonies.