Farhan Akhtar’s producer friend Ritesh Sidhwani threw a star-studded bash for the actor to celebrate his wedding with Shibani Dandekar. All from Kareena Kapoor, Malaika Arora to Deepika Padukone attended the party.

Farhan Akhtar and Shibani Dandekar were joined in only by selected near and dear ones at their Khandala wedding few days ago. Farhan’s producer friend Ritesh Sidhwani hosted a star-studded bash on Thursday to celebrate the occasion with their Bollywood friends and all from Kareena Kapoor, Malaika Arora to Deepika Padukone joined them at the party.

Kareena made it to the bash with her girl gang. All of them were dressed in black and posed together for the paparazzi. While Kareena made a statement in a LBD, Malaika arrived in a see-through gown with a thigh high slit. Karisma joined them in a knee-length dress while Amrita was in a ankle-length gown.

Karisma also shared a group selfie featuring all of them. Sharing it on her Instagram Stories, she captioned it as “Liftie”.

Deepika too attended the party in a mid-length black dress. The actor, who is currently riding high on the success of her film Gehraiyaan, posed for the paparazzi with a smile.

The newlywed Shibani was dressed for the occasion in a blue gown while Farhan joined her in casuals. Shibani’s sister Anusha Dandekar joined her in a black dress while her friend Rhea Chakraborty was spotted in an orange outfit. Javed Akhtar, Shabana Azmi and Zoya Akhtar too attended the bash. 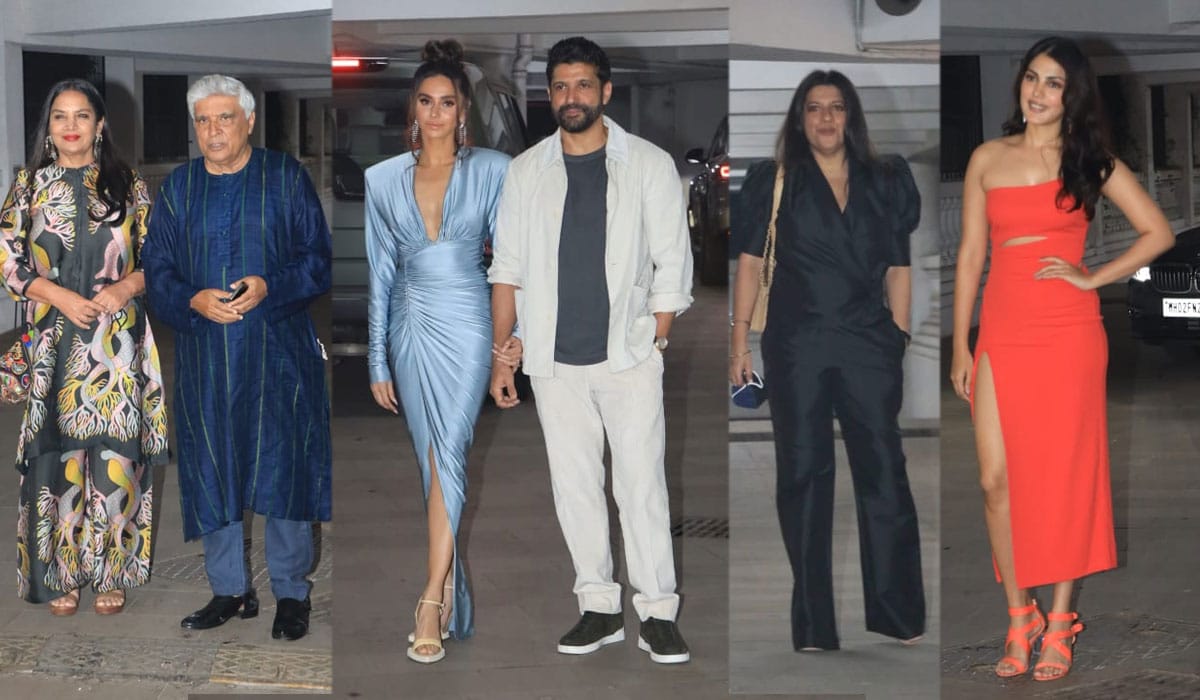 Farhan Akhtar and family along with Rhea Chakraborty at the bash. (Varinder Chawla)

Among others who attended the bash were Riteish Deshmukh and wife Genelia D’Souza. The couple wore quirky formals for the bash. Vidya Balan was spotted and husband Siddharth Roy Kapur, Soha Ali Khan and Kunal Kemmu, Arjun Rampal with girlfriend Gabriella Demetriades, Farah Khan, Harshvarrdhan Kapoor also made it to the party. Gauri Khan with daughter Suhana Khan and son Aryan Khan were also present. 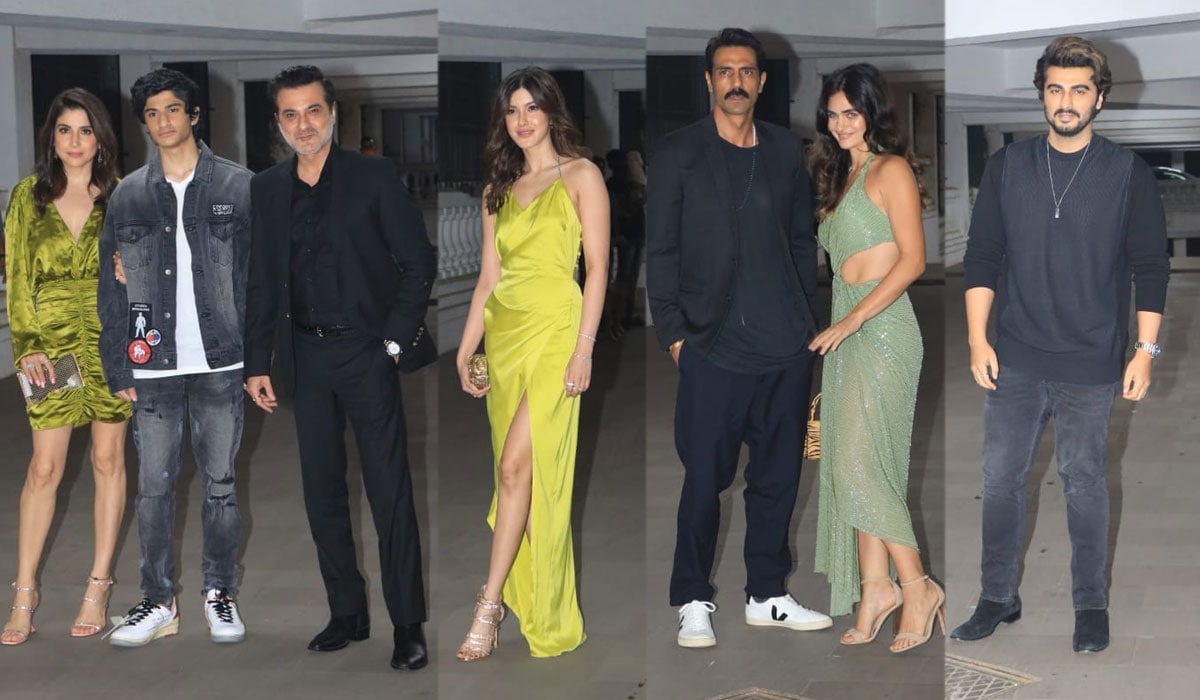 Sanjay Kapoor and family, Arjun Rampal with girlfriend and Arjun Kapoor at the bash. (Varinder Chawla) 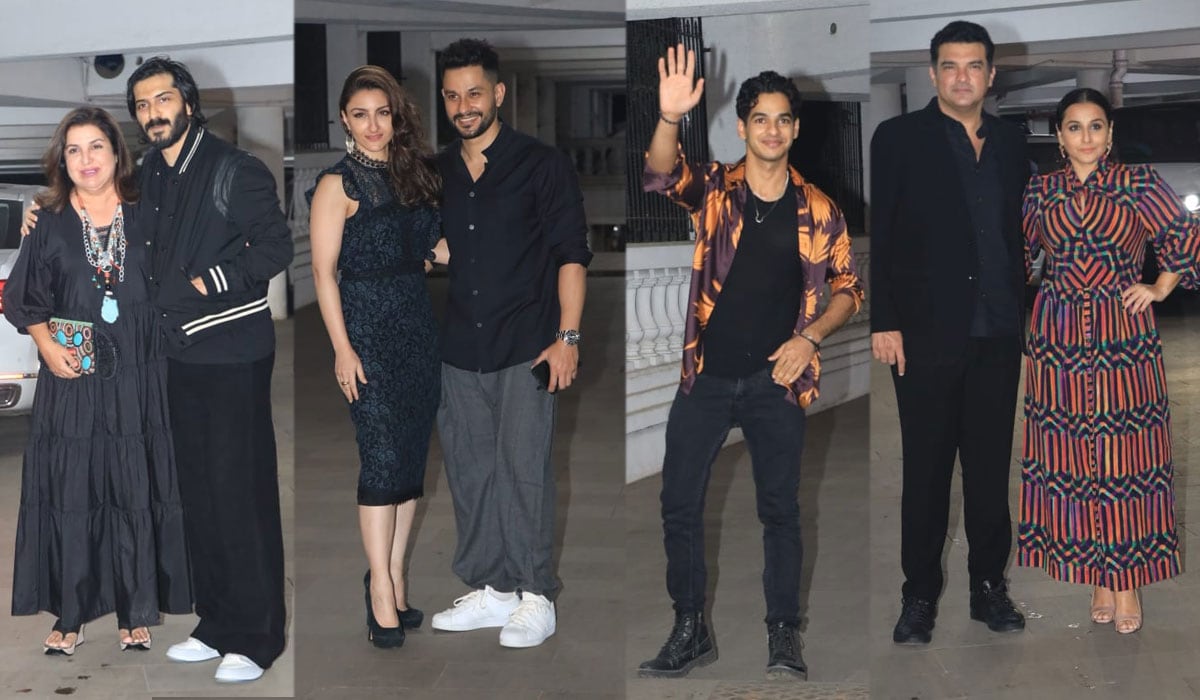 Farhan and Shibani exchanged wedding vows in an intimate ceremony at Javed Akhtar’s Khandala farmhouse. Hrithik Roshan, Farah Khan, Shankar Mahadevan, Amrita and Rhea were among the few who attended the day wedding.

Thank you for subscribing to our Daily News Capsule newsletter.