Portrait photography can run the gamut in type and style—everything from the traditional “head and shoulders” shot to lifestyle and environmental, candid and street, glamour, boudoir, maternity sessions and much more. View some of the eye-catching wedding portraits and photos that stopped us in our tracks this week.

Earlier in the year, Montreal-based photographer Dariane Sanche recalls news reports that said lockdown was taking a toll on relationships and people’s love lives. So she decided to do a shoot that celebrated Valentine’s Day, which Sanche calls “The Queen of Hearts.”

The idea came about when a few weeks before Valentine’s Day, fashion designer Wiwa Blue reached out to Sanche to show her sketches of a sweetheart dress that she wanted to make. Though the dress was still in production mode, Sanche already knew the kind of shoot she wanted to do: something “cozy and romantic” while altogether “mysterious and cinematic.”

“I love giving a role and actions to my subjects who are in front of my camera,” Sanche explains. “Personally, I find it a super effective technical trick for the model to understand exactly the mood and the expression that I want to go and capture. I asked Elisabeth, the model, to look at the camera as if this was the last time our eyes and our path were going to cross.”

Elisabeth had just gotten signed with an agency, so this was her first editorial shoot, Sanche adds. “After publication of the photos, she received several offers and contracts that allowed her to launch her career. It always pleases me to know that my photos help propel a model’s career.”

Kenisha Gill of Gilded Photography was struck by how elegant this model looked when she was sitting down. So when it came to posing her, she decided to take some shots of her centered with the lines of the wall behind her leading to her face. 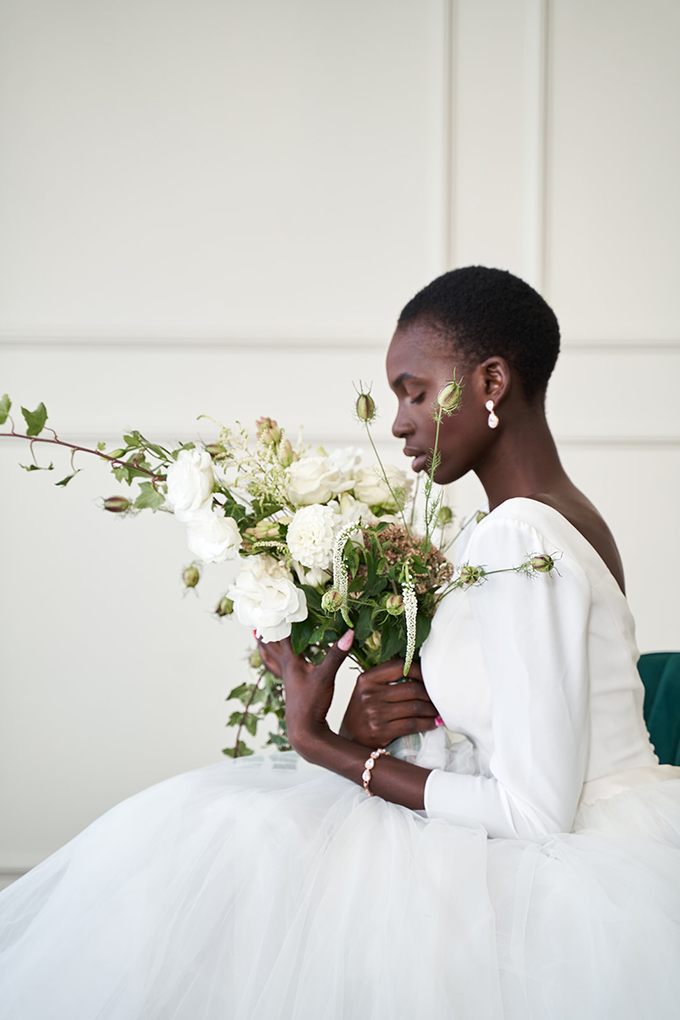 “I instructed her to relax, take a deep breath and softly embrace her floral arrangement,” says Gill, who shot this in her studio using natural light and strobes. “I wanted to keep the brightness coming from the windows but also added a Godox AD300 light to balance the shadows from the light fall-off.”

Would you have guessed that this couple was posing in a crowded dog park for this shot?

Photographer Tonie Christine explains that they hadn’t had professional photos taken in years, and with it being their anniversary, she wanted to create some magic—regardless of the locale.

“When I saw the light hitting her hair just right, I stopped them, jumped up on a picnic table—I am only 5’4″ on a good day—to get some height on them, and whipped out my Nikon 85mm f/1.4 lens,” the photographer explains. “Wanting the sun flare that this specific lens creates, I wanted the sun to wrap around them and so I allowed it to peek into the lens just enough to get the wrapping effect.”

Daniela Villarreal got an opportunity to photograph three generations of wedding dresses as this bride got ready in her parents’ house. “The bride’s mom started to tell me that her mother recently passed away and one of those dresses was from her,” Villarreal says. “With tears in her eyes, she showed me every detail of this dress—the buttons on it were real flowers, which are still there and preserved.” 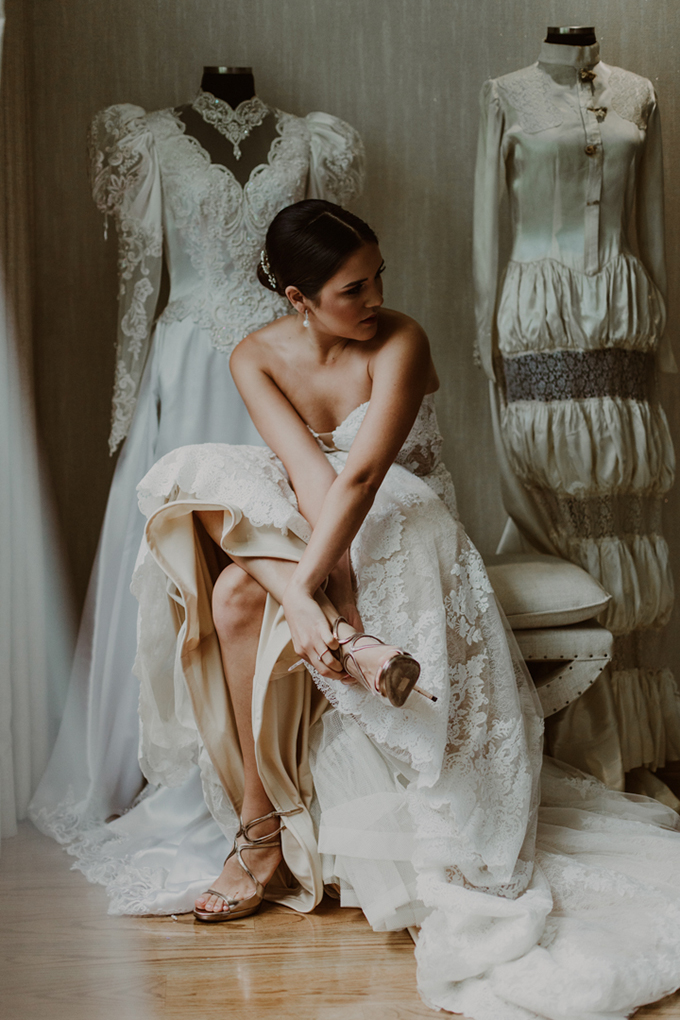 When Villarreal asked about the dress with the puffier sleeves, the bride’s mother signaled to follow her to another room in the house with a big wall of family portraits. “She pointed at this vintage wedding photograph and there it was, the bride’s mother wearing that same dress that they had in her daughter’s room,” she says. “This wedding made me remember why it is important to notice and appreciate everything at a wedding. Everything has a place for a reason, and if you don’t ask, you may never know why.”

A vibrant sunset was just about gone as Josh Pruitt of IVYWILD VISUALS took the last image for this elopement to Rocky Mountain National Park.

“The clouds were catching a lot of beautiful hues from what remained,” says Pruitt. “I wanted to mimic and frame the tip of the mountain with the angle of the couple’s hands and arms as they toasted their Champagne. I realized very early on that it would be more emotive to keep the couple as a silhouette as well as out of focus as it heightened the narrative of the image that much more.”

Dig into our Photo of the Day archives for even more compelling and eye-catching portraits.