Shabana Azmi’s birthday is on Sunday, and she will be 72 years old. Farhan, who is her stepson, was one of the people who used social media to send her well wishes. Farhan said he was a big fan of Shabana and praised her dancing skills in a sweet birthday message he sent with a picture of the two of them.

Farhan posted a picture of him dancing and Shabana looking at him while she danced with a bouquet of flowers in her hand. He wrote, “Happy Birthday @azmishabana18 Been a fan of your dancing since I saw Parvarish and cherish this moment we finally danced together.” 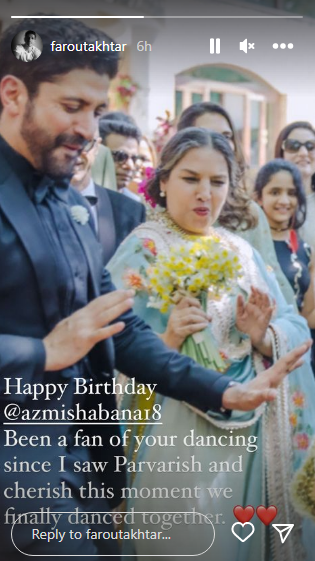 Farhan Akhtar is in the perfect Sunday mood: WATCH