THIS is the unexpected moment a Ukrainian soldier proposed to his girlfriend after stopping her at a checkpoint.

The heartwarming clip, believed to have been filmed yesterday in Fastiv, near Kyiv, shows troops searching civilians at a military checkpoint.

The soldier surprised his girlfriend by proposing to herCredit: SergUA63 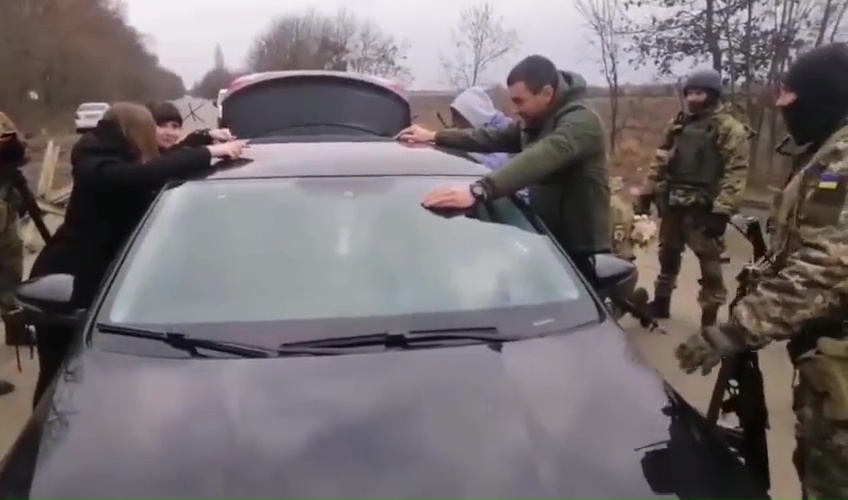 A group of civilians was stopped at a military checkpointCredit: SergUA63 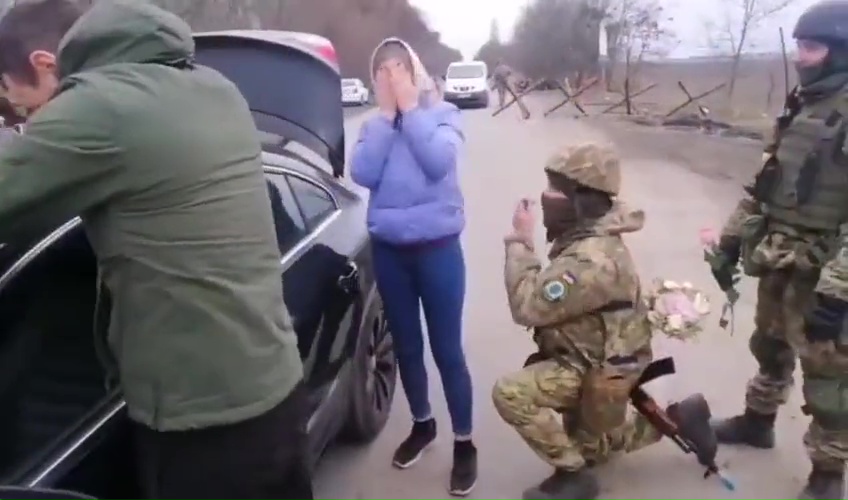 The unexpected proposal is believed to have happened in Fastiv, close to KyivCredit: SergUA63 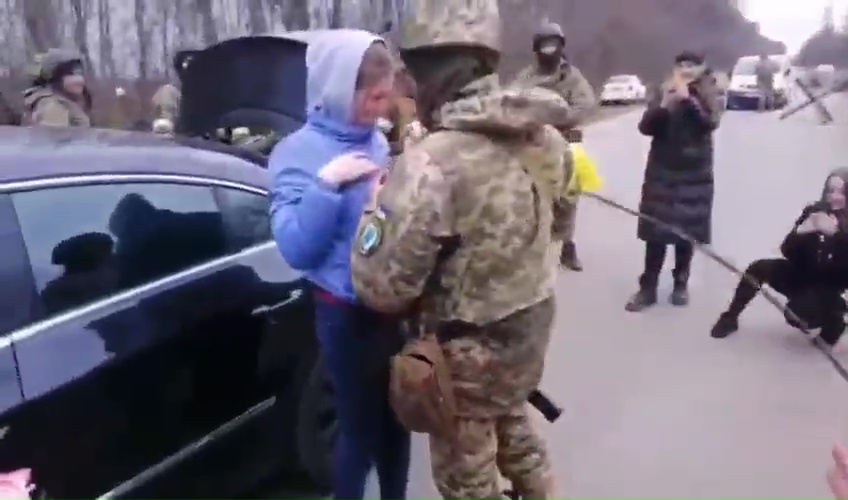 The woman can be seen weeping as her boyfriend popped the questionCredit: SergUA63

Four people can be seen with their hands placed on top of a car while the troops search them and ask for documents.

A soldier holding a bouquet behind his back is seen kneeling behind a woman in a purple jacket.

Suddenly music can be heard as the woman turns around breaking into tears after seeing her boyfriend.

After he places a ring on her finger, the couple hug while they are applauded by everyone around them.

It comes after another couple tied the knot on the front line in Kyiv yesterday, with mayor Vitali Klitschko pictured kissing the bride for good luck.

Territorial defence fighters Valeri and Lesya decided to have an improv wedding at a checkpoint of the capital.

Klitschko, who visited the area on Sunday and congratulated the pair, was seen embracing Lesya and giving her flowers before kissing her on the cheek for good luck.

Meanwhile, Kyiv and Kharkiv came under fresh bombardment on Sunday with air raid sirens being heard in the capital.

Presidential adviser Oleksiy Arestovich said other areas under bombardment overnight included the outskirts of Kyiv, Chernihiv in the north, and Mykolaiv in the south.

Officials in Kyiv warned Russia had now amassed a big enough force to try to seize the capital.

And around 30 Tochka-U tactical missile systems have been brought to Belarus from Russia ready for a feared all-out assault. 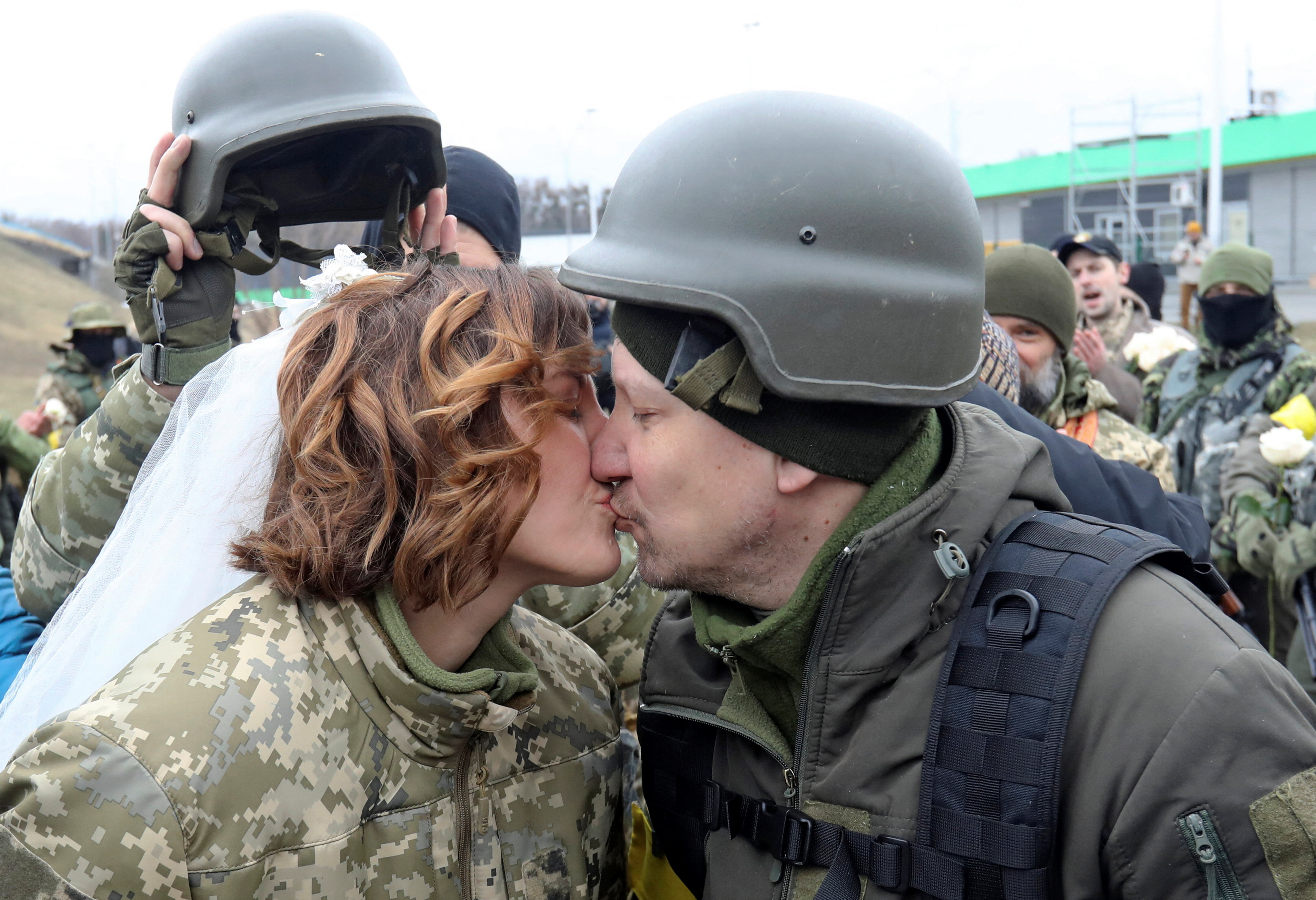 A couple tied the knot at a checkpoint in KyivCredit: Reuters 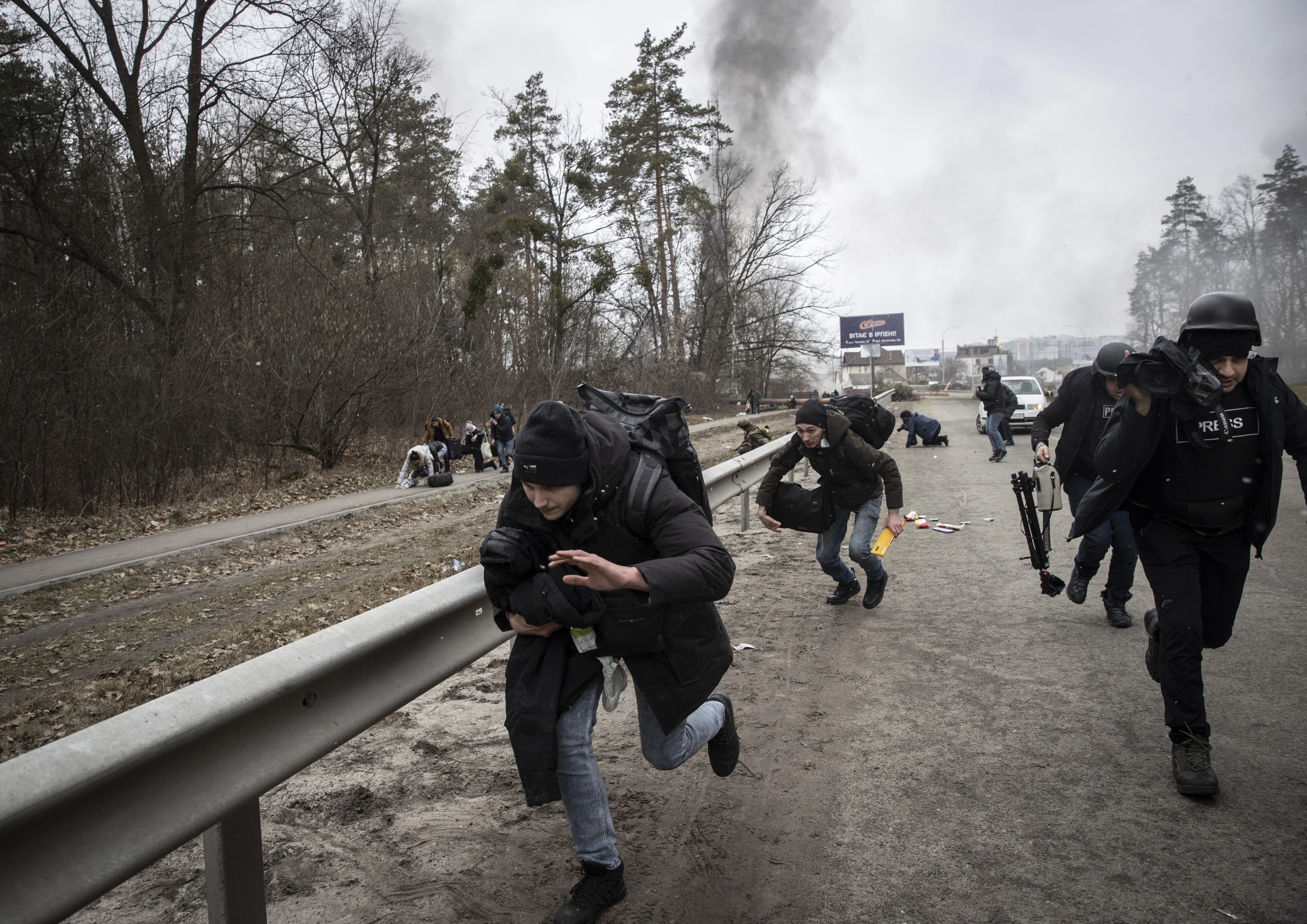 Civilians were seen running for shelter after a fresh bombardment

Help those fleeing conflict with The Sun’s Ukraine Fund

PICTURES of women and children fleeing the horror of Ukraine’s devastated towns and cities have moved Sun readers to tears.

Many of you want to help the five million caught in the chaos — and now you can, by donating to The Sun’s Ukraine Fund.

Give as little as £3 or as much as you can afford and every penny will be donated to the Red Cross on the ground helping women, children, the old, the infirm and the wounded.

The Ukraine Crisis Appeal will support people in areas currently affected and those potentially affected in the future by the crisis.

In the unlikely event that the British Red Cross raise more money than can be reasonably and efficiently spent, any surplus funds will be used to help them prepare for and respond to other humanitarian disasters anywhere in the world.