When India Hicks—the great-granddaughter of Earl Mountbatten of Burma, goddaughter of Prince Charles, and once royal bridesmaid to Princess Diana—married her partner, David Flint Wood, last summer after 26 years of togetherness, the couple, surprisingly, had the most traditional wedding day imaginable. I say surprisingly, because as Hicks herself acknowledges, she and David have had a most untraditional relationship.

“We knew each other from a previous life, but we reconnected when I moved to the Bahamas all those years ago,” says Hicks. “My life has been fairly unexpected and unusual in many instances, and David and I had a whirlwind romance. Four months into it, I discovered I was pregnant, and David suggested we get married and I said, ‘No, I don’t think so.’ I did want to have his children, and I was very much in love, but there was something in me that felt I still wanted to be independent in many ways.”

I recently spoke with Hicks, a renowned designer, entrepreneur, author and humanitarian (she counts her godfather’s Prince’s Trust as one of her principal charity initiatives) for my wedding podcast, Aisle Seat. She shared that she and David travelled back to their native England with their five children and had their wedding in Oxfordshire where Hicks grew up. The ceremony was held in the church she was christened in, with the reception held in the pub down the road where Hicks says she has “eaten most of her life.” The couple hosted 100 guests for the day, and the night before had a pre-wedding party for a different group of 100 guests. Having two parties allowed the couple to have all their friends and family as part of their day at a time when event guest limit restrictions were in effect.

Hicks and I talked about how she decided it was time to say I do, her sublime Emilia Wickstead wedding dress, and why, as a 54-year-old first-time bride, she gave such careful consideration to her wedding look. Read on for our conversation highlights.

On Deciding To Get Married

“We had many traditional steps in our relationship, but we skipped the getting married part. We built a life together very much dominated by family, five children and numerous pets from dogs to snakes to lovebirds. When the pandemic hit, the children aged 13 to 24 all started asking lots of questions about the world and life, which felt very unstable and insecure. I thought it would be really good to do something that felt anchoring, safe and secure. I wanted to do something meaningful for all of us, so one day I said to David, ‘Let’s get married.’ He was very surprised and teased me all the way up to the night before we got married saying he hadn’t yet said yes!” 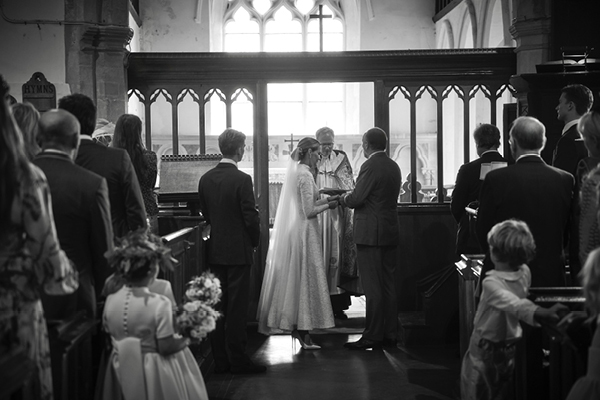 Courtesy of India HicksIndia Hicks and David Flint Wood said their “I dos” at Brightwell Baldwin Parish Church in England, where India was christened.

On Planning a Pandemic Wedding

“I really wanted a very, very traditional wedding. Every detail was as traditional as you could imagine. We wanted it to feel befitting for the times that we’re living in. I wanted nothing to be over the top. I wanted it to be simplified, very countrified, very down to earth and very us.”

On Her Favourite Wedding Day Detail

“The flowers. I love flowers and the arch created at the church was beautiful and exactly as I hoped it would be. We didn’t want to spend a huge amount of money on it because flowers can add up very, very quickly! I asked our florist to use lots of greenery. I love the fact that we took our arrangements from the church and used them at the pub where we had our wedding reception. I wanted to keep everything for our wedding as local as possible, so the flowers were done by a local florist and many of the flowers she used came from my mother’s garden.” 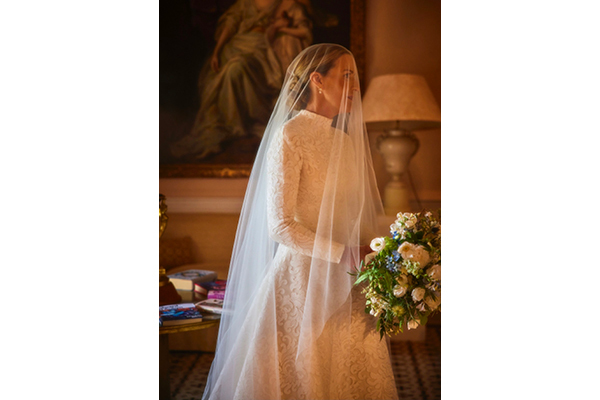 On Her Emilia Wickstead Wedding Dress

“I knew I didn’t want to wear white. And I knew I didn’t want a very long, dramatic dress. So I chose cream, lace and [an] ankle-length hemline. I enlisted the help of a wonderful designer and friend, Emilia Wickstead. We spent some time arguing over the dress because I had very strong ideas about what I wanted, and she as the designer had strong ideas as well. We kept raising the length of the neck up and then taking it down—I just remember the ridiculousness of the neckline! In the end I had a dress that was absolutely what I had in mind, and it was a dress that David loved. When I got to the top of the aisle, he turned and said, ‘Wow.’”

On Her Louboutin Wedding Shoes

“I wanted a bit of sex appeal. I wanted my Christian Louboutins! I wanted to have those red soles—there’s got to be a little bit of naughty. Christian is a really good friend of mine—we met when we were 18 and I was living in Paris, and he’s my daughter Domino’s godfather. He is naughty, with a wicked sense of humour. I went to Paris to meet him and decide what kind of shoe, what kind of heel, and what the message we wanted to send with the style of the shoe.” 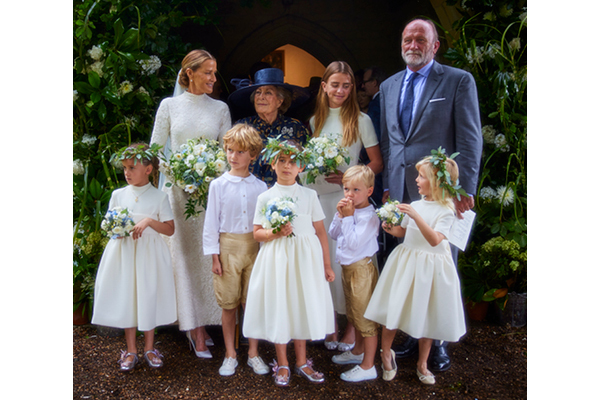 Courtesy of India HicksIndia and David with her mother, Lady Pamela Hicks, her daughter and bridesmaid Domino, and their darling wedding party.

On Her Children’s Role In The Wedding

“My 13-year-old daughter, Domino, was my bridesmaid and a very good one. My eldest son, Wesley, drove me to the church, with my other son Felix in the back seat. Wesley walked me down the aisle; Conrad, my youngest son, read a beautiful passage during the ceremony in the pulpit. The night before at our dinner party, my son Amoury who has a wonderful sense of humour made a speech. So each one of them very much had a role to play.” 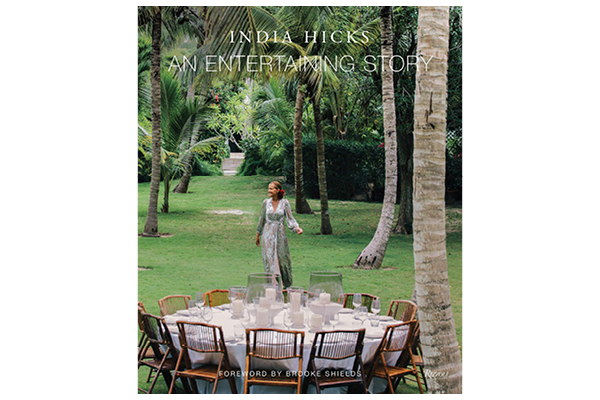 On Why Everyone Needs Help With Wedding Planning

“I wrote a book about entertaining called An Entertaining Story, so I thought I was going to easily plan my wedding. But I learned that you have to have more help than you think you need! I had the help of a very accomplished woman who literally sat beside me to help organize everything. Weddings are full of very unromantic bits of planning that you don’t really think about that suddenly rush up on you. Work with someone who will work with you to help perfectly execute everything.”

On Why Being Married Feels Different

“I thought nothing much would change because David and I have spent 26 years together, but actually it feels exciting to be able to say, ‘This is my husband.’”