For more than thirty years, Rachel Trevor-Morgan has reigned as one of the foremost hatmakers in Great Britain. Her colorful, architecturally sublime creations have appeared on the most stylish heads in the realm (including, frequently, on that of the head of the realm) at countless weddings, derbies, and other formal occasions.

Like many business owners, Trevor-Morgan saw orders decline during the pandemic (no grand celebrations, no need for celebratory hats) but this past June, commissions began pouring in again. “Women were ready to go out and dress up,” she said in a recent conversation with T&C. “Ever since then, we have begun our days at 7 a.m. and don’t stop until 7 p.m. My hands feel like rubber.” 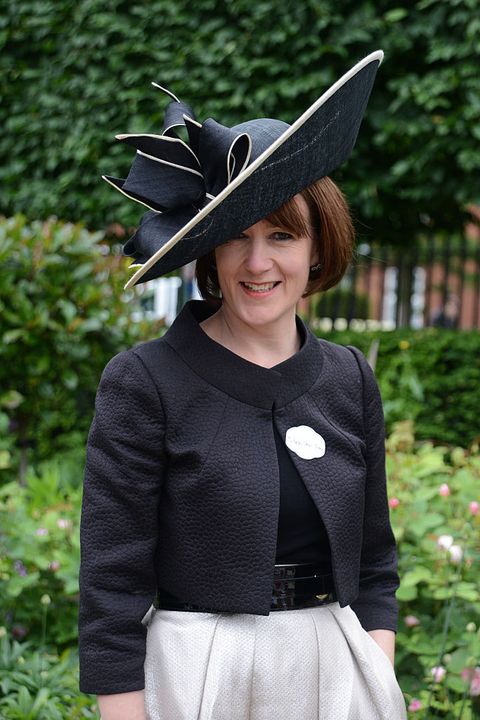 Her hands are most likely sore because Trevor-Morgan and her small team of artisans, many of whom have worked with her for decades, do everything by hand, including stretching straw and silk fabric onto custom wood forms, pinning it, and then steaming it with a heavy iron. Color matching—which Morgan does now almost by instinct—involves stirring dyes into a pot heated on an electric plate until somehow a test strip emerges in the exact hue of a swatch from the dress it must match.

Detailing and trimming, such as forming lifelike flowers to complement those on a dress print, is done with a pair of scissors and antique ball-shaped ironing tools. “What we do is very labor-intensive but we love our craft with a passion, and we don’t really want to compromise on how we make things.” (To see how she makes hats, watch this video from Create Day 2021 where Trevor-Morgan demonstrates each step in the process.) 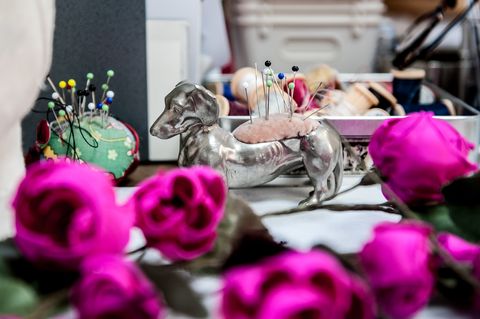 A pin cushion in the shape of a Dachshund at Trevor-Morgan’s atelier honors one her beloved pets, Daphne.

Trevor-Morgan, who first fell in love with hats when watching her mother dress for church on Sundays, learned her trade from two of England’s most respected hatmakers. “I served my [first] apprenticeship with Graham Smith. He was a master craftsman and I was so very lucky to learn in his workroom.” After three years with Smith, she apprenticed with Phillip Somerville at his salon. “There I was able to hone my selling skills and gain first-hand experience in dealing with clients.”

Trevor-Morgan struck out on her own after her apprenticeships and quickly won over an enthusiastic clientele, which included members of the royal family. In 2014 she was granted the Royal Warrant of Appointment, which the Palace defines as “a mark of recognition to people or companies who have regularly supplied goods or services to HM The Queen, HRH The Duke of Edinburgh or HRH The Prince of Wales or their Households.” 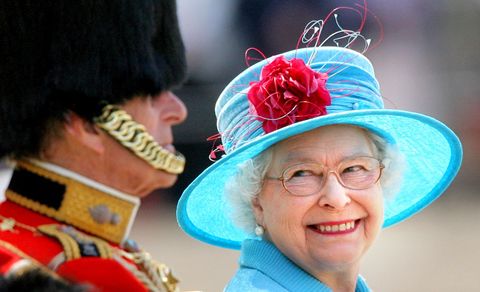 Queen Elizabeth II in a Rachel Trevor-Morgan hat with the Duke of Edinburgh on Horse Guards Parade during the annual Trooping the Colour parade in 2009.

Artisans who work with the family are often reluctant to share what that process is like, but Trevor-Morgan did say, “When designing a hat for Her Majesty, I mostly collaborate with fellow warrant holder [dressmaker] Stewart Parvin. I receive a sketch and swatches from him and take the hat design process from there. I take into account the color of the coat and print of the dress and also occasion (although we are not always privy to that). It is a huge honor to make hats for The Queen, she has such a wonderful sense of style and has worn so many hats over the years, I feel enormously proud to be playing my part.”

When working with new clients, or with ones who are less sartorially adventurous, choosing a hat can be a slow process. “Sometimes it’s a bit of a challenge to find the hat that is going to work for them,” she said. “You’re hoping you may want to push them a little bit out of their comfort zone, but you don’t want to take them completely out because you know you want them to enjoy the whole experience.”

It’s a familiar routine for Trevor-Morgan and her team, who have dozens of samples for customers to try on at her studio in St. James. “There’s a wonderful moment when someone tries on samples and gets to the right one,” she said. “Then, hopefully, they go to the wedding, racing event, or wherever and get compliments and feel completely fantastic. And they’re hooked!” 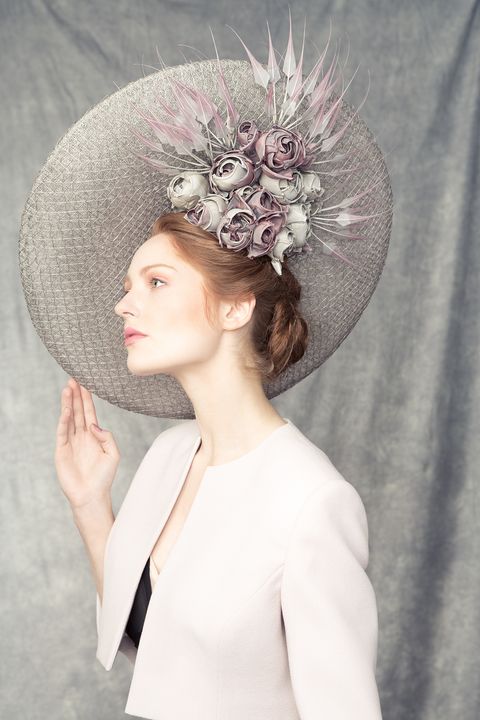 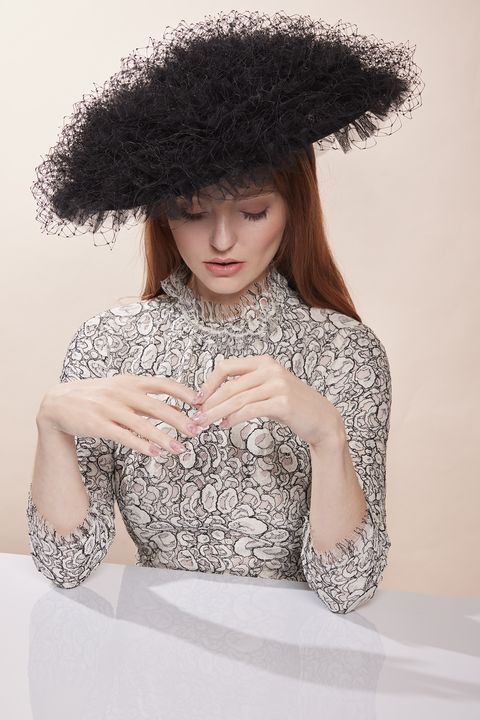 Wediquette Wednesday: Are the groom’s parents responsible for the rehearsal and flowers?