Kid Cudi has sparked gay rumors every time he has stepped out in a dress and the same happened when the Ohio native landed on the red carpet of the 2021 CFDA Awards held in New York City on Wednesday, November 10. The ‘A Man on the Moon’ hitmaker made the public appearance in a wedding gown wearing a veil and a pair of white sneakers that soon got the Internet taking.

Kid Cudi left everyone by surprise the moment he was spotted at the award ceremony. This is not the first time when the 37-year-old hip-hop artist has tried to bridge the gap between the genders with the help of fashion. However, Cudi has always got massively trolled for his risk-taking abilities. The same happened when Cudi descended on the red carpet in the bridal inspired outfit. A majority of social media users poked fun at the award-winning artist’s dress also dubbing him as gay.

Kid Cudi donned the wedding-inspired look with a full lace catsuit worn underneath a matching knee-length skirt and a sleek white blazer. The rapper opted out of heels and went for a pair of cool white sneakers. He completed the look with a gorgeous veil. Eli Russell Linnetz, who has been nominated for American Emerging Designer of the Year at CFDA this year, shared his insight on the outfit saying, “I just out of the blue sent him a text of a wedding dress and I was like, ‘Will you be my bride?’’, as reported by People magazine. Cudi, speaking on the same, told People, “I trust this man so I was down to take it wherever his mind went.” To take the bridal-inspired outfit a notch higher, he accessorized it with a stunning pendant necklace.

Kid Cudi first sparked gay rumors in April 2021 when he donned a floral dress on ‘SNL’ in order to give a tribute to Kurt Cobain. He later spoke on HBO Max’s ‘The Shop: Uninterrupted’ saying, “The image of seeing Kurt Cobain in a dress was very rock’n’roll to me. That was cool. So I already made my mind up years ago that I wanted to do this. And it’s cool because I’m also giving confidence to the kids and telling them to be themselves and do what they want to do. He further said, “I’ve never been someone who’s like thinking about the backlash. I don’t give a f**k about what anyone thinks. You can’t when you’re doing this s**t. I knew it would piss some people off, but I love that. Because hip-hop is so weird about s**t.”

On similar lines, the rapper recently extended support to Lil Nas X when the latter tweeted that Black male rappers were not interested in working with him.  Cudi, in September 2021, had said that he wanted to help Lil Nas X in destroying the ‘homophobic cloud over hip-hop’. Cudi had also deactivated his Instagram account for a while after he was mocked for his painted nails a few months ago. He again grabbed headlines when he decided to step out in a long black skirt at the New York Fashion Meet in September 2021.

Trolling Kid Cudi’s outfit, one user said, “You are recovering from 2020 world shenanigans, and here comes Kid Cudi in a wedding dress again.” Another stated, “Kid Cudi coke got fentanyl in it. My boy been on weird s**t.” One added, “Kid Cudi fallin off as a person with those crazy fits for attention I still separate the art tho.” The next one shared, “He’s trying too hard now bro. I’m all for guys expressing themselves the way they want with their clothing, but this looks terrible. Everything from the eyeshadow making him look like he hasn’t slept in a week to the outfit itself? This looks like trash.”

Meanwhile, one asserted, “He Cleary don’t look happy to be wearing that. He’s just a puppet.” One user said, “Nah kid cudi in a wedding dress is the wildest s**t Iv seen this year.” Another posted, “That raggedy a** outfit if u gonna do something do it right.” One said, “IDGAF what anyone says (and I’m sure the feelings are mutual) but.. Kid Cudi is definitely gay.” One user tweeted, “Got no problem against gay ppl but kid cudi gay af he jus dont know how to come out.” And, another concluded, “Kid cudi gay? Man nobody saw that coming.” 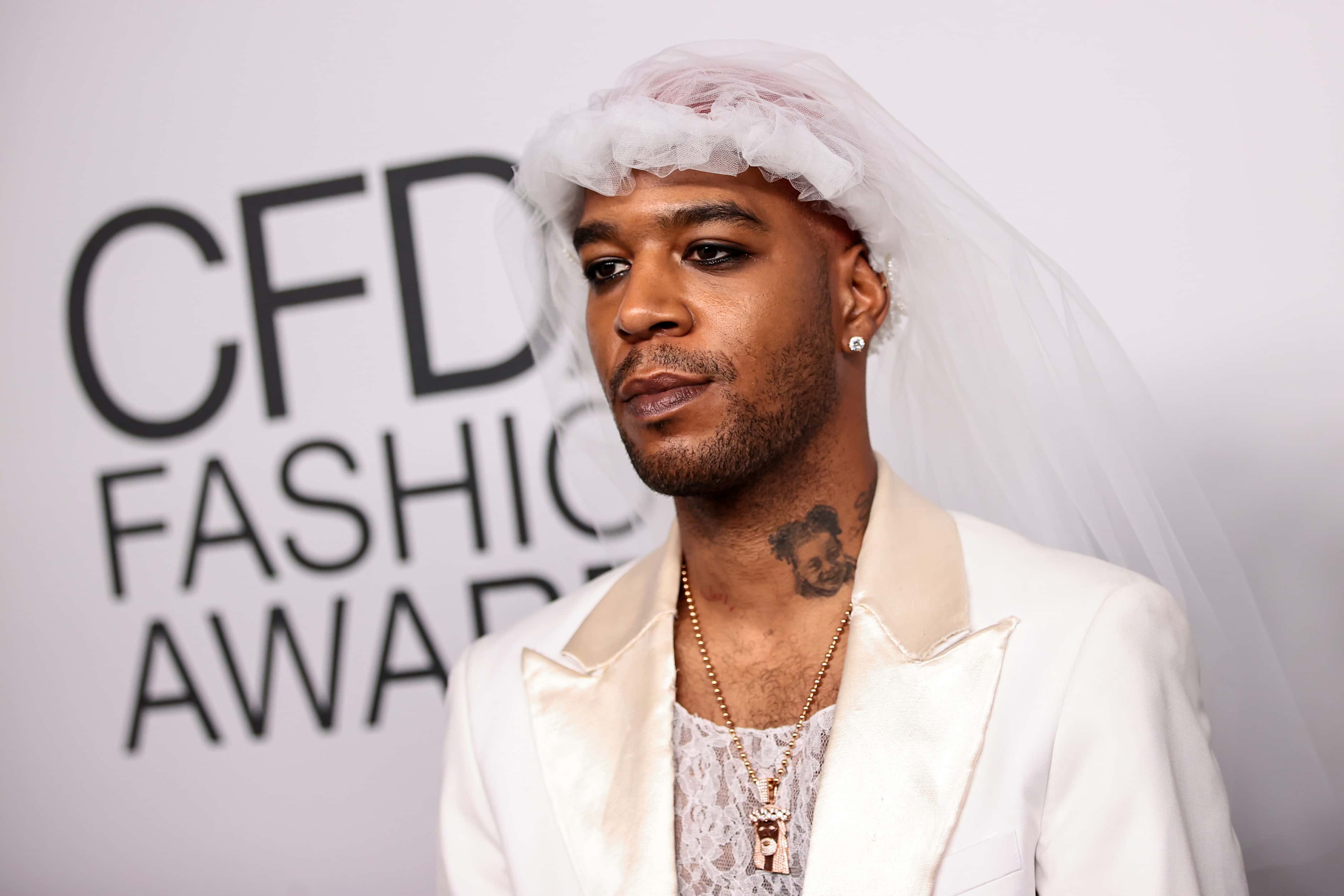 Kid Cudi coke got fentanyl in it. My boy been on weird shit

He’s trying too hard now bro. I’m all for guys expressing themselves the way they want with their clothing, but this looks terrible. Everything from the eyeshadow making him look like he hasn’t slept in a week to the outfit itself? This looks like trash

He Cleary don’t look happy to be wearing that. He’s just a puppet🤣