Orchids, palm pods and rambutan come together in woven containers.

In the almost three decades that he worked in the United States as an event stylist and then later as a resident designer for the Brooklyn Museum, Jose Francisco “Joji” Duque developed and honed his distinct sense of style. In his line of work, he has seen countless combinations of flowers and foliage—from the deceptively simple to the wildly elaborate—but has retained an aesthetic that knows when to stop and what to edit out.

“It’s about controlling yourself, it’s design na may preno,” Duque told Lifestyle in a phone interview. “If it’s a wedding, the focus should be on the bride and groom—it’s not a flower show.”

He returned to the Philippines a few years ago and has since been tapped to handle the floral arrangements for a number of weddings and social events.

“I wanted to offer my services to my countrymen,” he said.

Duque was made aware that splashy, imported flowers are de rigueur in most Filipino weddings but makes it a point to talk with the bride to present his nontraditional concepts that incorporate locally sourced leaves, fruits and pods.

“I enjoy working with ‘new’ materials that are seldom or have never been tapped by the industry,” he said.

His current favorites include the branches and leaves from chico (sapodilla) and caimito (star apple) trees. 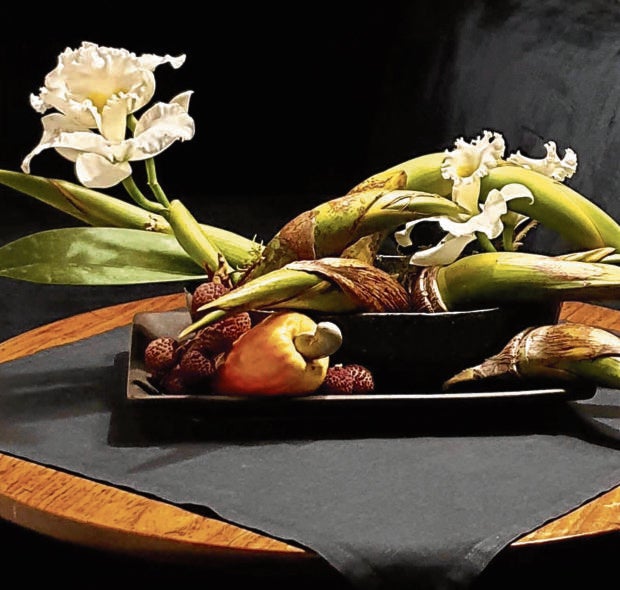 This arrangement incorporates “kasuy” fruit with various stalks and leaves.

He admits that his use of these common leaves was one wholly unplanned. When he’s outdoors, Duque keeps his eyes peeled for interesting foliage. If he doesn’t know the name of a plant or tree, he takes photos and shows them to his supplier.

“My supplier laughs and tells me these trees or plants grow everywhere,” he said.

They do but when he incorporates them into his designs, they take on a totally different look.

“It’s the elegance of vulgarity because sometimes they might appear garish but I believe in having beauty in the right temper. If a certain element is not needed, then don’t use it.”

Many florists depend on Dangwa in Manila for their floral needs but Duque is partial to sourcing common plants and vines for his arrangements. For one high society wedding, he worked with tropical leaves, bougainvillea, San Francisco plants and cadena de amor, a climbing vine with small clusters of flowers. 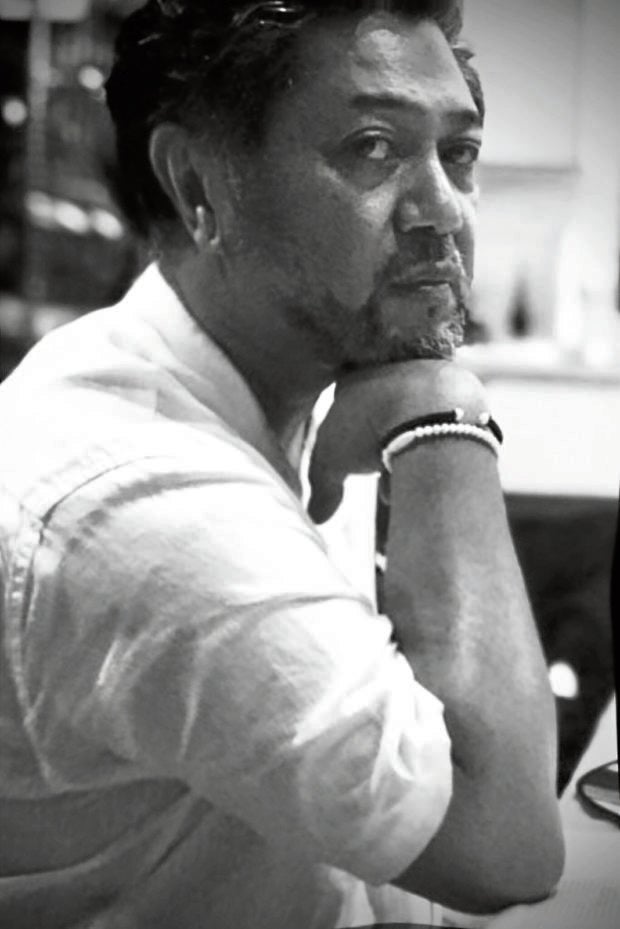 For another bride, he nimbly clustered tiny sampaguita into coin-sized blooms that looks almost sculptural when gathered into a bouquet. It reminded one of the elaborate jasmine garlands one finds in Thai temples but his creation was more delicate and subdued.

“The tropical flowers sold here tend to be stiff—naninigas—so I try to balance that out and create fluidity and movement by using foliage, vines and tree pods.”

He has even incorporated different fruits into his arrangements like balimbing (carambola), tiesa (canistel fruit) and mabolo (velvet apple).

“I love tiesa because it’s shaped like a heart and has a nice color. Mabolo is gorgeous, it’s velvety; sometimes it’s reddish or brownish. I also like using kasuy (cashew) fruit but not on dining tables because it’s very pungent.”

His brides and high-profile clients latch on to his vision once he explains things to them. They appreciate that Duque is adamant about not using fragrant flowers or scented candles on dining tables.

“When it comes to floral centerpieces, only the eyes should ‘eat’—not the nose. You can play with color and texture but scents shouldn’t interfere with the food,” he said.

“You can still create impact by keeping it low key and beautiful.”