While James Gunn remains as open as ever about his work in both the Marvel and DC Universes, he also regularly shares updates on his personal life, particularly when it includes his fiancé and longtime partner Jennifer Holland.

The two are a fan-favorite couple in Hollywood, even having gotten the opportunity to work together in the DC Universe – Holland played Emilia Harcourt in both The Suicide Squad and Peacemaker, which Gunn directed and wrote. Gunn even celebrated the pair’s engagement this February, marking an emotional and special occasion for them after seven years of dating.

Now, only a few months later, that engagement has turned into a marriage as Gunn and Holland take the next step forward with their love for one another.

Marvel and DC director James Gunn posted on Twitter to celebrate his marriage to Jennifer Holland following a ceremony over the weekend of September 24, 2022. Gunn is known for his directorial work and writing credits on Marvel Studios’ Guardians of the Galaxy trilogy and Warner Bros.’ The Suicide Squad and Peacemaker, while Holland portrayed Emilia Harcourt in both of the latter DC projects.

Gunn and Holland share their first kiss as husband and wife as Holland’s bridesmaids smile and cheer for the newly married couple.

The couple shows their hands in the air with huge smiles on their faces to thunderous applause, including from James Gunn’s brother Sean on the director’s left side. 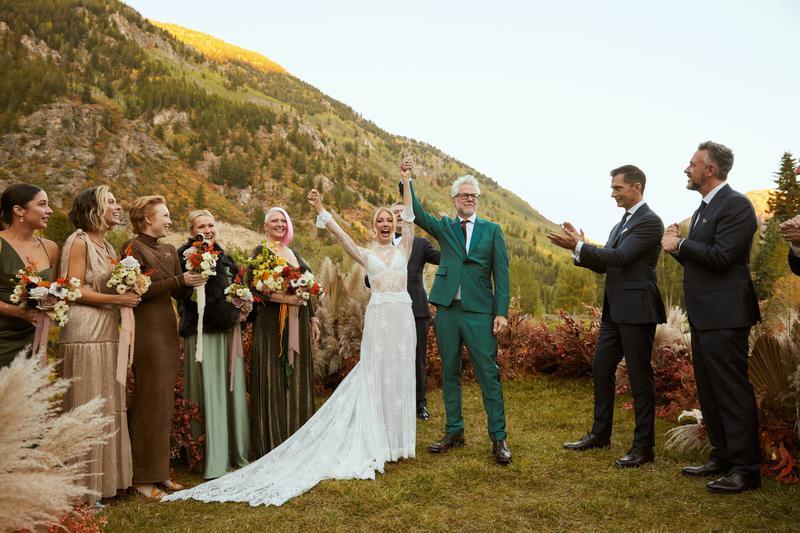 In a black & white image, Gunn and Holland smile while walking down the aisle as a married couple, with Holland holding her bouquet of flowers and Gunn giving a fist bump to one of their guests.

Holland poses for a picture on her own, showing off her gorgeous dress and bouquet as she looks to the side. She stands in front of a beautiful lake and mountain at the wedding venue in Aspen, Colorado, as the train of her dress flows behind her. 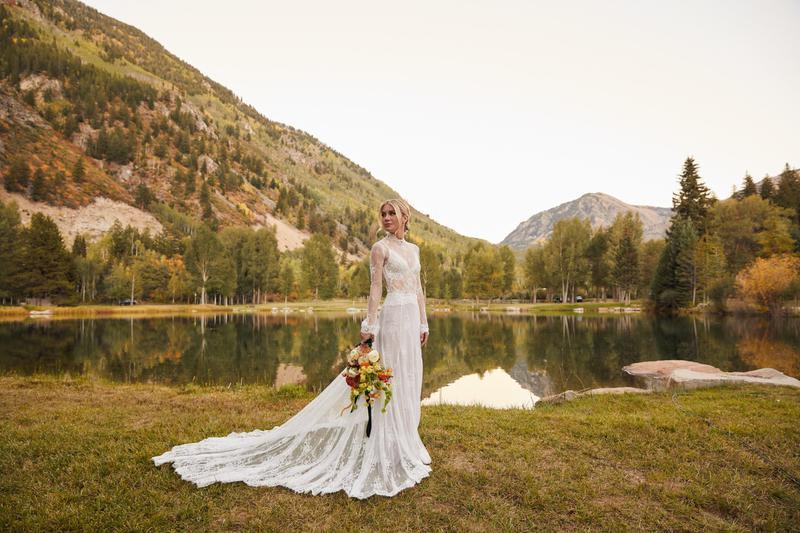 Gunn also shared a hilarious video from the ceremony, which showed a huge black moose trotting alongside the crowd in the woods. Gunn even noted that actor Matthew Lillard, who played Shaggy in both of the live-action Scooby-Doo movies that Gunn wrote, joked about the moose being “James’ Dad:”

“We got married here in Aspen, Colorado at Dunbar Ranch. A moose interrupted the beginning of the ceremony! For those who don’t know, moose are the most dangerous wild mammals in North America. But the big dude just wandered by. Matthew Lillard yelled out, “It’s James’ Dad!”

Gunn shared another round of images from the ceremony and the reception, giving fans a look at his and Holland’s wedding weekend.

Holland and Gunn squeal with excitement as Sean Gunn proclaims them to be married, serving as the officiant for his brother’s wedding. He even fought through altitude sickness to make the magic happen. 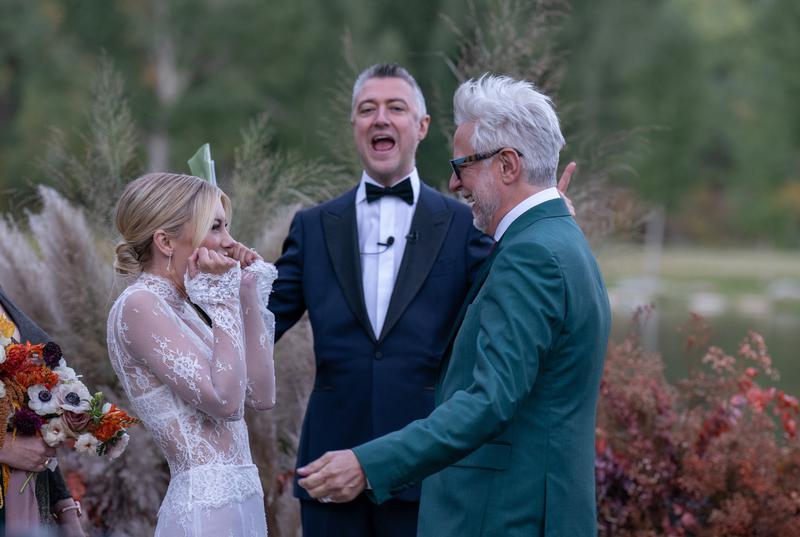 Gunn walks across the lawn next to Holland and a few of their guests, both of them wearing different outfits from what they wore during the ceremony. 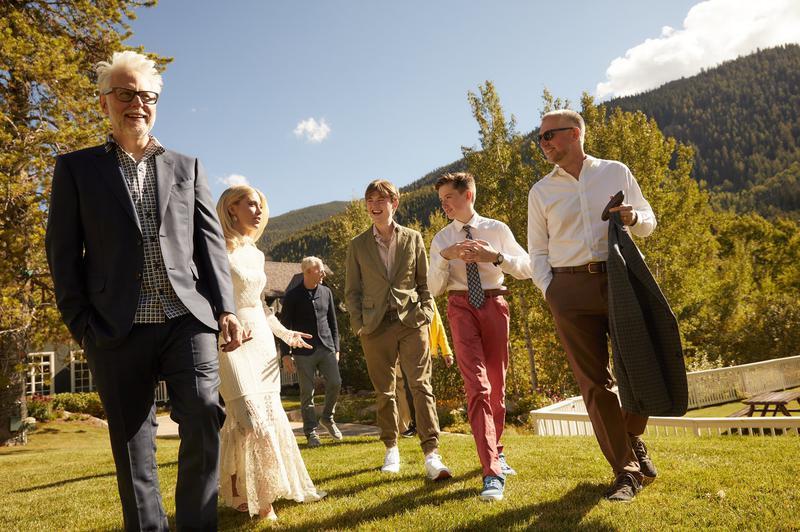 Holland is all smiles as she takes in her wedding, wearing a second dress and showing her guests around the event. 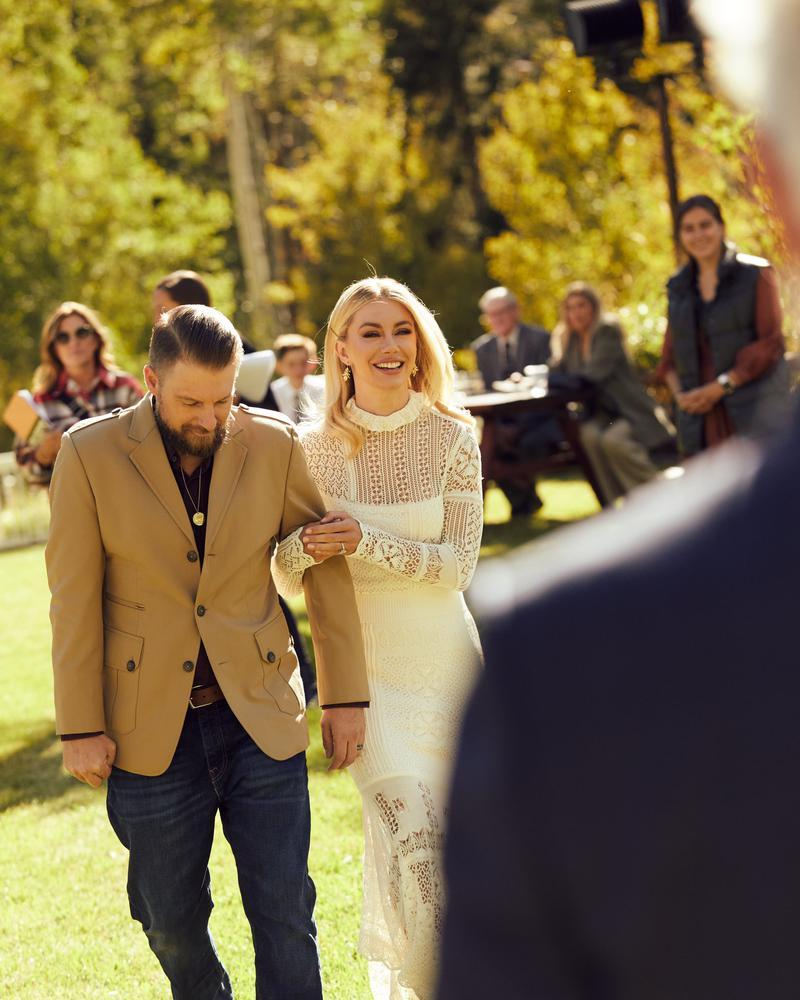 Inside the reception area, Holland shows off her new ring to some of her friends and guests, even though the ring itself isn’t visible in the image. 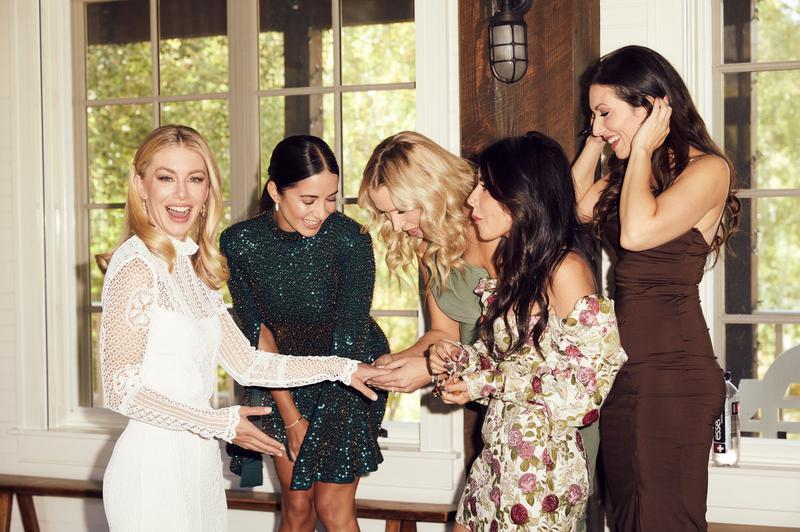 Gunn shared the following caption with that set of images, thanking his brother along with the rest of the wedding party for making the experience so incredible:

“I was lucky to have my brother Sean Gunn (who battled through altitude sickness) as the officiant. He killed it. Our bridesmaids & groomsmen were awesome. Jenn’s Matron-of-Honor was my sister Beth & my best man was Stevie Blackehart. Jenn’s brother Bill walked her down the aisle.”

To close the thread, Gunn posted an image of his and Holland’s wedding cake, which came complete with one-of-a-kind Funko Pops! depicting the happy couple in their wedding attire. Gunn even noted that Holland’s figurine was so good that he wasn’t allowed to see it before the wedding as to not ruin the surprise of her dress.

“Thanks to Funko Pop! for our cake toppers! They matched my tux and Jenn’s gown perfectly – in fact they did such a great job, Jenn wouldn’t let me see her Funko before the wedding!” 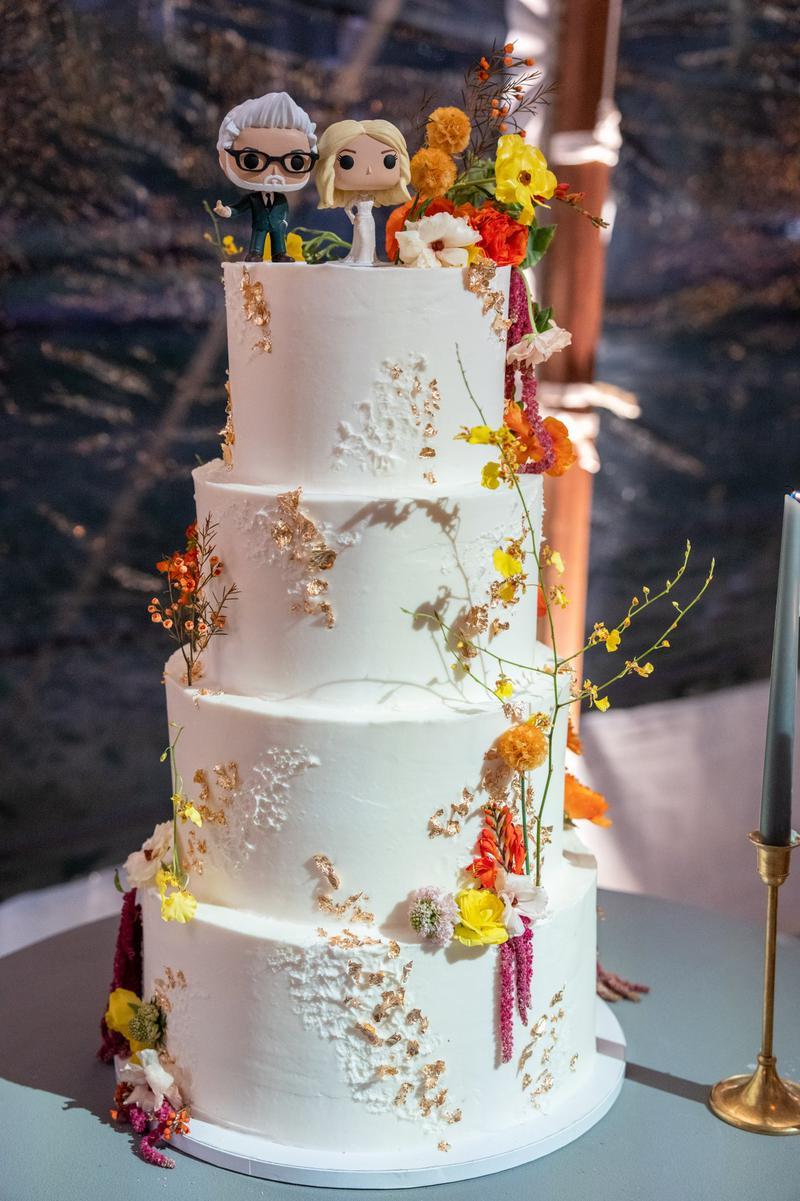 While James Gunn is still hard at work developing Guardians of the Galaxy Vol. 3 for Marvel Studios, along with the team’s Holiday Special on Disney+, it’s heartwarming to see him take a weekend for this special occasion in his life with Jennifer Holland. The two have showcased their love for one another throughout most of Gunn’s time involved with Marvel, and now, these pictures give just a hint of how amazing their wedding ceremony was.

Aspen, Colorado served as a beautiful background for the occasion, complete with the local wildlife as the couple and their guests caught a glimpse of a moose only a few feet away. While it’s unknown who was in attendance for the wedding, everybody in the pictures clearly enjoyed their time with Gunn and Holland in the mountains.

Now, potentially after the couple takes their honeymoon, Gunn will be back to work for Marvel as he completes post-production on two eagerly-awaited new entries.