JODIE COMER is at the centre of another security scare involving a fan.

An admirer who previously sparked an alert outside the West End theatre where she is on stage has returned.

Jodie Comer is at the centre of another security scare involving a fanCredit: Getty – Contributor 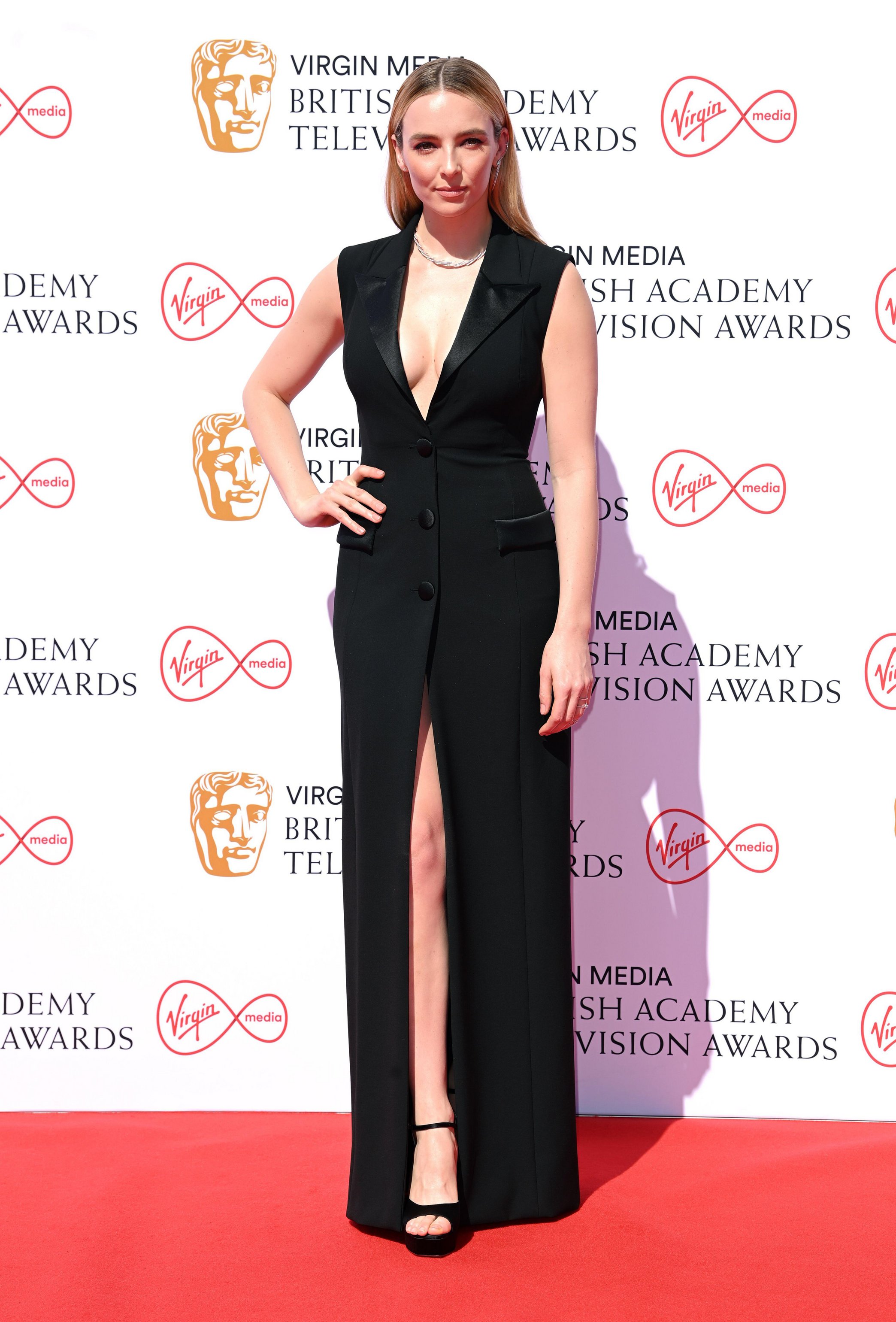 Last year Jodie was targeted with death threats by a stalker in FranceCredit: Alamy

It follows an incident last year in which Jodie — Villanelle in BBC spy thriller Killing Eve — was targeted with death threats by a stalker in France.

That suspect, who had threatened to “create carnage”, was arrested.

There is no suggestion he is the same man.

The Sun on Sunday told last month that people who had gathered outside the Harold Pinter Theatre in London reported “worrying” behaviour to security staff.

They said a man, who appeared to be in his 40s, wearing a suit and carrying a bouquet of flowers for Jodie, was causing concern.

CCTV footage at the theatre, where Jodie is appearing in Prima Facie, was examined.

But sources said fans of the Bafta-winning actress again spotted the man behaving “oddly” outside the stage door after last Saturday night’s performance.

They then pointed him out to the theatre security staff.

One said: “The man was dressed smartly in a blue shirt, with a jumper over his shoulders.

“He seemed to be trying to act casually but kept moving around.

“First he was across the road, then he moved to one side, and then another.

“It seemed like he didn’t want too many people to pick up on the fact he was there.

“That night, Jodie came out and got straight into her car.

“But some of her die-hard fans recognised him and pointed him out to security.

“They identified him as the same man who had raised concerns before.

“The staff registered their warning and told them that Jodie isn’t stopping to greet fans outside the stage door at the moment.

“They insisted that her safety is paramount.”

MEGAN PUSHES IT TO MAX

MEGAN THEE STALLION shows off her vocal skills and physique in a painful-looking leotard at the Preakness festival in Maryland, US.

But Eighties hip-hop act Salt-N-Pepa, who had a hit with Push It, reckon female rappers should start covering up. 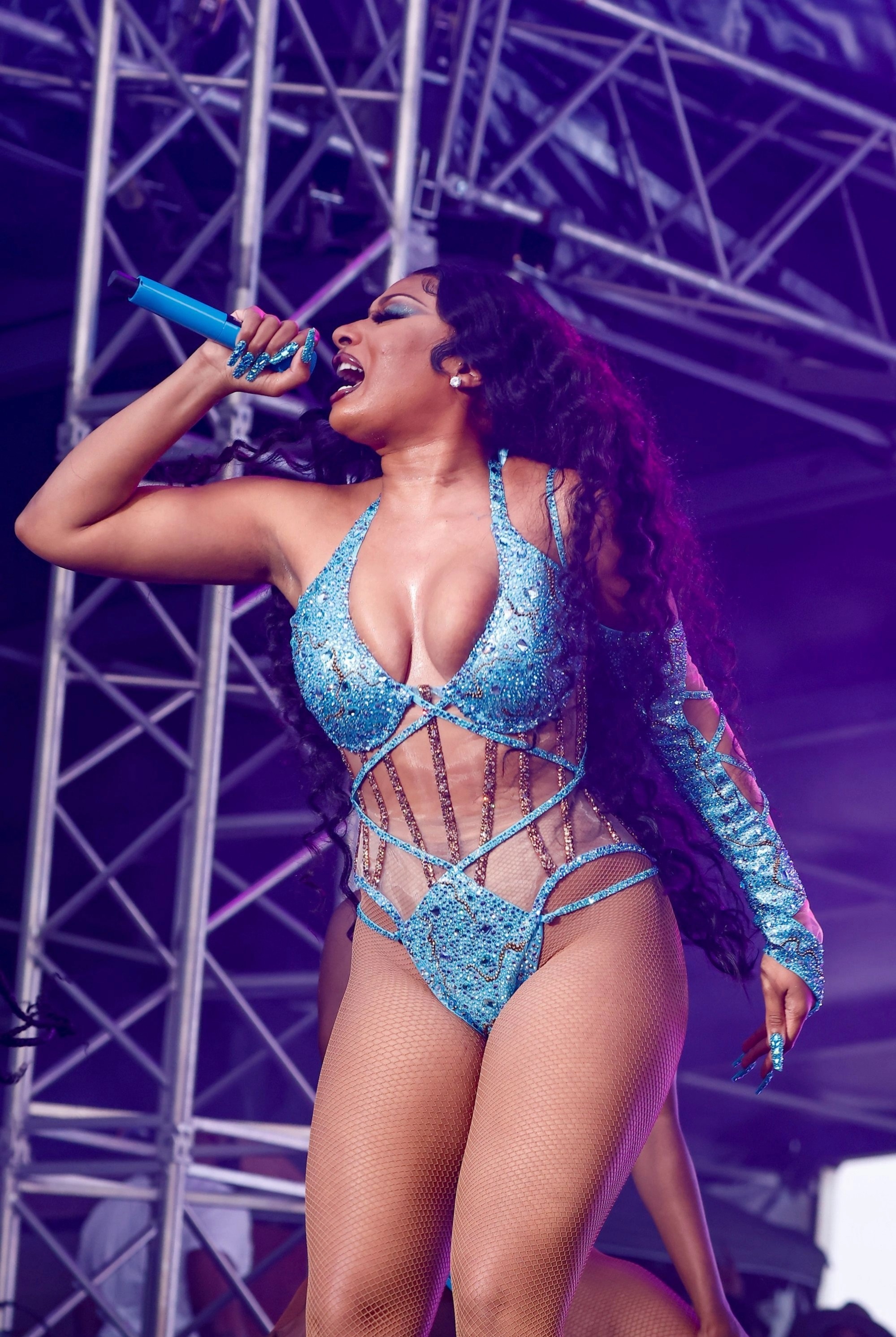 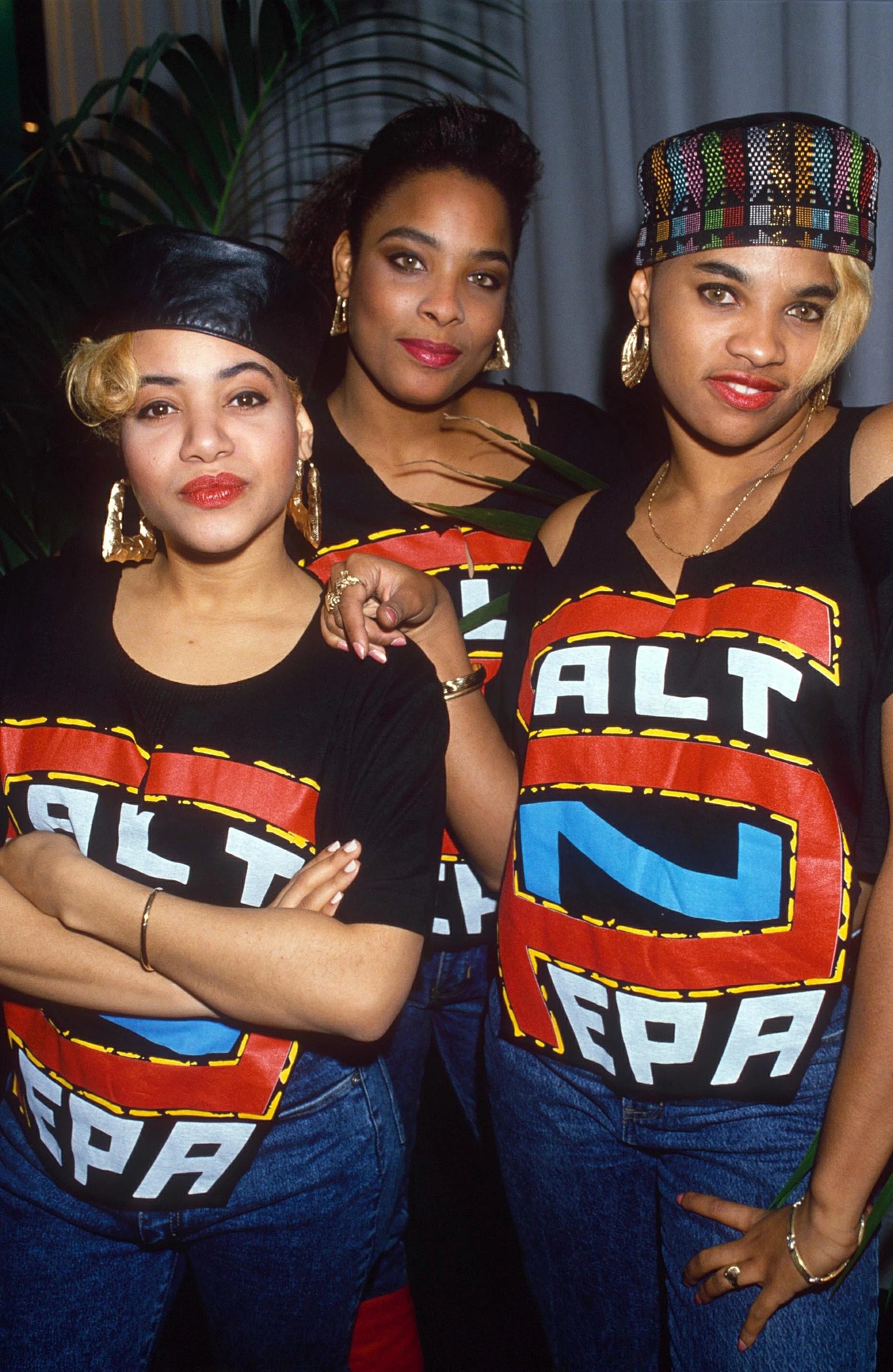 Eighties hip-hop act Salt-N-Pepa, who had a hit with Push It, reckon female rappers should start covering upCredit: Rex

Cheryl James aka Salt, whose band favoured a less compromising look, said: “There was a long time when there were no women.

“There was a big gap and then Nicki Minaj came out and she led the charge. Then all these women started going behind her.

“But there’s only a certain type and it’s overtly sexual.”

She added: “It feels like there is a championing of the more sexual you are, the better.”

BORN to a church pastor in California, it was fitting this singer-songwriter should perform her distinctive take on West Coast folk-rock under the almost cathedral-like arches of the Omeara.

The intimate venue, with a capacity of just over 300, was packed.

But Grammy-nominated Madison’s self-deprecating humour and charming interactions made you feel like you were the only person in the room.

This rising star stunned the crowd into silence with song Life According To Raechel.

TURNING ON THE STYLES

Harry Styles had the sell-out crowd in the palm of his hand at this one-off gig.

With girlfriend Olivia Wilde watching on, he opened with Music For A Sushi Restaurant from new album Harry’s House. 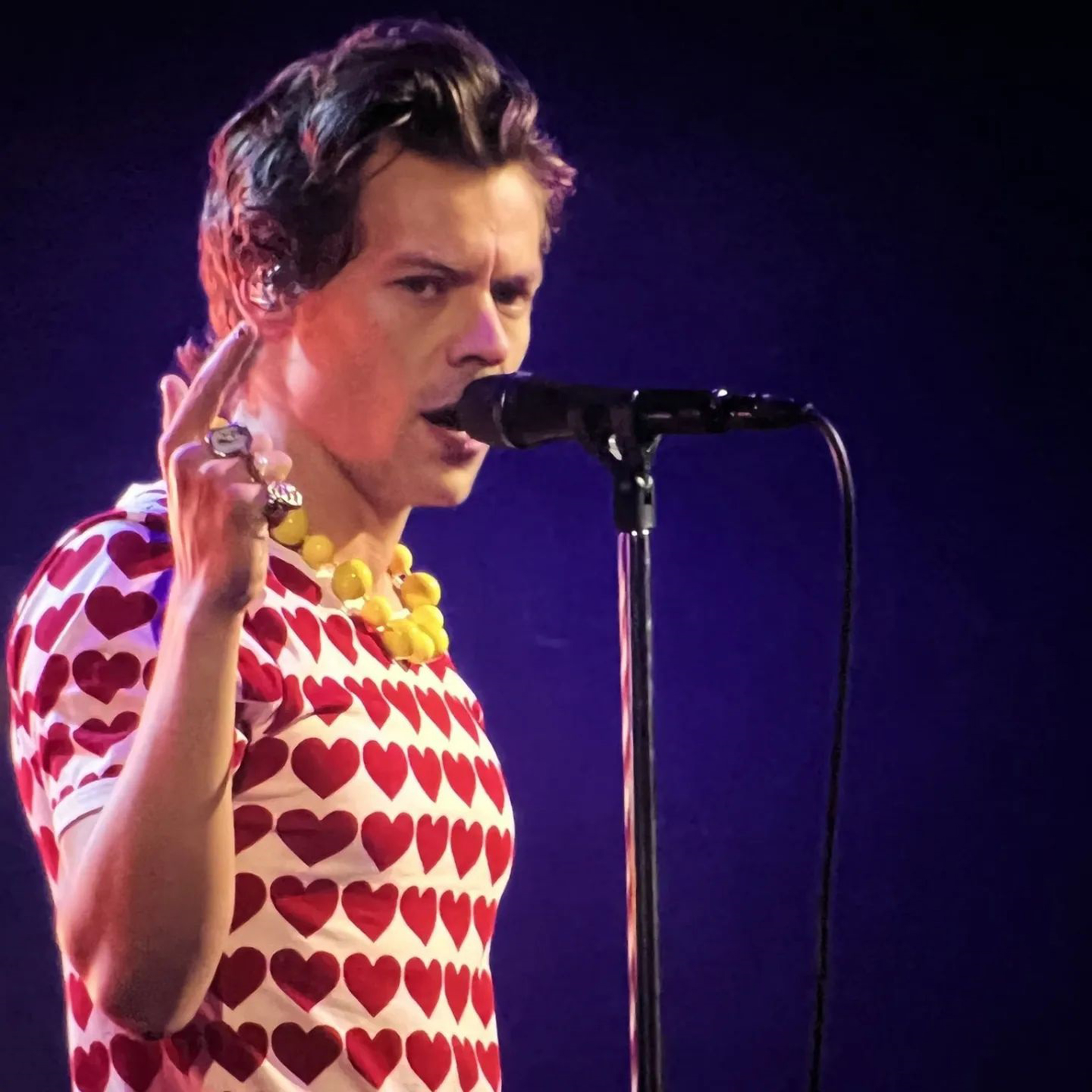 Harry Styles, performed his One Night Only, show at UBS Arena in New York on FridayCredit: Instagram 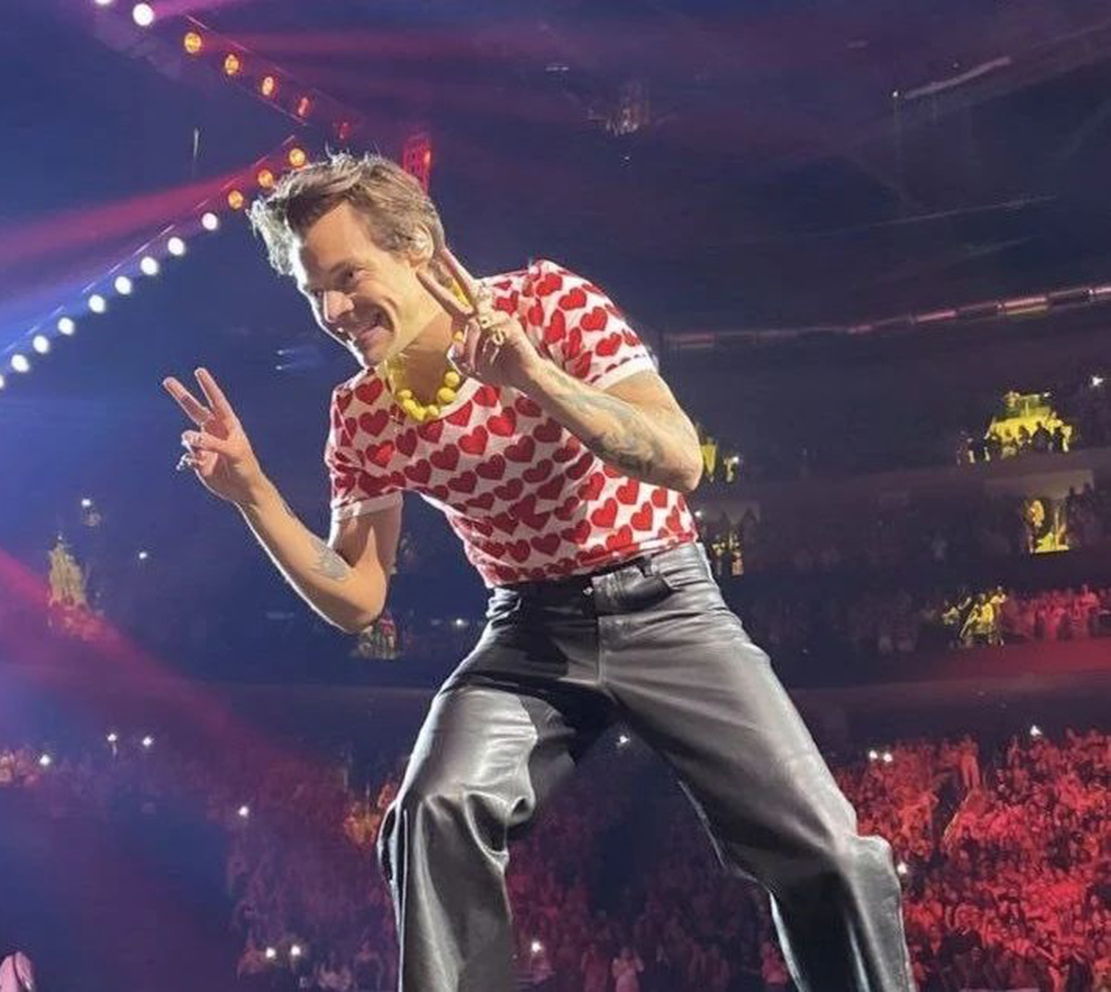 He performed a string of his latest tracks and strutted around the stage to Adore You.

Harry forgot the words to Watermelon Sugar and waved both a Ukraine flag and Pride flag during Sign Of The Times, as well as singing One Direction’s What Makes You Beautiful.

The singer recently explained he is happier than ever after therapy, telling Howard Stern on SiriusXM: “Therapy changed my life in a big way. I’d strongly recommend it.”

Harry was at the top of his game and we can’t wait for his UK gigs.

OUR favourite shiny TV stars are touring the country with sequins and smiles – giving us a much-needed off-season Strictly fix.

The pavilion was full with all ages, excited for a dose of ballroom magic.

The pro pack, including Nadiya Bychkova and Gorka Marquez didn’t disappoint, with colourful costumes, banter and chemistry, greeting the crowd like old pals.

Some breathtaking performances left some close to tears.
A must-see for fans.

TRAVIS IS A LICKY GUY

The loved-up couple were in Portofino, Italy, for a boozy pre- wedding dinner with friends and family. 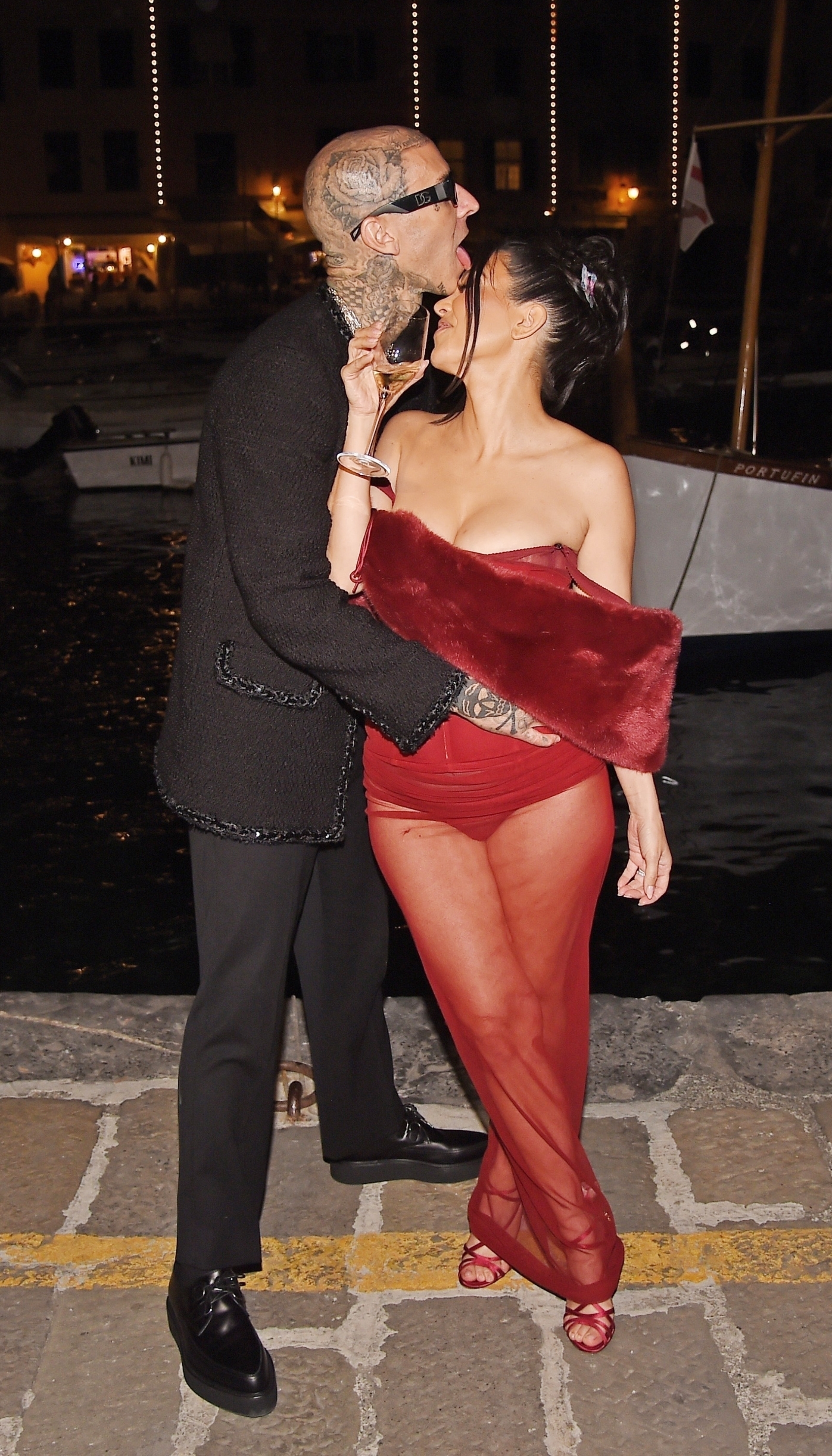 Blink 182’s drummer got up close and personal with Kourtney who was showing off almost everything in a red dress.

And she was laughing, champagne flute in hand, as Travis kissed her.

If they are like this now, imagine the honeymoon.

COURTENEY COX had a “midlife crisis” as she struggled to deal with ageing in Hollywood.

She told the Awards Chatter podcast: “I wasn’t able to come to terms with the fact that I’m getting older.

“I think I was going through a midlife crisis.”

She said problems started after her comedy Cougar Town was axed in 2015 and added: “I loved the show, then I went through a break-up.

“It really affected me.”

TINIE TEMPAH could be heading in a rockier direction.

The rapper is in talks about a duet with U2 frontman Bono as he gears up for his next album.

It comes after the Irish singer formed a friendship with Tinie after making contact at showbiz events.

A music source said: “Tinie is in a fortunate place in his career, where he can enjoy experimenting with different music and artists.

“Bono has just done a dance collab with Martin Garrix, so he is also up for trying new genres.”