This Is Us Season 6 ties up loose ends ahead of the series finale, including those surrounding Miguel Rivas (Jon Huertas). Although he and Rebecca Pearson (Mandy Moore) got married after Jack’s (Milo Ventimiglia) death, the show leaves several questions about their relationship heading into the final season. Fortunately, This Is Us Season 6 sheds light on Miguel’s backstory and marriage to Rebecca. However, it never actually shows their wedding. Jon Huertas recently explained why.

‘This Is Us’ Season 6 finally delves into Miguel’s backstory

Although Miguel always played a prominent role in This Is Us, season 6 finally gives fans insight into his life before meeting the Pearsons. It also sheds further light on how he and Rebecca came to be married. Plus, it reveals why he isn’t at her death bed.

All in all, This Is Us Season 6 Episode 15 provides a thorough and sympathetic narrative that helps viewers understand Miguel’s character. It’s one Jon Huertas admitted he’d been waiting a long time for.

And as the actor pointed out during a discussion with TODAY, Miguel’s episode won over plenty of fans who didn’t immediately take to him.

“People that once really did not care for Miguel, as far as audience goes, they have definitely come around,” he admitted.

With fans more accepting of Miguel, it stands to reason some of them might have wanted to see his and Rebecca’s wedding. Unfortunately, that never came to fruition. Apparently, it wasn’t for lack of trying.

Why ‘This Is Us’ never showed Rebecca and Miguel’s wedding 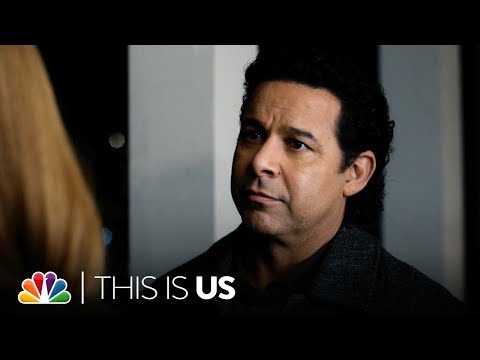 Even if This Is Us fans didn’t get to see Rebecca and Miguel’s wedding, their relationship made an impact. Season 6’s “Miguel” reveals that Jon Huertas’ character took care of Rebecca as long as he could. Upon realizing she’d outlive him, he also ensured she’d receive care into her old age.

Huertas told TODAY that, thanks to their storyline, “caregivers finally felt seen.”

“So many people felt seen in that episode,” he explained. “That’s the biggest kind of, and best, feedback that we’ve been getting to this episode is caretakers, people who are elderly and are taking care of their other or are elderly and experiencing in the early signs of dementia or Alzheimer’s.”

That leaves Miguel’s arc on a heartfelt note, even if we wish we got more time with the character. Of course, fans can go back and revisit his earlier scenes with Rebecca. They may even see them in a new light.

All six seasons of This Is Us are currently streaming on Peacock and Hulu.