Kanye West and Julia Fox continue to spend time together, from coast to coast. This Monday, the couple was photographed having dinner in Los Angeles, following a date in New York during the previous week.

©GrosbyGroupKanye and Julia were spotted having dinner together.

Kanye and Julia were spotted leaving Craig’s, a restaurant in Los Angeles. The two were wearing casual clothes and were hanging out with Antonio Brown, the former NFL player. 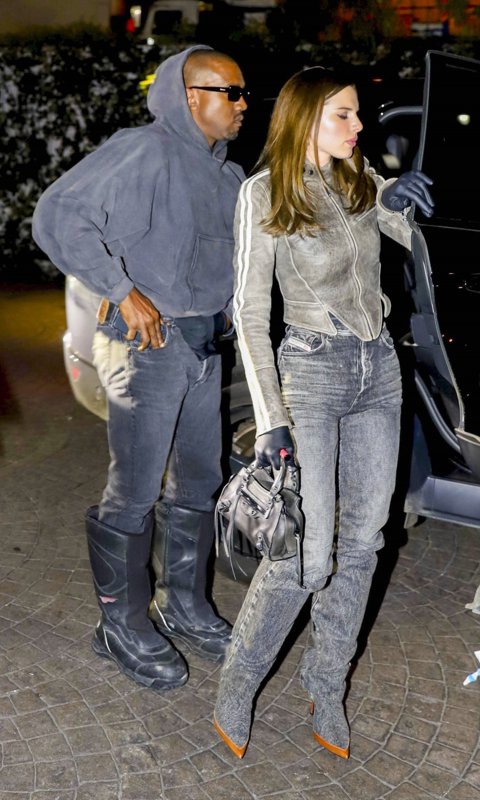 ©GrosbyGroupThe two met over New Year’s Eve, and have been spending more and more time together.

Despite the fact that they’re spending more and more time together and have announced their relationship via intimate photoshoot, it appears Kanye is taking things slow. “He‘s still telling people that he wants to have Kim back and he is willing to make appropriate changes to do so,” said a source to People Magazine. West “has no plans at this time to start a long-term relationship,“ they said.

Over the past couple of days, West has been spending time with his kids. The minute Kanye landed in L.A., his children North, Saint, Psalm, and Chicago were chauffeured to his hotel, where they spent their day playing board games like “Connect 4” and “Guess Who”