KATIE Price has been snapped trying on some HUGE wedding dresses in Thailand as she gears up to marry Carl Woods.

The 44-year-old looked in her element as sampled a string of fancy gowns just days before she sparked concern by quitting social media.

Katie was snapped trying on a series of over the top wedding dresses in ThailandCredit: Backgrid 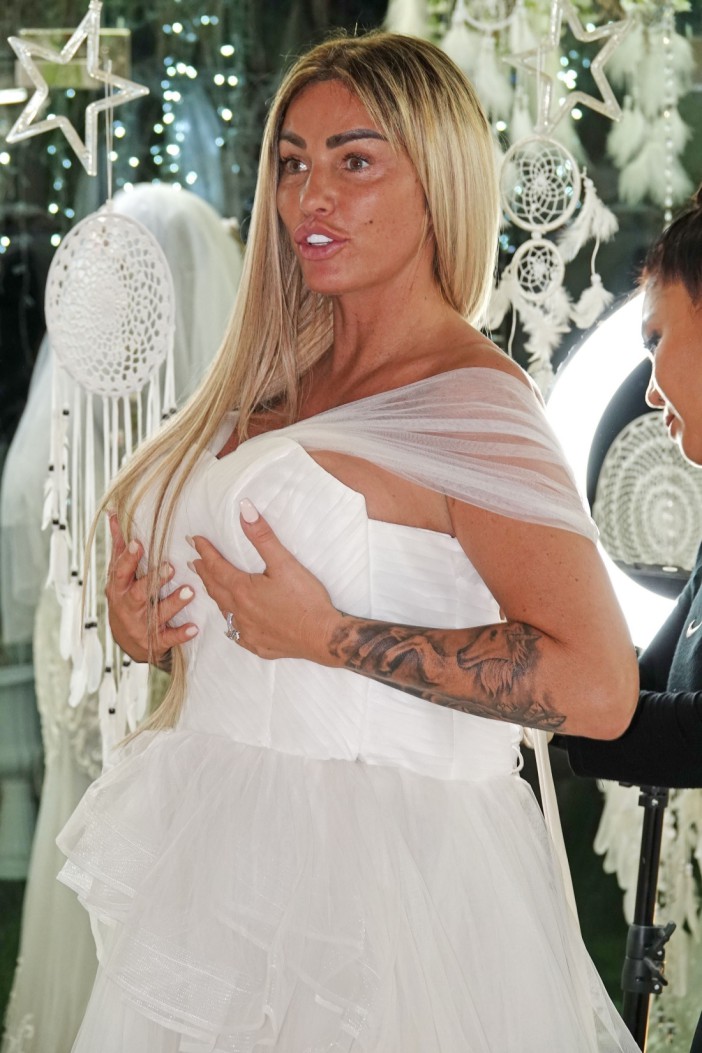 She appeared in her element as she posed in the dressesCredit: Backgrid

Mum-of-five Katie posed in a number of over the top dresses but it’s unclear if any of them made the cut.

She and Carl jetted to Thailand shortly after she dodged jail – and it seems that it’s full steam ahead with the wedding plans now.

We previously told how Katie – who has been married four times and counts Peter Andre, Alex Reid and Kieran Hayler as ex-husbands – wants to make this her biggest wedding yet.

A source said: “She’s telling everyone that Carl will be her fourth and final husband – he’s The One. 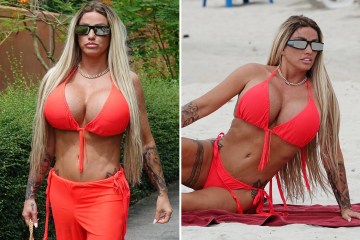 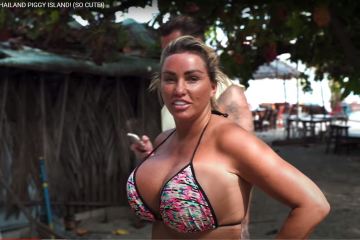 “She’s planning to make it a day to remember – it’ll take place at her home in West Sussex and she wants a fairground – they both love rollercoasters – and a hog roast.

“Carl wants to arrive in a supercar and make a huge entrance. Basically she wants this wedding to be completely different to all her other weddings.”

One thing, however, will be the same – Katie’s choice of celeb bridesmaid including Michelle Heaton.

“Katie has asked Michelle Heaton to be her bridesmaid – she’s one of Katie’s best friends and they have always been there for each other,” the insider added.

In a message posted on Instagram, she said: “I will be coming off all social media for a period of time.

“I need to take time off for personal reasons. 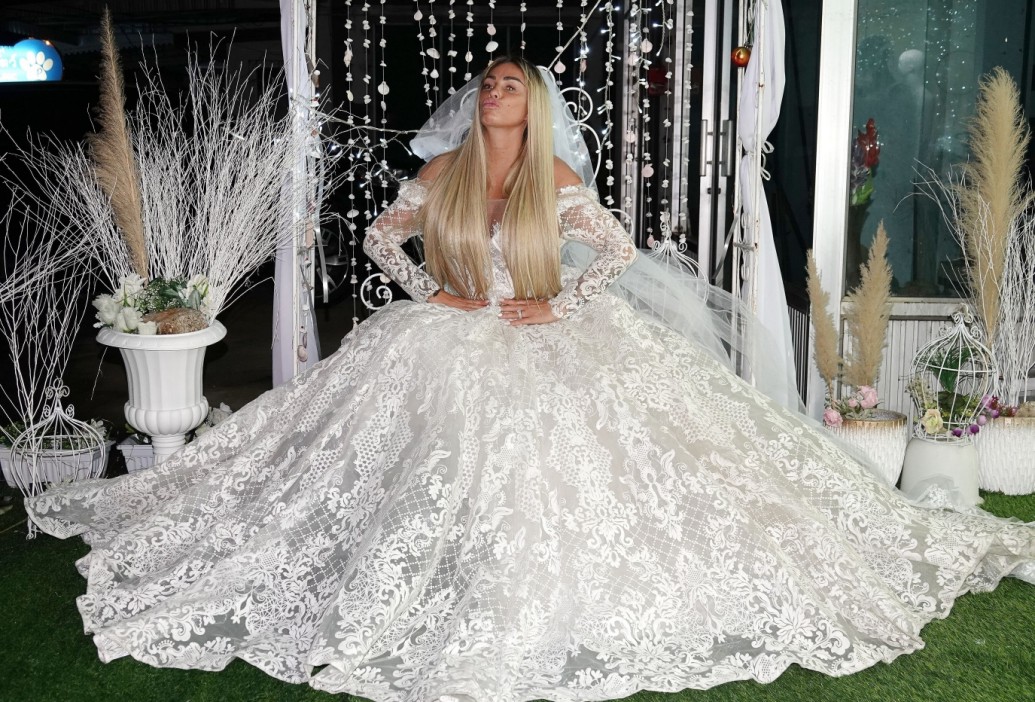 Katie previously told pals she wants her wedding to Carl to be her biggest yetCredit: Backgrid 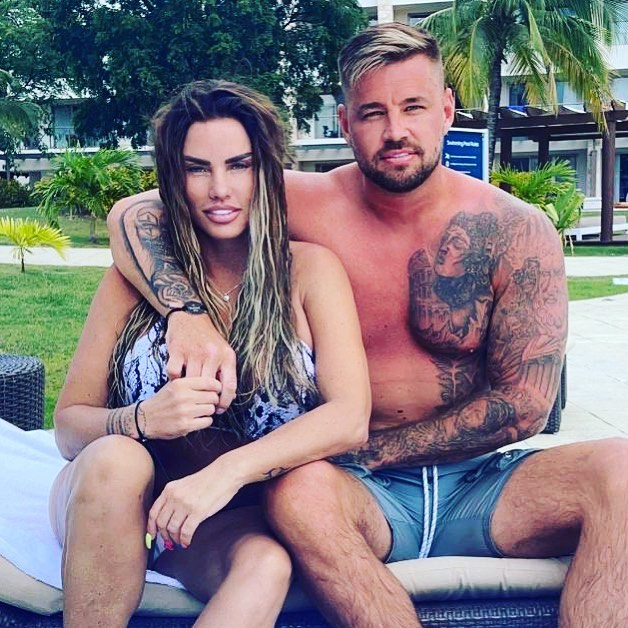 The couple jetted to Thailand shortly after she dodged jailCredit: Instagram