Below Deck Med star Katie Flood posted the “wedding photos” that she and Lloyd Spencer took together. The yachties had a little fun on Monday night’s episode. The crew had to create a scenic picnic for their charter group in Borovnik. While it’s a beautiful area, there was a lot of climbing involved.

The beach wasn’t flat. It sat at the top of a hill among the ruins of an old Croatian set. The interior team is down to two people: chief stew Katie Flood and stew Courtney Veale. They needed extra help from deckhands Mzi Dempers and Lloyd Spencer.

After they were all done with their work, the crew decided to have a little fun. They took advantage of the picturesque area and took it in. Katie Flood and Lloyd Spencer had an even better idea. The Below Deck Med Season 6 stars decided to have their own wedding photoshoot. The two posed like a newly-married couple.

On Monday, September 27, Katie took to Instagram to share one of the photos. She’s seen holding hands with Lloyd. He tells her something funny and she has a good belly laugh. “Giggles with ze goose 💜🕺🏼,” Katie Flood captioned the post.

[Credit: Katie Flood/Instagram]Fans flocked to the post to comment on the “wedding photo.” Some of them are loving Katie and Lloyd’s friendship and want to see more. Unfortunately, they haven’t gotten to see much of it due to the drama that went on. Now that Lexi Wilson has finally been fired, they will get to see some of the friendships that flourished on the show.

Other fans wish Katie and Lloyd would get together. At the start of the season, he admitted that he had a tiny crush on her. As time went on, the two became close friends. Katie was even there for him when he opened up about his sexuality.

Below Deck Med fan-favorite snuggles up to chief stew

Lloyd Spencer previously shared a photo from their “wedding photoshoot” on his respective Instagram. In his photo, the two snuggled together and held a beautiful bouquet of flowers. Lloyd captioned the post: “Thanks for keeping me smiling @katiefloody.” However,  fans couldn’t help but share warm and kind comments about the deckhand himself: 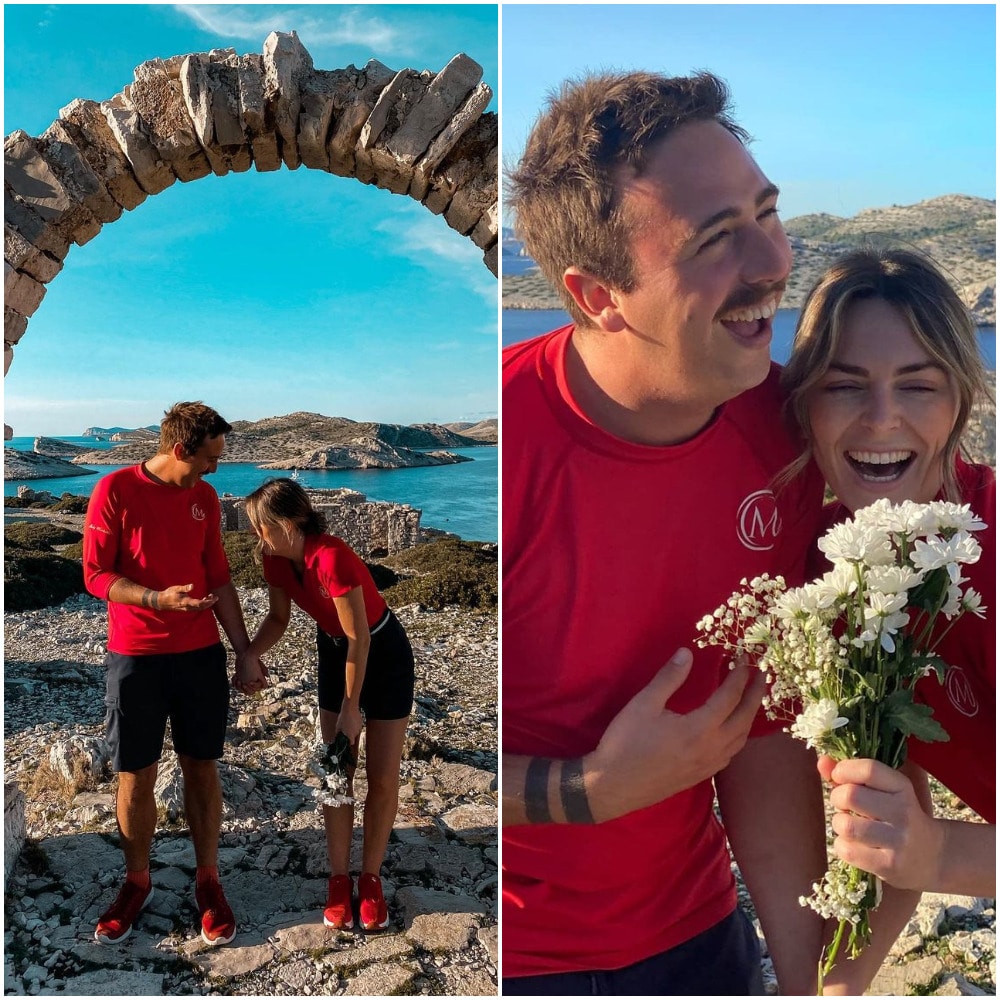 [Credit: Instagram]Some Below Deck Med fans are moved by Lloyd. They have been rooting for him all season long. It’s cute to see how much Katie and Lloyd’s friendship developed on the show.

Below Deck Med airs Mondays at 9 p.m. ET on Bravo.

Chanel Adams is addicted to reality TV. But more importantly as a Catholic, she is finding out the truth of a story. When she’s not watching TV, she can often be seen reading, practicing yoga, or spending time with friends.