After Vicky Kaushal, Katrina Kaif has also resumed work after their grand wedding in Rajasthan earlier this month. On Thursday, the actress was pictured on the sets of one of her projects. In the pictures circulated by several fan pages dedicated to the actress, she can be seen having a conversation reportedly with filmmaker Sriram Raghavan, who has his back towards the camera. Katrina Kaif looks pretty in a knee-length dress, which she paired with a shrug. Last week, Vicky Kaushal returned to work (more on that later). Photos of Katrina Kaif from the set have gone crazy viral on social media.

Check them out here:

Katrina Kaif and Vicky Kaushal had an intimate yet grand wedding at Fort Barwara’s Six Senses Resort in Sawai Madhopur, Rajasthan, on December 9. The couple flew to the Maldives for their honeymoon and returned to Mumbai on December 14. They were pictured at the airport together. 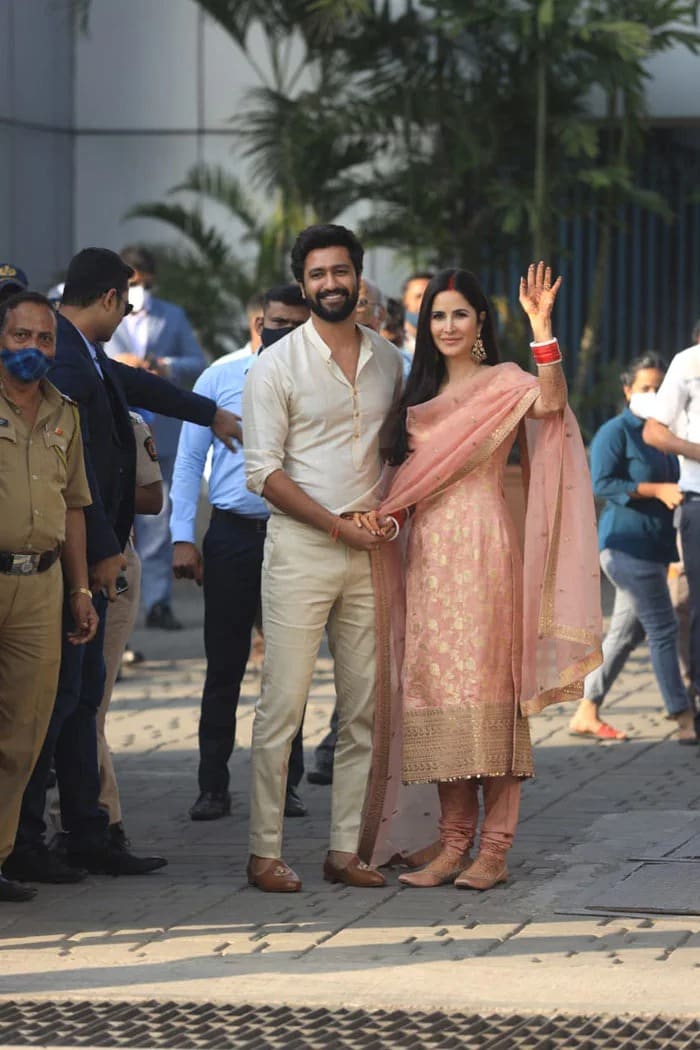 On Saturday, Vicky Kaushal shared a car selfie on his way to work and wrote: “First (tea icon) then (clapboard emoji).” On his post, fans had commented “Where’s Katrina Kaif?” and “Katrina bhabhi kidhar hai?” Here’s the post we are talking about:

In terms of work, Katrina Kaif was last seen alongside Akshay Kumar in Sooryavanshi. The film released in theatres and crossed Rs 100 crore mark in almost a week. The actress has two films lined up – one with Salman Khan titled Tiger 3 and the other is Farhan Akhtar’s Jee Le Zara, co-starring Priyanka Chopra and Alia Bhatt.

What Couples Need to Tell Their Guests