Khloe Kardashian is a material girl with a tiny waist. The Good American founder is a proud expert about ‘revenge bodies,’ hosing a show called Revenge Body With Khloe Kardashian which, premiered in 2017. And, it looks like she has been hard at work in the gym getting out any Tristan Thompson paternity scandal blues. She shared a gallery of photos on Sunday, wearing a blue body con dress and, Khloe looked toned and carefree in the pics. The 37-year-old captioned the pic “material girl” and, thousands praised her look in the comments.

Khloe’s weight loss show somehow ran for three seasons and has a rating of 3.6 out of 10 on IMDb. The premise was to help people get revenge on people who discouraged them during their weight gain with the help of an “elite team.”

Unfortunately, Khloe has caught a lot of hate when it comes to her body and, she has been on a fitness journey for the last few years. In 2015 she revealed that she lost 35 pounds from an intense workout regime, “I know how I want to feel in clothes, and it does become addicting,” she told PEOPLE at the time. 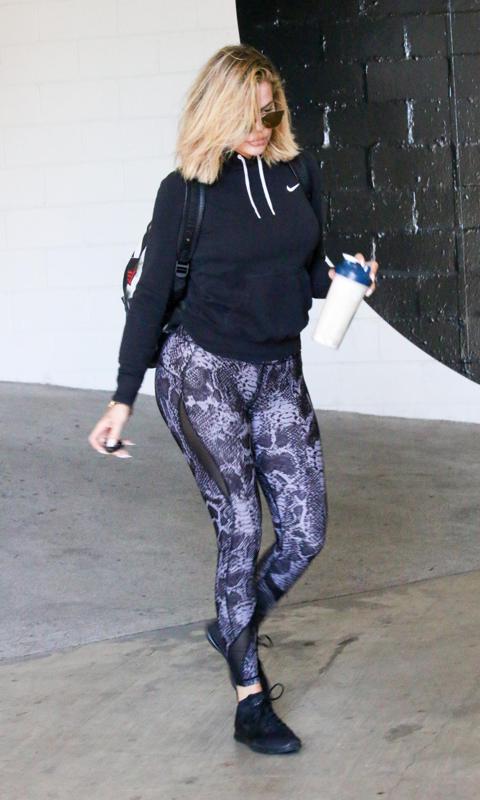 In 2020 Kardashian brought the revenge body subject up on her website and app with insight about how “powerful it could be,” per PEOPLE. “I guess since I started transforming my body and myself after such a low point in my life, people see me as some sort of expert on the subject [of bouncing back after a breakup],” she wrote on the site

Khloe went on to share it‘s the same advice she gave her little brother Robert Kardashian. The 34-year-old had a rollercoaster of a relationship with the mother of his child, Blac Chyna. “I told Rob [Kardashian] a while back: the best form of revenge is a good body. It’s a little silly but true,“ she said.

It‘s no secret Khloe is in the middle of another split with Tristan. As we reported, it was revealed last week that the on and off-again couple was planning on moving into Khloe’s mega-mansion before Maralee Nichols‘ pregnancy came to light.