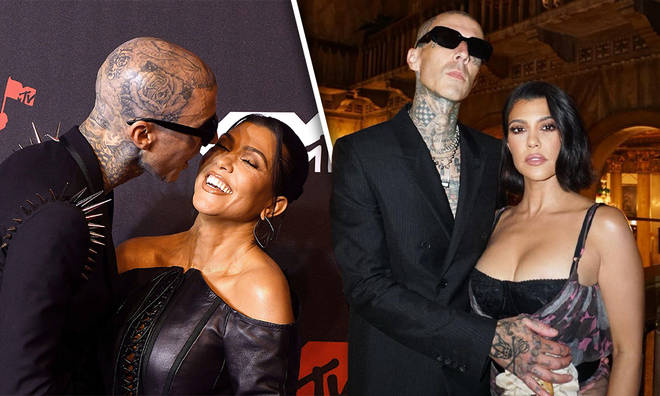 Kourtney Kardashian and Travis Barker saw a fan-made video about what we’ve all been expecting from their wedding.

Kourtney Kardashian and Travis Barker couldn’t help but react to a hilarious prediction made by a fan about the engaged couple’s forthcoming wedding.

A spoof video that parodied the Keeping Up With The Kardashians format was posted to Instagram by online personality Benito Skinner – and the celeb couple caught wind of the sketch!

Kourtney, 42, and Travis, 46, couldn’t help but their two cents in and laugh off the video!

Benito Skinner – also known as Benny Drama – envisioned that their future wedding would be at none other than Disneyland, after their infamous family trip at the end of last year. 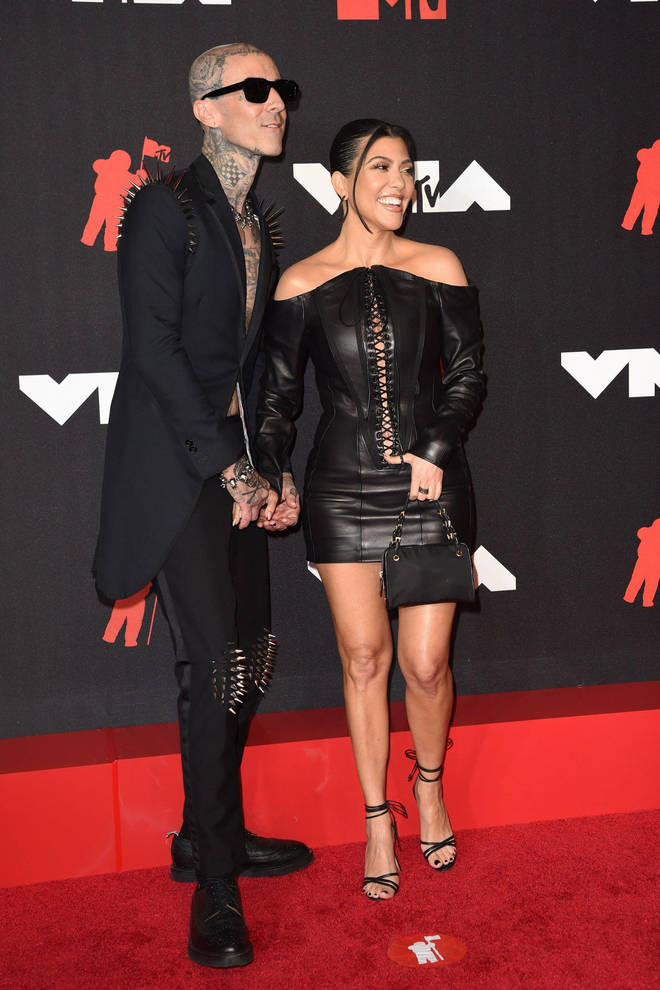 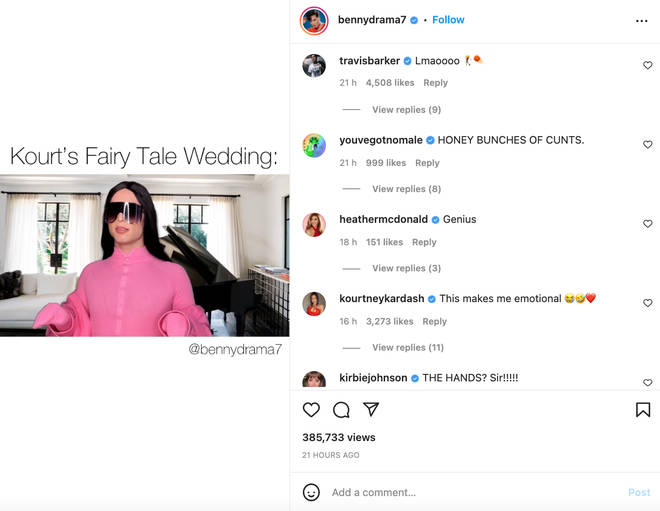 The hilarious video cycles through many aspects of what the big day could be like, Benny predicts everything from the venue to the theme to the drama that may ensue on such an occasion…

He even theorises that the Kardashian’s wedding dress could be red and white in a punk style to coincide with the rock star lifestyle of her fiancé.

The Instagram star even dished out his best impersonations of Kris Jenner, Addison Rae, Kim K and Kourt herself!

The happy couple replied to the funny skit, seeming to take the video in good fun (as well as get excited themselves). 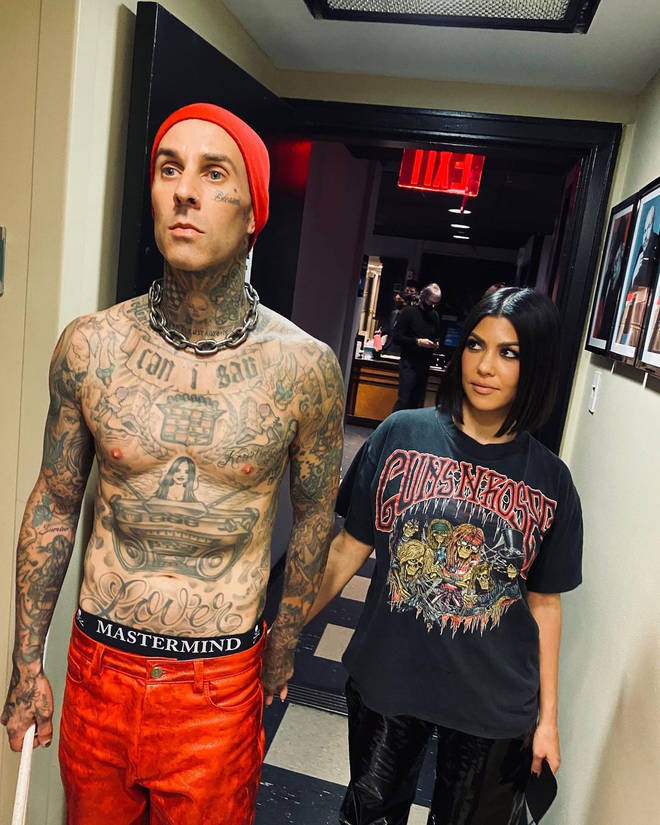 Travis proposed to Kourtney in October 2021.

Whereas the mum-of-three affectionately wrote “This makes me emotional,” capping off her reply with a trail of heart and laughing emojis – were Benny’s predictions correct?

Kourtney and Travis became engaged in October after nearly a year of their romance being in the limelight.

The high-profile couple went public with their romance in early 2021 after months of speculation that the long-term friends could be dating.

They are yet to announce any details about when they will officially tie the knot.

> Here Are All The Ways You Can Listen To Capital