A team of scuba divers have reunited a woman with her lost antique wedding ring after it flew off her finger and into a river.

Emma Lyon was watching a regatta from the banks of River Great Ouse in Bedford last Saturday when the 100-year-old gold ring launched into the water while she was cheering and clapping for a local crew, the Bedford Independent reported.

The antique belonged to her grandmother and Emma was devastated when it disappeared.

She contacted Bedford Scuba Divers the following day after a friend suggested they could help and couldn’t believe how quickly they responded to her plea. 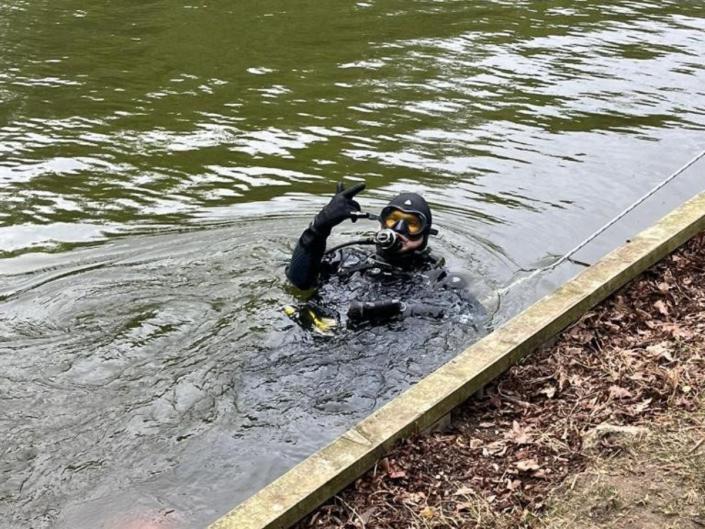 A scuba diver is seen in the River Great Ouse. (SWNS) 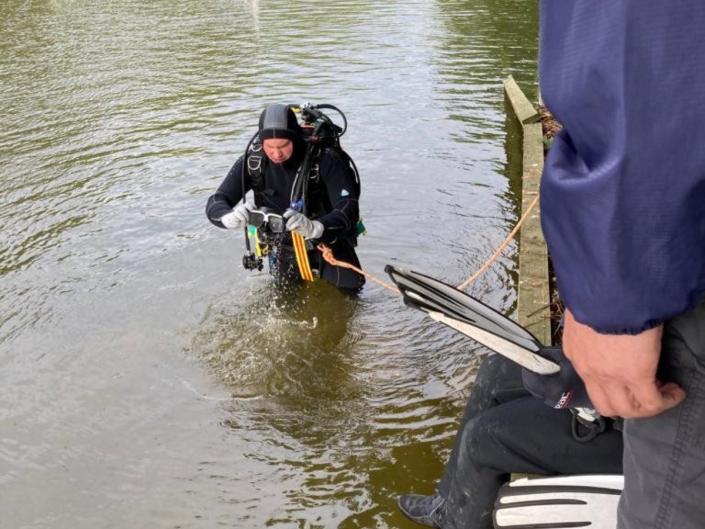 The team of divers were quickly assembled after they found out the ring was missing. (SWNS)

By Monday evening, a team of divers had found the ring and handed it back to Emma.

He said his colleague Matt ‘lord of the ring’ Peters found it with his torch.

Emma, who took the crew out for a thank you drink at a local pub afterwards, said: “The divers were absolutely amazing!

“She worked at a corn merchant on Caldwell Street and would sometimes get up early and take the family’s punt out on the river before work.

“I did think that if we couldn’t find the ring, it had ended up in a fitting resting place.

“I am just so, so grateful to everyone from the scuba club who gave up their evening to help out and cannot believe that Matt was able to find it. It was a total miracle.”

Emma thanks Matt after he finds the wedding ring. (SWNS)

Martin added: “We had to inform all the relevant authorities before we could get in the river, so were quickly in contact with the Environment Agency, police and fire teams as well as Bedford Borough Council.

“By 2pm a plan had come together and we arranged to meet Emma at the spot the ring was lost at 5.30pm yesterday (Monday).”

It comes after a teenage magnet fisher pulled a safe containing more than £1,000 from a river and then gave it back to its owner, who had it stolen 22 years ago.

George Tindale, 15, had been scouring the River Witham in Grantham, Lincolnshire, with his dad Kevin, 52, when he made the incredible discovery.

The father and son recovered the old safe and were left stunned when among the mud and slime was a pouch containing 2,500 Australian dollars (£1,400).