Made In Chelsea star Lucy Watson has given fans a look at her breathtaking wedding dress after tying the knot with her co-star James Dunmore.

The happy couple said “I do” in Greece this week.

And while Lucy hasn’t shared a lot of details about their big day, she has now posted two snaps showing her in her stunning gown, telling fans she “went big” and has no regrets.

The dress was off-the-shoulder and fitted at the waist, before falling to the ground in a sea luxurious-looking ruffles.

Lucy, 32, had her dark hair swept away and a long veil added to complete the elegant look.

The first picture is black and white and shows the newlyweds kissing by the water, while the second is in colour and shows James gazing at his bride with a look of wonder while she stares at the camera.

Lucy was inundated with gushing comments after revealing her dress, and later said on her Instagram Story that she felt “overwhelmed by all the love” from fans.

She said that she had no regrets choosing such a large frock for her nuptials.

“I went big with the dress and I have no regrets,” She said. 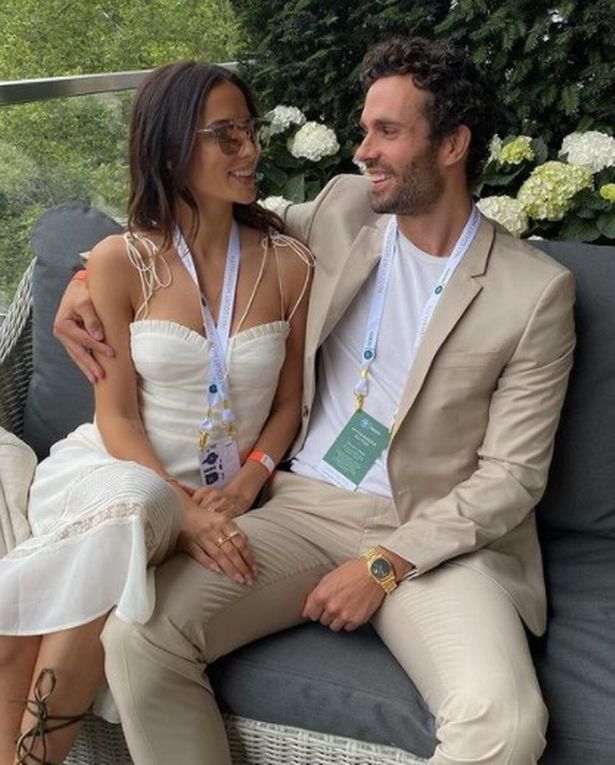 Lucy and James fell for each other after meeting on Made In Chelsea.

Fans suspected the reality television couple before they announced their marriage. Lucy had dropped several hints on social networks.

On one occasion she shared a picture of James during a hike in Greece and captioned it: “With husby.” 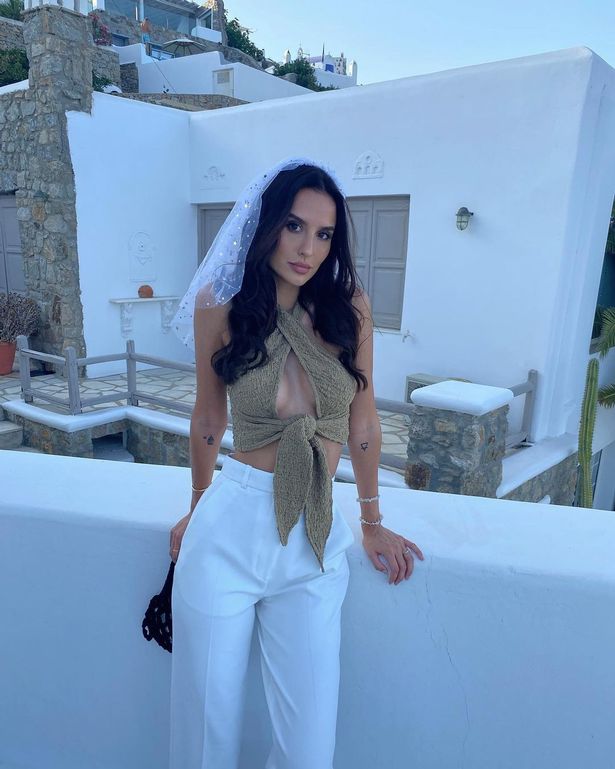 Lucy said she was overwhelmed with the loving response to her big news
(Image: lucywatson/Instagram)

And she also shared a snap of them eating out together which appeared to show James sporting a gold wedding band.

Another Instagram picture showed Lucy with a long, sparkly veil. This got her fans talking.

She followed it up with a picture of her in a green dress and wearing a necklace that clearly said the word “Mrs”.

For more of the latest showbiz news from Daily Star, make sure you sign up to one of our newsletters here.