It was a case of third-time-lucky for Marie Farrell and Raymond Fullam when they finally got to enjoy their walk down the aisle as newlyweds.

As has been the case for so many brides and grooms, the pandemic meant they had to be flexible when it came to wedding planning.

Raymond popped the question during a stroll on Dun Laoghaire pier in July 2018, after they had enjoyed dinner in the Italian restaurant That’s Amore in nearby Monkstown. 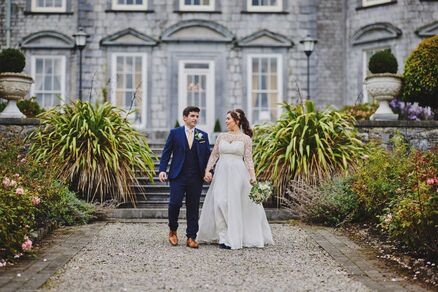 “Our wedding was initially supposed to be held in March 2020 but was postponed due to Covid 19 and this was our third wedding date,” said Raymond.

Marie, who works with Kerry Group as a marketing manager, and Raymond, an accountant, live in Naas. “When our first wedding date was cancelled, we bought a house a few months after and postponed the wedding to October 2021,” said the groom.

They exchanged vows on October 8, in the Church of the Most Holy Rosary, Abbeyleix, County Laois. “The Mass was celebrated by Fr William Fennelly of Glenstal Abbey (where I went to school) along with Canon Patrick Duggan of Bennettsbridge, Co Kilkenny.” 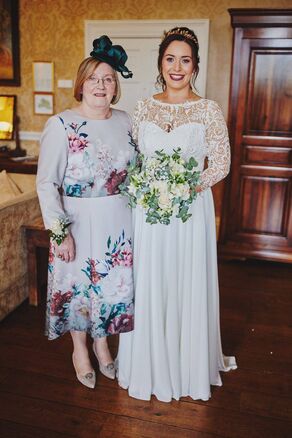 Toasting to their future happiness at the reception, in Castle Durrow, County Laois, were both sets of parents, Caroline and Ray Fullam of Naas, County Kildare, and Marian and Michael Farrell of Donoughmore, County Cork. 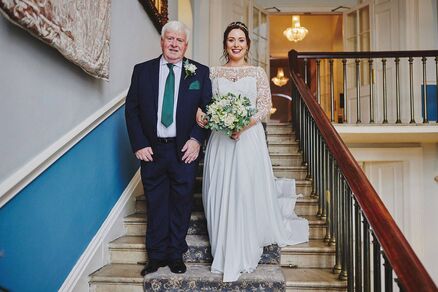 Marie with her dad Michael Farrell

Marie chose her childhood friends, Irene Greene and Rosemary O’Mahony also from Donoughmore, County Cork, to be her bridesmaids.

Raymond’s brother, Garrett Fullam, was the best man; and his school friend, Thomas Joyce, was the groomsman. 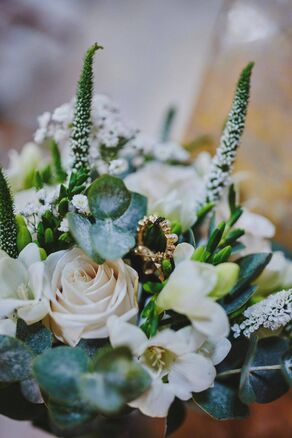 Marie looked super-elegant in a wedding dress she sourced in The Attic Bridalwear Boutique in Limerick City and her bouquet was extra special as it featured a brooch that belonged to her late grandmother, Peggy Lehane. 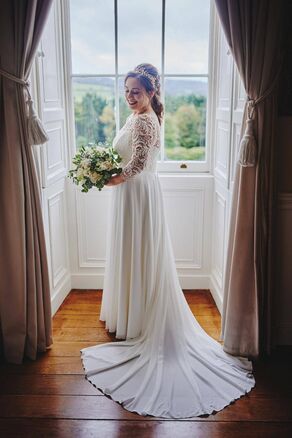 Marie Farrell sourced her dress in The Attic, Limerick

The chic floral arrangements were by Lawlor’s Flowers in Durrow and the newlyweds were chauffeured for the occasion in a 1964 Bentley S3.

The groom and his party cut a dapper dash in suits purchased from Tector Menswear.

The newlyweds honeymooned in Dubrovnik, Croatia. 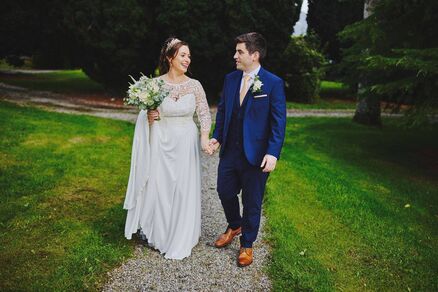 Marie Farrell and Raymond Fullam were married on October 8