A man who decided to commemorate his first wedding anniversary with a touching tattoo was left red-faced after the inking was revealed to be of the wrong date.

His wife, Ashley Carlevato, took to TikTok to reveal the embarrassing fail, writing in the video: “For our first wedding anniversary we decided to get tattoos.”

While she got an “A” on her ring finger as a tribute to her husband, he was seen having “XICMXIX” inked on his arm.

“I knew I should have googled it for him!” she captioned the clip.

Viewers quickly commented on the video, with many admitting that the fear of getting a memorable date inked incorrectly had put them off of having the tattoo.

“I want to tattoo ours in Roman numerals but I’m TERRIFIED of this happening,” one person wrote.

“I got my daughters birthdate in Roman numerals and I checked a Million times before to make sure it was correct,” another commented.

Ashley Carlevato’s husband planned to have his wedding date tattooed on his arm on their first anniversary.@murphyandmay / TikTok 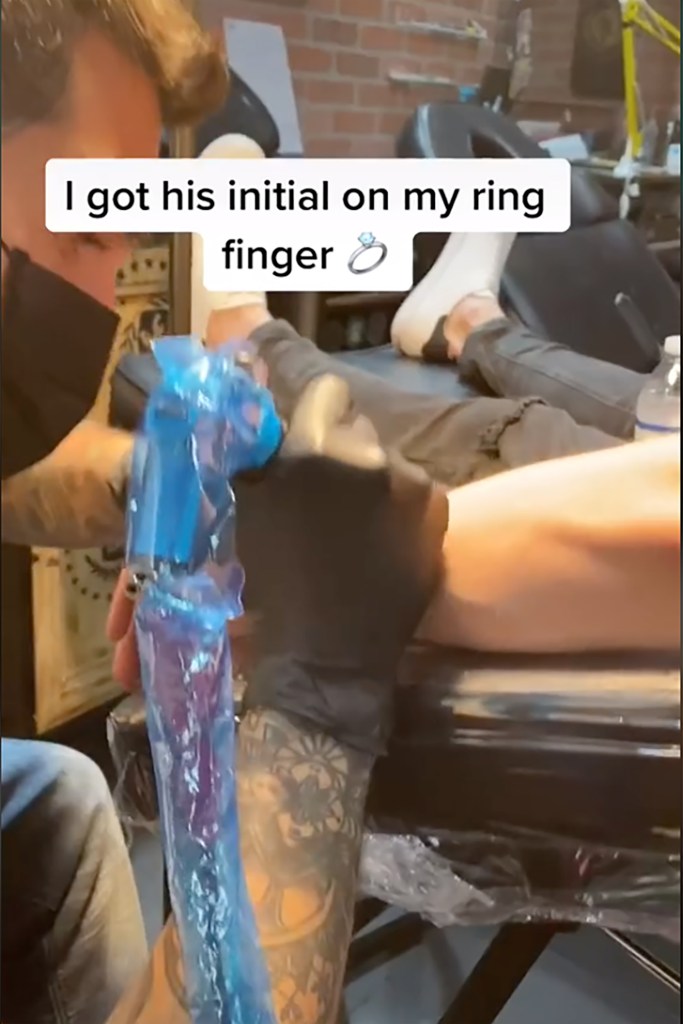 Ashley Carlevato says she “got his initial” tattooed on her ring finger. @murphyandmay / TikTok

Others pointed out that as it was, in that order, “XICMXIX isn’t even a number”. 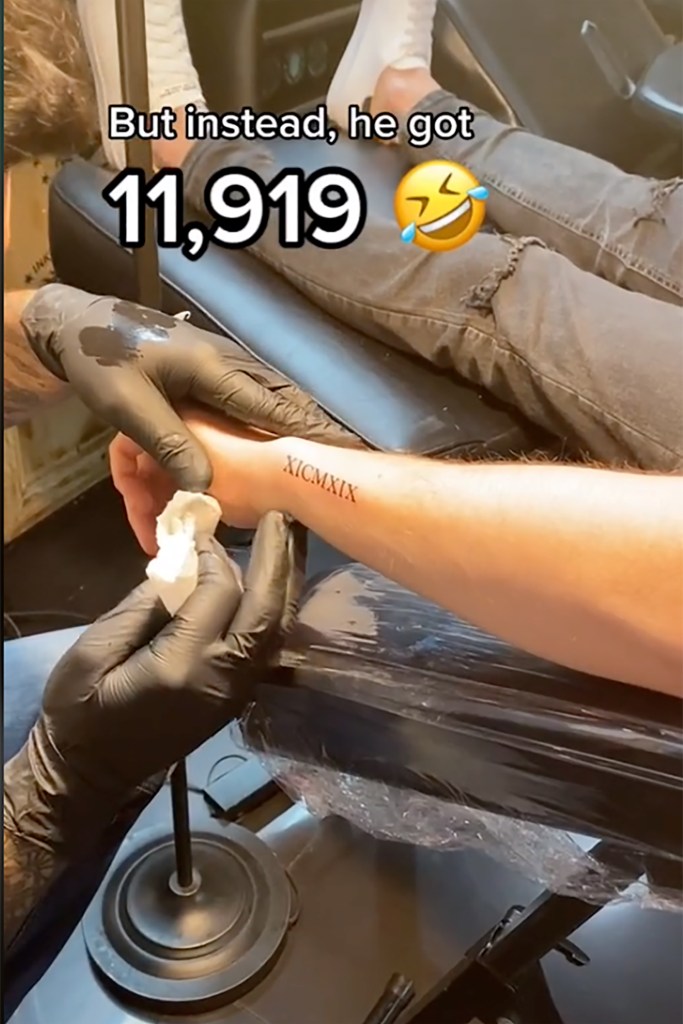 Carlevato’s husband apparently botched his tattoo, getting inked with the number 11,919 instead of their wedding date.@murphyandmay / TikTok

Another person was against having a tattoo tribute to your other half altogether, commenting: “Don’t ever get matching tattoos with your S/O (significant other).

“It jinxs the relationship. I know too many who have matching and are either no longer together or they argue and fight all the time.”

Speaking of tattoos, this woman experienced a huge fail when her tattoo artist inked a semi colon on her neck backwards. 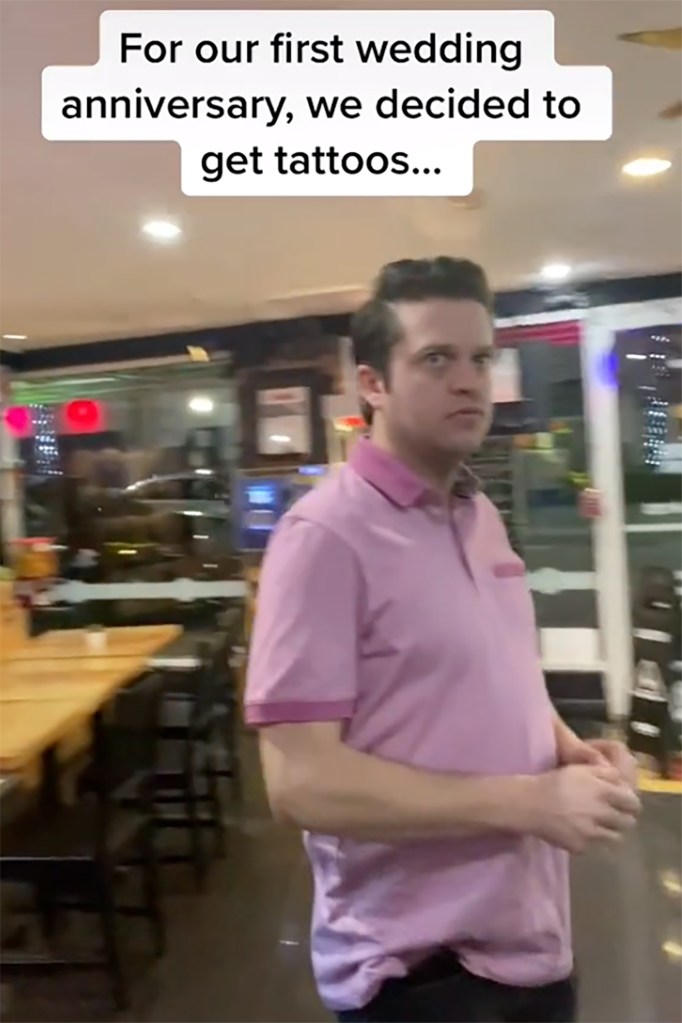 Carlevato and her husband were married on Jan. 1, 2019.@murphyandmay / TikTok 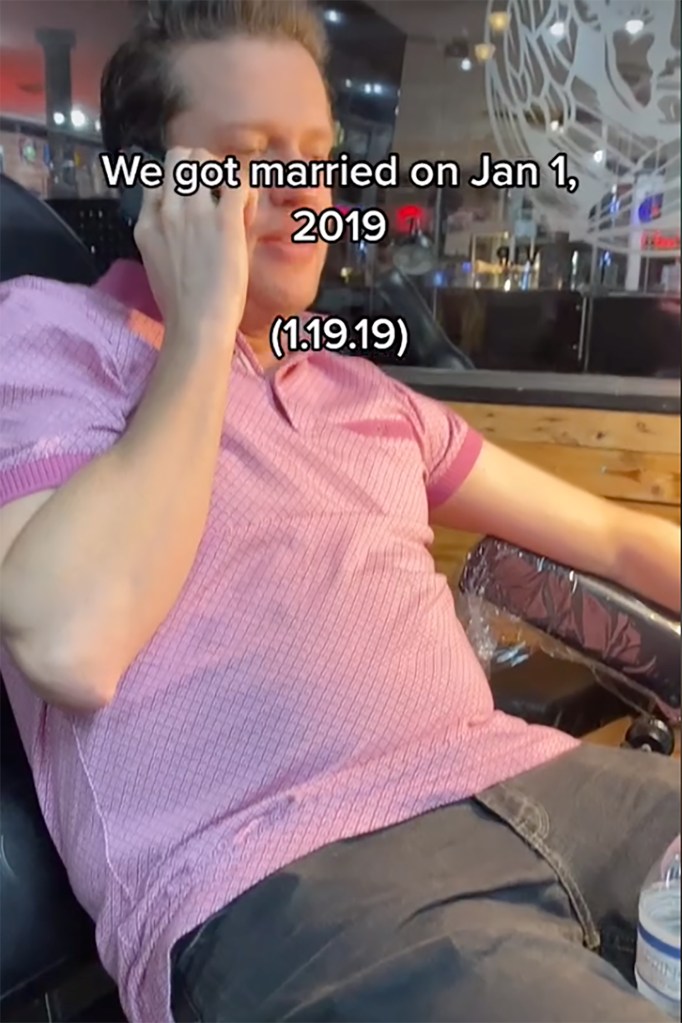 The husband intended to have a roman numeral of the right date tattooed on his arm.@murphyandmay / TikTok

Another lady showed off a tattoo of rocks on her leg — but everyone was left saying the same thing.

And this lady is planning to unveil the new her at Christmas after undergoing a dramatic makeover.