Jennifer Gates, 25, — who will tie the knot with fellow equestrian Nayel Nassar, 30, on her bucolic horse farm in Westchester County Saturday — wore a lacy, all-white dress with a matching purse and long red locks as she rolled up to the hotel.

Melinda Gates, the 57-year-old billionaire ex-wife of Microsoft co-founder Bill Gates, rocked a pink dress and wrap with heels as the Gates gals arrived with a large security detail.

Nassar was spotted sporting a more casual look with jeans and sneakers as he arrived at the posh hotel in an SUV on Wednesday. 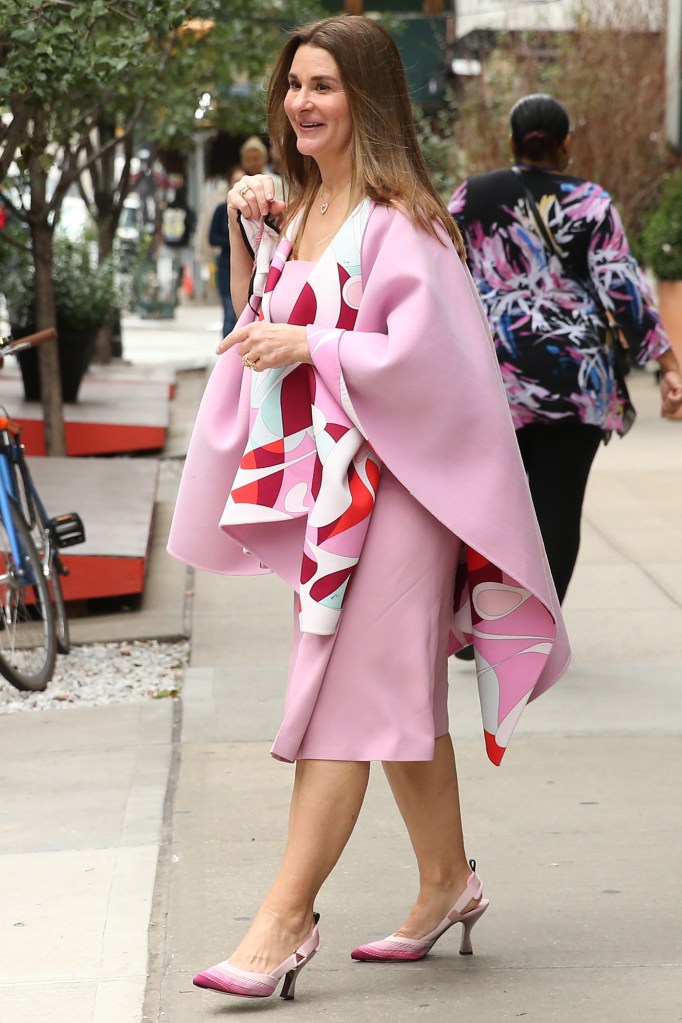 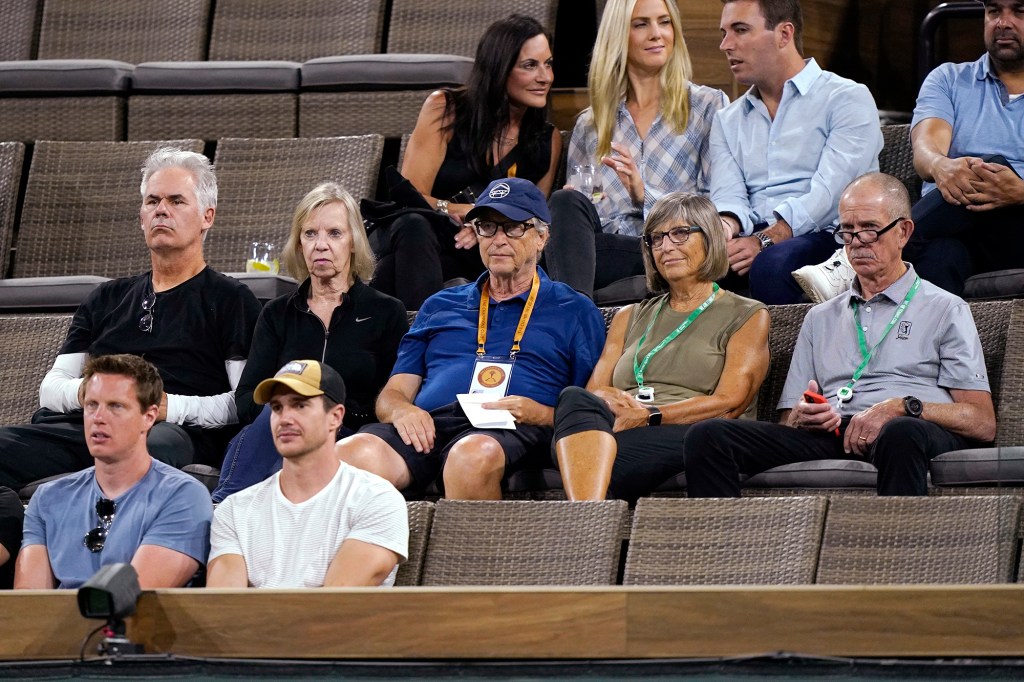 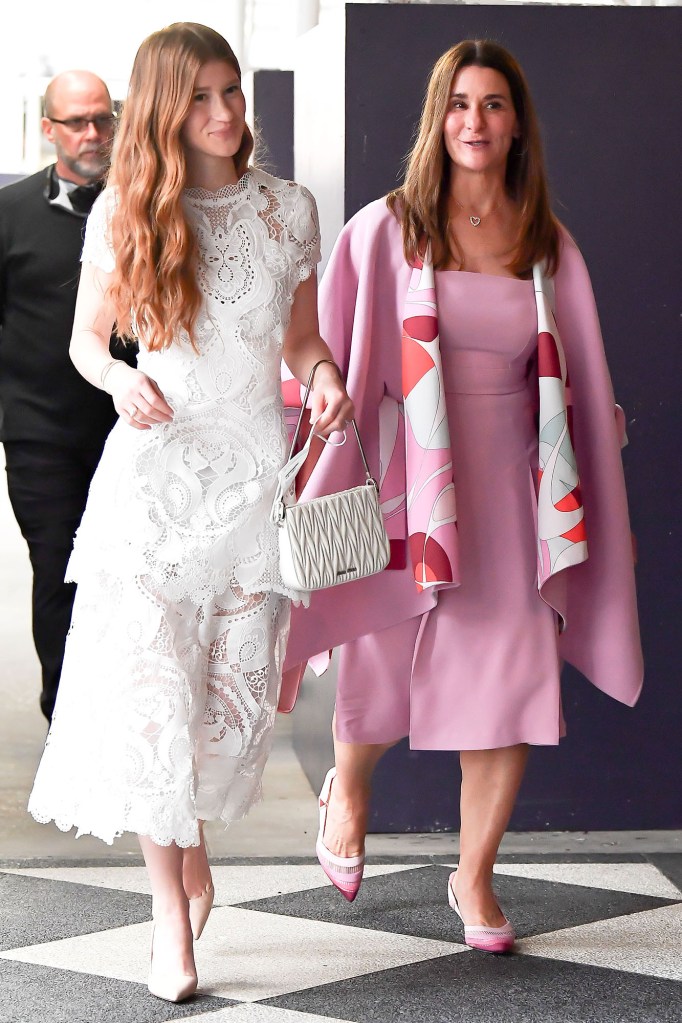 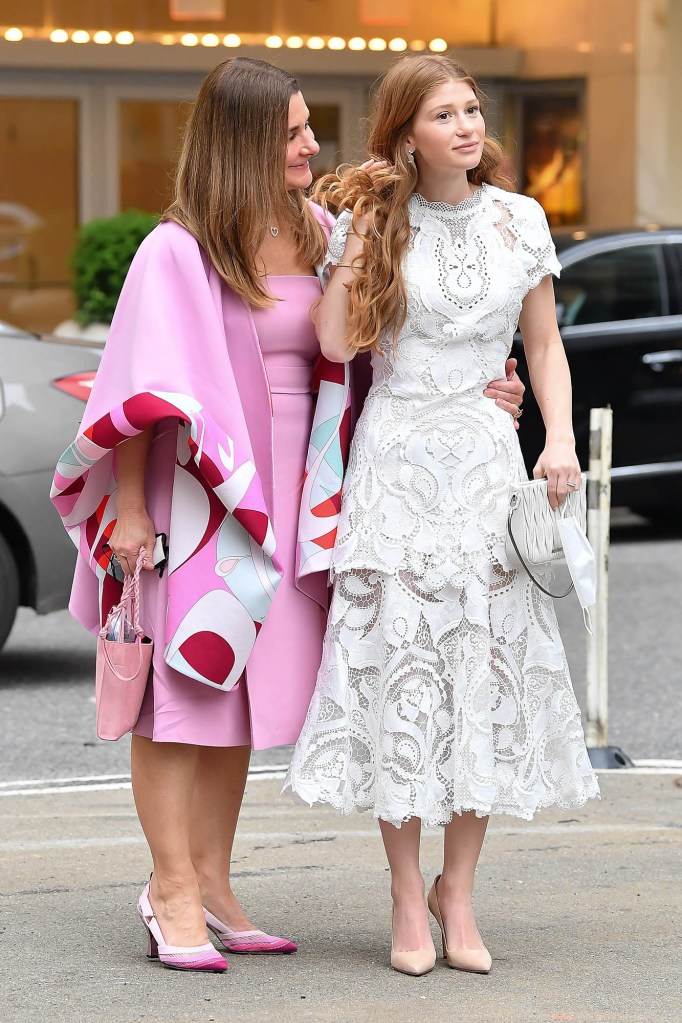 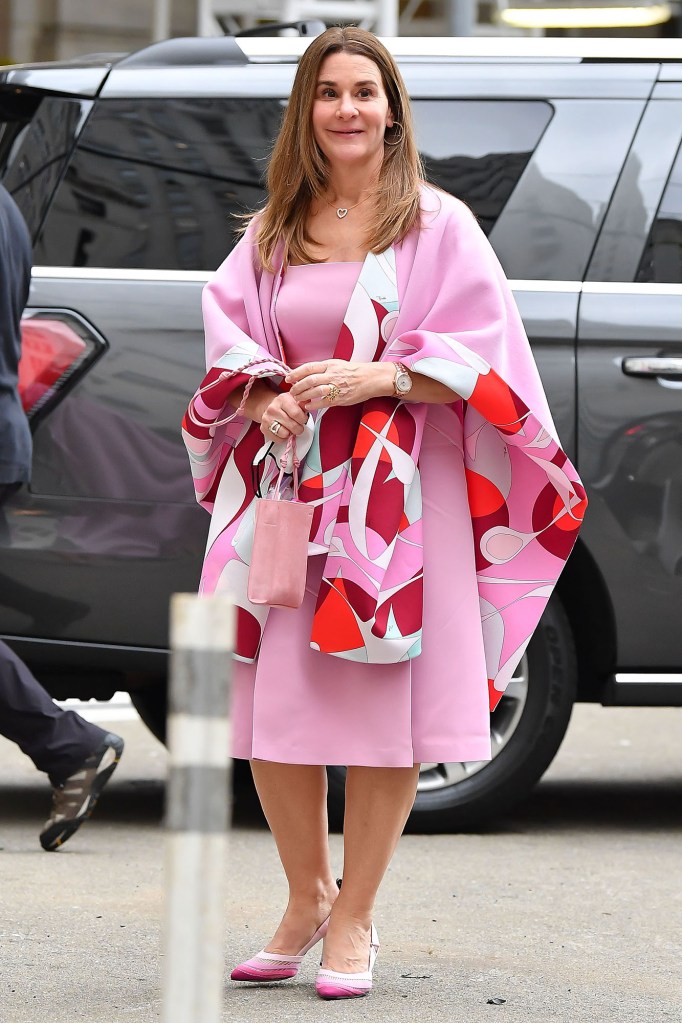 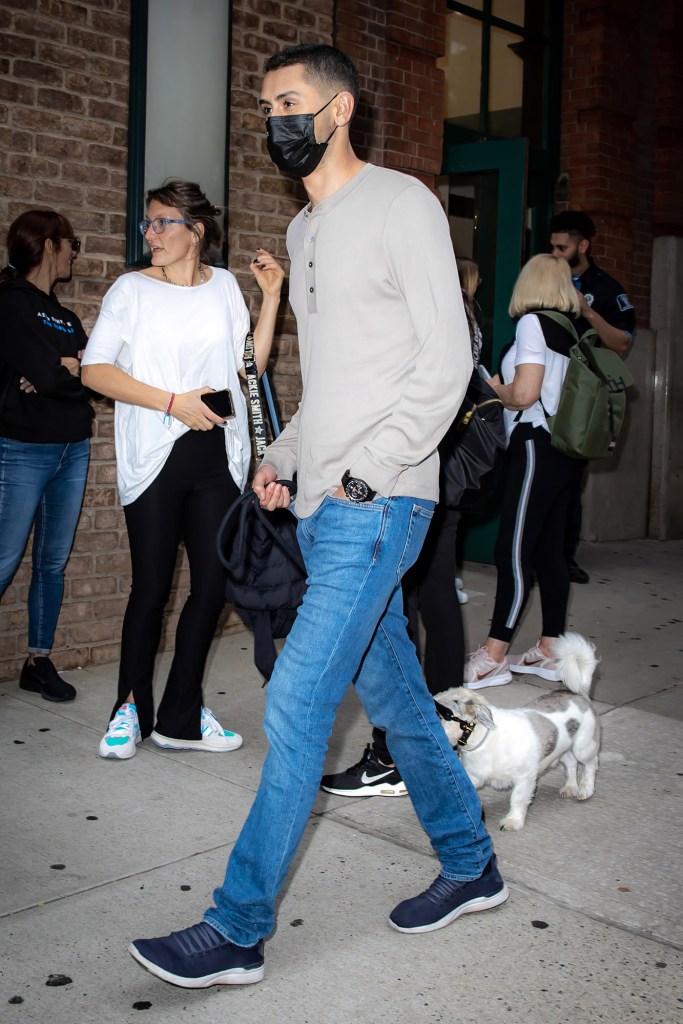 Nayel Nassar is seen walking with his dog.
@TheHapaBlonde / SplashNews.com

Images of the Microsoft founder taken Sunday show him sitting next to a gray-haired woman believed to be his longtime paramour Ann Winblad — the woman he dated before settling down with Melinda and who he took getaways with each year. His sister Kristi Gates was also in attendance at the tennis tournament.

Staff for the Gates family have been working to build massive, raised pavilions with floor-to-ceiling glass windows for the wedding on Jennifer Gate’s 124-acre, $16 million North Salem farm. 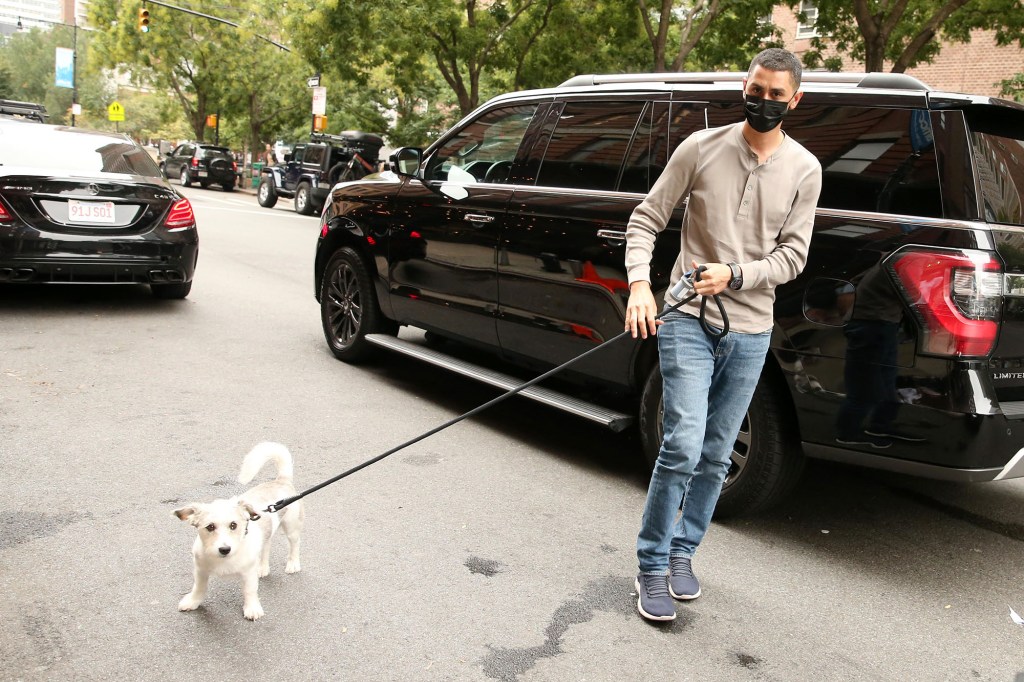 Groom Nayel Nassar was spotted walking with his dog.Splash 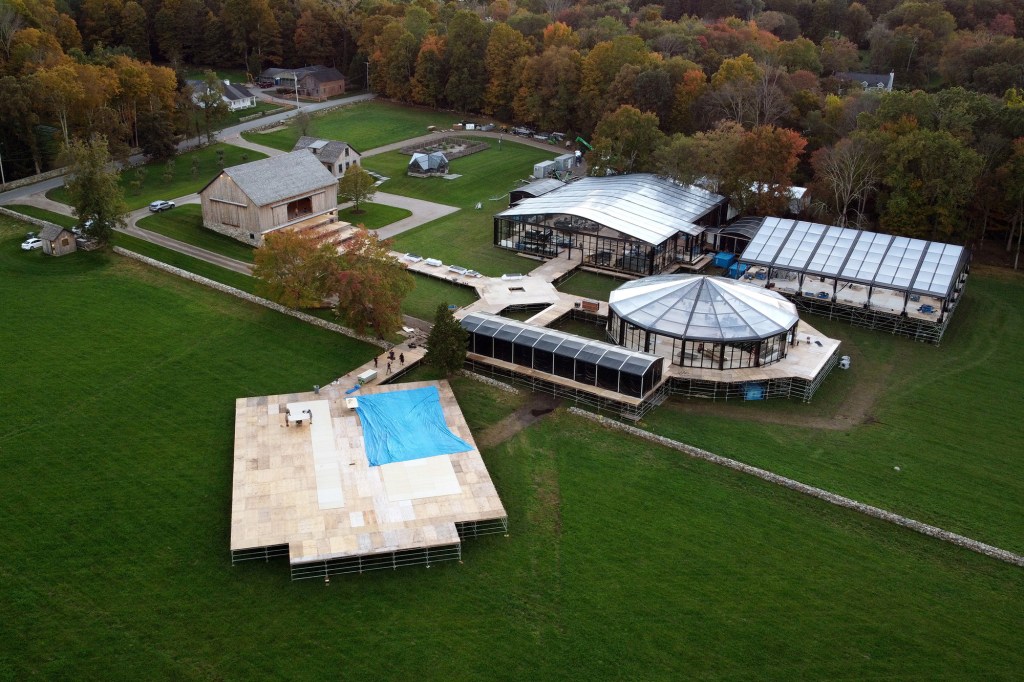 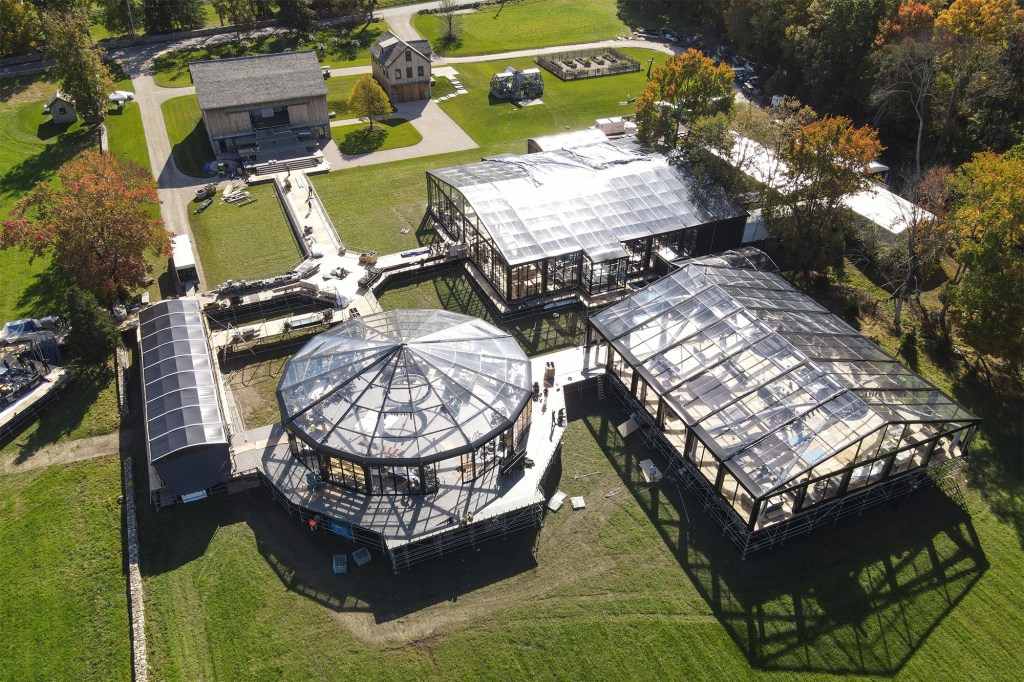 Preparations for the wedding of Jennifer Gates and Nayel Nassar include massive, raised pavilions with floor-to-ceiling glass windows. Paul Martinka 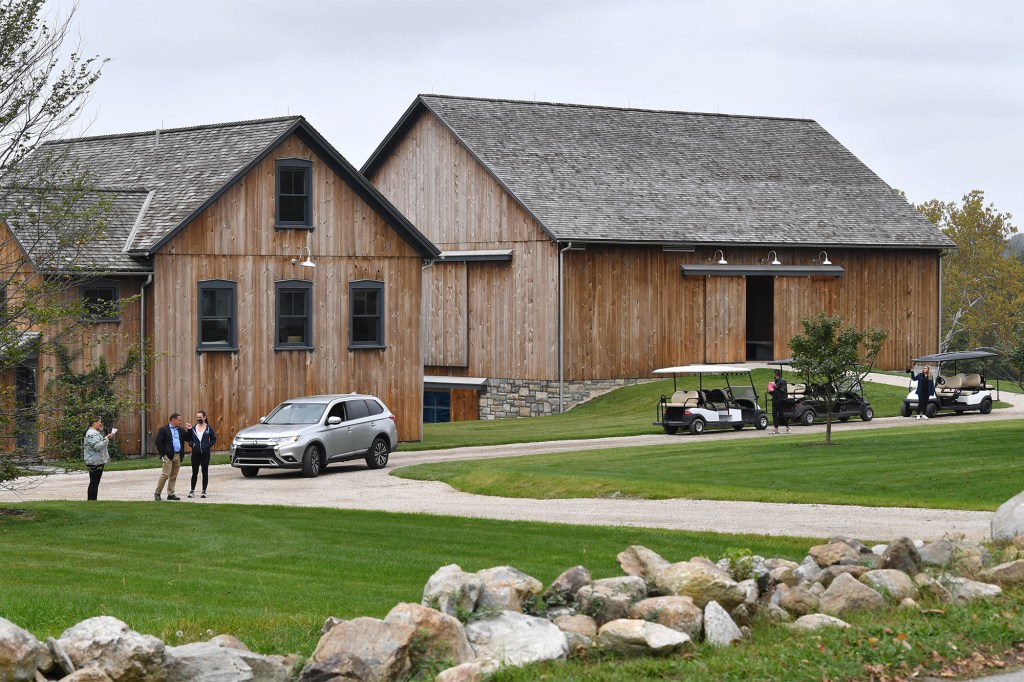 Nayel Nassar and Jennifer Gates’s rich wedding is expected to provide privacy for the A-list guest list and guests of honor.
Paul Martinka

She was gifted the property by her wealthy parents shortly after graduating from Stanford University.