Muireann O’Connell was left red-faced after she joked that a fashion designer on Ireland AM can ‘make her wedding dress.’

Muireann is currently engaged to Philip Manzor, revealing her engagement to her then-‘housemate’ back in November to her Ireland AM co-hosts Tommy Bowe and Alan Hughes.

After the interview between the pair and they went back to the studio, Muireann casually said ‘ask Natalie if she’ll do my wedding dress there,’ — which shocked her co-host Alan Hughes who proceeded to stare as it looked like she spilled the beans on her upcoming nuptuals.

Muireann O’Connell was left red-faced after she joked that a fashion designer on Ireland AM can ‘make her wedding dress.’ Pic: Virgin Media Television

Alan continued to rib Muireann, saying ‘Muireann O’Connell wants a wedding dress, you heard it here first!’ and asking when the wedding will be.

Muireann announced her engagement while on the Ireland AM set in November, posting a photo of herself, Tommy and Alan on the set. Muireann held her hand up to reveal a sparkling engagement ring, joking that Tommy and Alan spotting the ring and proceeding to announce the engagement was ‘exactly’ how she wanted the news to get out. 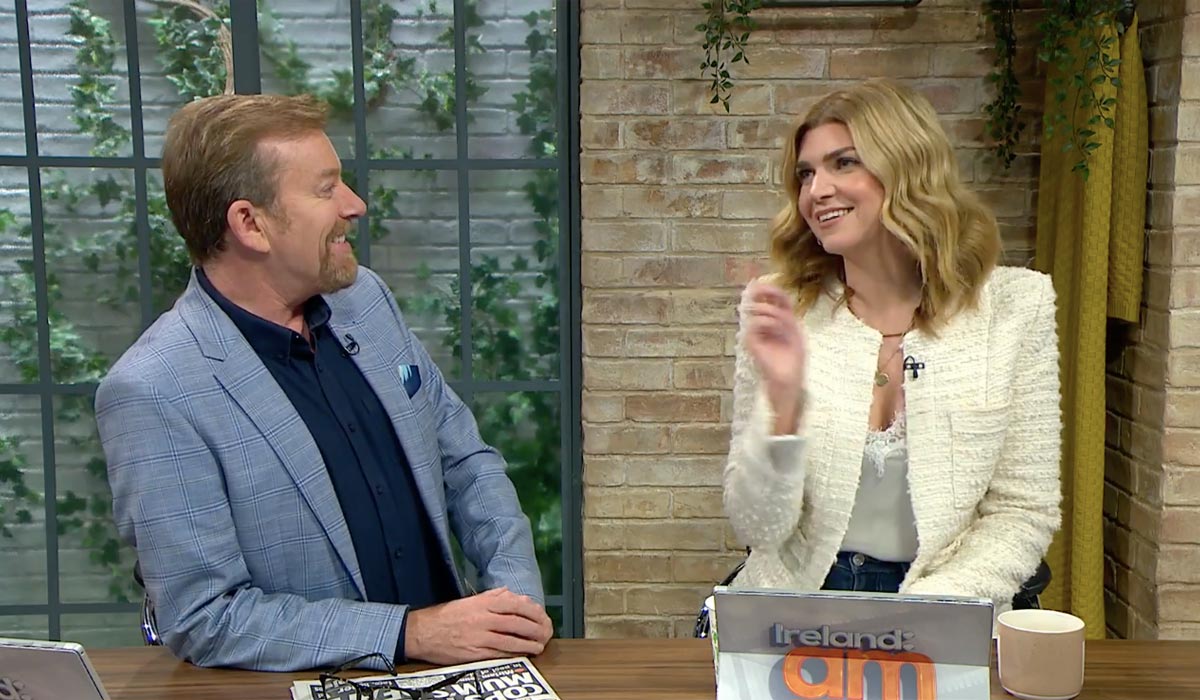 Muireann, who is engaged, insisted that she was joking, and she’s not getting married any time soon. Pic: Virgin Media Television

‘Just how I wanted it to happen; @tommybowe & @alanhughestv announcing my engagement to the world after they finally spotted the ring,’ Muireann wrote on Instagram.

Elsewhere, Muireann left her Instagram followers in stitches over asking ‘what things makes you want to kill your partner’ on her Instagram story last weekend.