A BRIDE and groom found themselves in an unfortunate situation on their wedding day.

The groom became sick with food poisoning and spent his big day in the hospital – but that didn’t stop him from being there in another way.

A bride had to spend her wedding night without her groom after he got sick with food poisoningCredit: TikTok / @thevictorianyoungsville 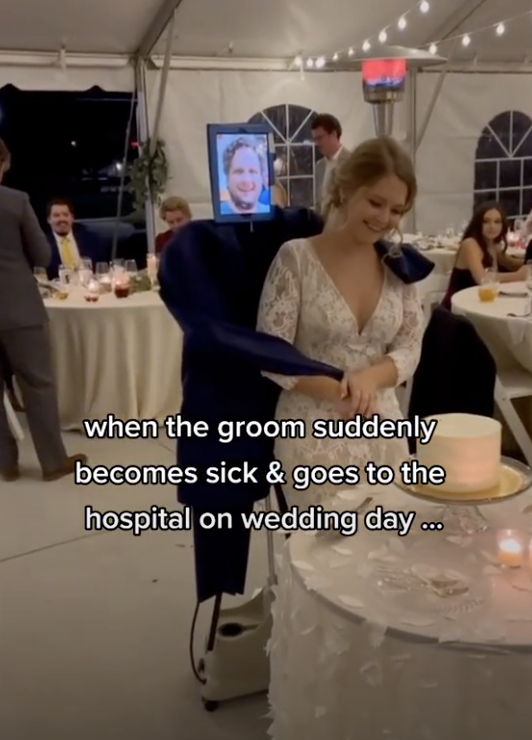 Rather than cancel the wedding, they came up with an idea to get the groom as involved as possibleCredit: TikTok / @thevictorianyoungsville

The Victorian: Youngsville, the wedding venue the couple held their reception at in North Carolina, posted a video of the bride and groom’s hysterical solution to TikTok.

Since the groom could not attend, someone found a poll on wheels and secured an iPad with a picture of his face onto it.

They added a suit jacket as a final touch, and voila: The bride had her groom with her physically, well sort of.

The video shows the bride cutting cake with her makeshift groom and dancing with him.

Other guests snapped a photo with the couple and one guest took the man for a dance.

The groom seemed to be in good spirits about the ordeal and even thanked The Victorian for this unique wedding experience.

“GROOM HERE! HUGE thank you to The Victorian,” he commented under the video.

“Due to other attempts and hospital regulations, and hopes for me returning to the ceremony, I wanted [my bride] to stay with her friends and family.”

He also mentioned it was his and his new bride’s third attempt at a wedding during the pandemic.

Unsurprisingly, other TikTokers shared their reactions to the unorthodox wedding in the comment section as well.

“When you don’t want to lose your deposits,” one person joked.

“She’s married to his iPad now,” another person wrote with a facepalm emoji.

A third person recalled a similar thing happening on her wedding day.

“My husband suffered through in the bathroom most of the time.

“I tried to live it up with my gals,” she wrote.

This is certainly a strange situation, but the couple seems content.

“We’ve happily been together for almost eight years, with many more to come,” the groom wrote. 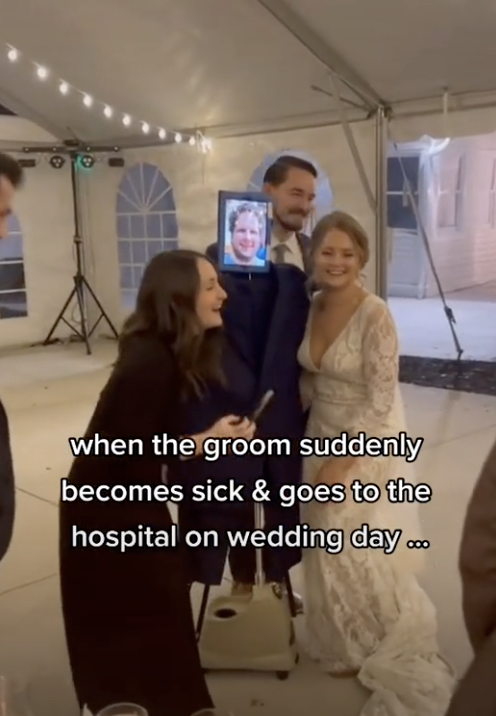 The bride and her wedding guests snapped a selfie with her stand-in groomCredit: TikTok / @thevictorianyoungsville 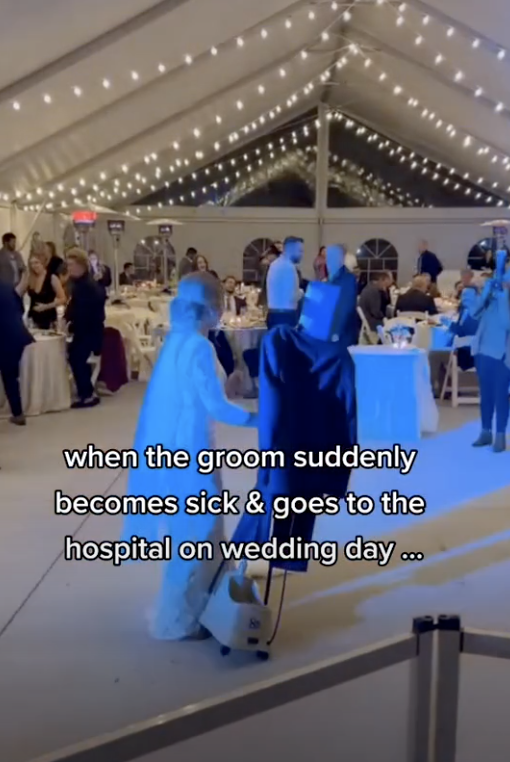 The bride was able to dance with her groom even though he was not actually thereCredit: TikTok / @thevictorianyoungsville