Parker McCollum broke into the limelight in 2017, and since then, his career has been on the rise. The country music star has had several hits under his belt, including one his wife inspired. Speaking of his wife, McCollum and Hallie Ray Light tied the knot this year, but the musician wasn’t planning on performing that day. Instead, McCollum would have loved for one of two famous artists to perform.

Parker McCollum didn’t want to work on his wedding day

McCollum has had one “Hell of a Year,” having bagged an Academy of Country Music Award for New Male Artist of The Year. This was only a few weeks before his wedding.

Prior to the big day, the 29-year-old shared details of his nuptials with PEOPLE during the award night, saying, “I already won with her, so the awards are just a bonus.” McCollum reiterated that he and Light were excited about becoming one, noting that he was happy for nailing that part of his life.

Although McCollum got famous for his music, he told the publication that he wanted to save performances for award events such as the ACM Awards, where he performed his hit song “Pretty Heart.”

McCollum joked that Light’s father “didn’t want to pay that much,” so the singer refused to sing on his day off. “You want me to work on my day off? No, I’m kidding. I don’t think I’ll be singing. I’ll just enjoy,” he jested. The star further noted that he wanted his wife to enjoy the day as much as possible as “it’s all about her anyway. It’s her day.”

McCollum, however, was not lost on his pick of musicians he would like to perform at his wedding. The singer revealed that he would have loved singers John Mayer or George Strait to perform on his big day. He, however, joked about not being able to afford the two hard-hitting musicians.

Parker McCollum and his wife started dating in 2019

McCollum and Light started dating in 2019. Light was a student at Oklahoma State, and despite their relationship being very high profile, not much is known about their romance. The pair got engaged on July 1, 2021, in an undisclosed location.

The singer posted a picture on his Instagram page of him and Light, who held up her right hand showcasing the ring, with the caption, “She said yes!” The couple appeared to be at a bar and looked very cozy. That same evening, Light shared a video on Instagram of herself and her engagement ring and reposted a celebratory photo by her family member.

McCollum and Hallie Ray Light-McCollum tied the knot in Texas on March 28, 2022. 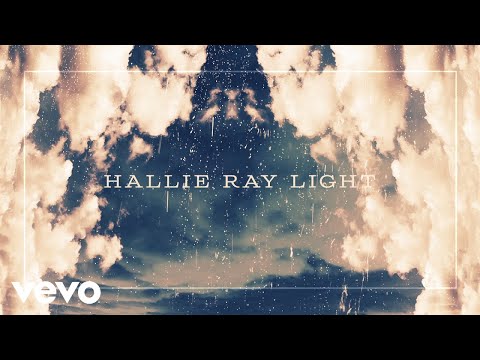