Paulina Gretzky and Dustin Johnson are getting ready to tie the knot this weekend.

On her Instagram Story Thursday, the bride-to-be, 33, shared a series of photos from a family pre-wedding dinner including snaps of herself posing with her longtime fiancé, 37, and their sons, River Jones Johnson, 4, and Tatum Gretzky Johnson, 7, at the event.

In one picture, she cuddles with River, writing, “my heart.”

Gretzky also showed off the décor complete with white flowers and sparkling lights hanging from the trees above. “Family night,” she captioned the photo.

She also posted photo booth images of herself with her sons and a box of sweet treats including cookies with the bride and groom’s faces on them.

Earlier on Thursday, Gretzky hinted at the couple’s upcoming nuptials on her Instagram Story.

“She’s ready,” she captioned a photo of herself boarding a private plane and in a second post, she added, “Going to the chapel.”

Pro-golfer Johnson was photographed walking hand-in-hand with Gretzky in another Instagram Story shared Thursday. Gretzky also shared a snap of a decked-out golf cart monogramed with “PD” before their big day. 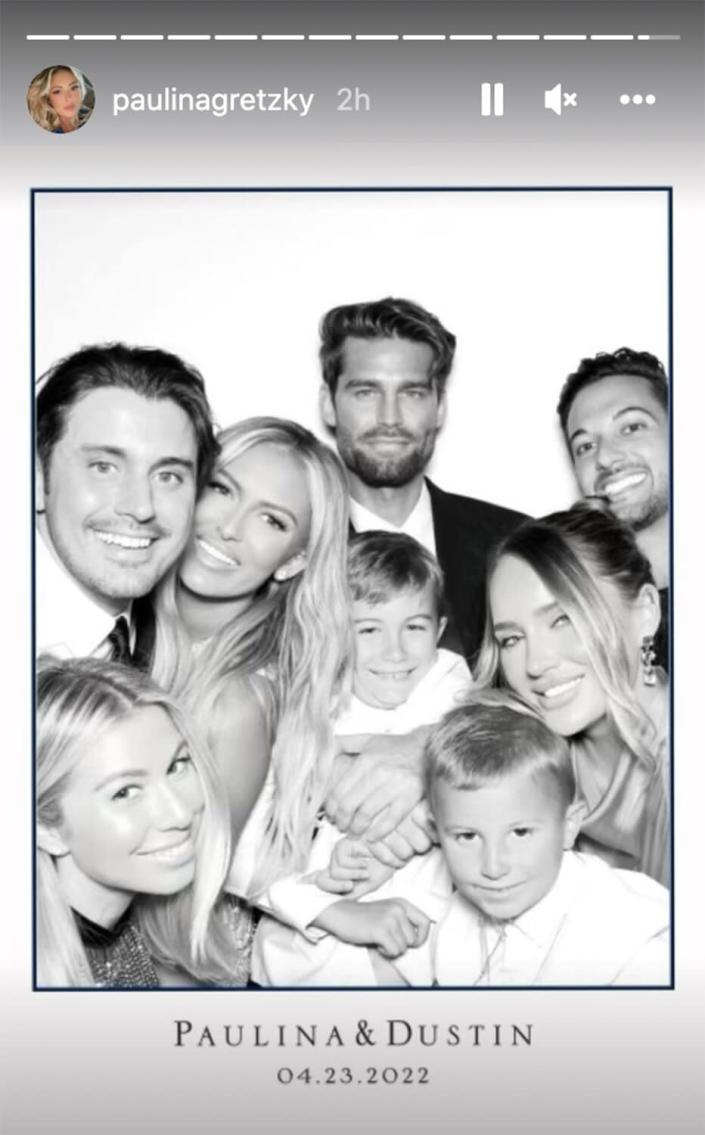 Gretzky revealed that she would be wearing a Vera Wang dress for the wedding. She shared her dress shopping experience on Instagram, and called the renowned designer a “queen & friend” who made “my dreams come true” in an April 2021 post.

The wedding is expected to take place the luxurious Blackberry Farm roughly three hours outside of Nashville. The highly sought-after wedding venue is known for its romantic setting. It’s possible that the clips Gretzky has shared are from the Walland, Tennessee, resort.

Never miss a story — sign up for PEOPLE’s free weekly newsletter to get the biggest news of the week delivered to your inbox every Friday. 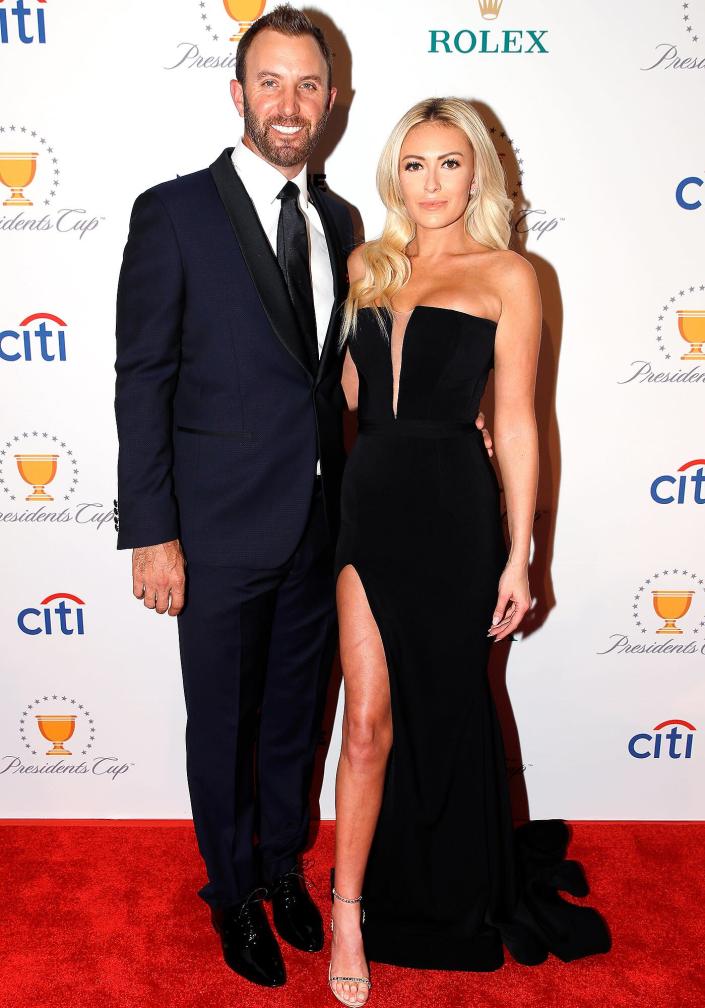 During an appearance on the Pillows & Beer podcast in May 2021, Paulina explained the couple’s extended engagement.

“I just did things my own way, I just didn’t want to listen to how everyone else viewed things,” she said. “I fell in love with someone so fast and we just had the best thing that’s ever happened to us happen so quickly.”

RELATED: Paulina Gretzky Shares an Inside Look at Her Bachelorette Party — and All the Must-See Outfits!

Over their nearly nine-year long engagement, Gretzky has become a well-known face at Johnson’s many golf tournaments. The Masters winner has been outspoken about how important his fiancée’s presence is to him.

“She’s such a big supporter of mine,” he previously told PEOPLE. “She does a great job taking care of everything else so all I got to do is worry about golf.”

The pair have been dating since early 2013 and have been engaged since that summer.