BILLINGS- Billings fire investigators say a weekend arson fire that ignited a building on Grand Avenue was started with an incendiary device that exploded in a soda machine.

And now the investigation is heading for the Billings Police Department.

The fire started around 1 a.m. on Sunday, July 25 at the Bike Shop’s former location and the current location of Alterations and More at 1934 Grand Avenue. Officials say the fire left extensive damage to the buildings with smoke impacting items inside.

Now, these precious garments became soiled in smoke during the fire and will have to be cleaned.

“Letterman’s yeah these are my Letterman’s coats, I have to have clean,” she said.

Ferguson got the call from crews in the early morning hours.

“And as I got closer and all these lights and didn’t realize it was work and was just, I couldn’t wrap my head around it,” she said.

The Billings Fire department says the fire was started when the soda machine sitting out front of the businesses exploded.

“They said someone had blown it up maliciously,” said Ferguson.

But it’s a different story at the Bike Shop where owner Scott Barber said the former location was pretty much left unscathed.

“Yeah, we ended up being very, very lucky because we moved out, we started moving out last November and got fully out in January,” he said.

Their new location is just yards away on the same side of Grand Avenue, but Barber says customers were concerned their business was impacted because of their former exterior signs.

“Fortunately, or unfortunately, we just left the sign up there, because we didn’t need to pay for it to get taken down,” he said. 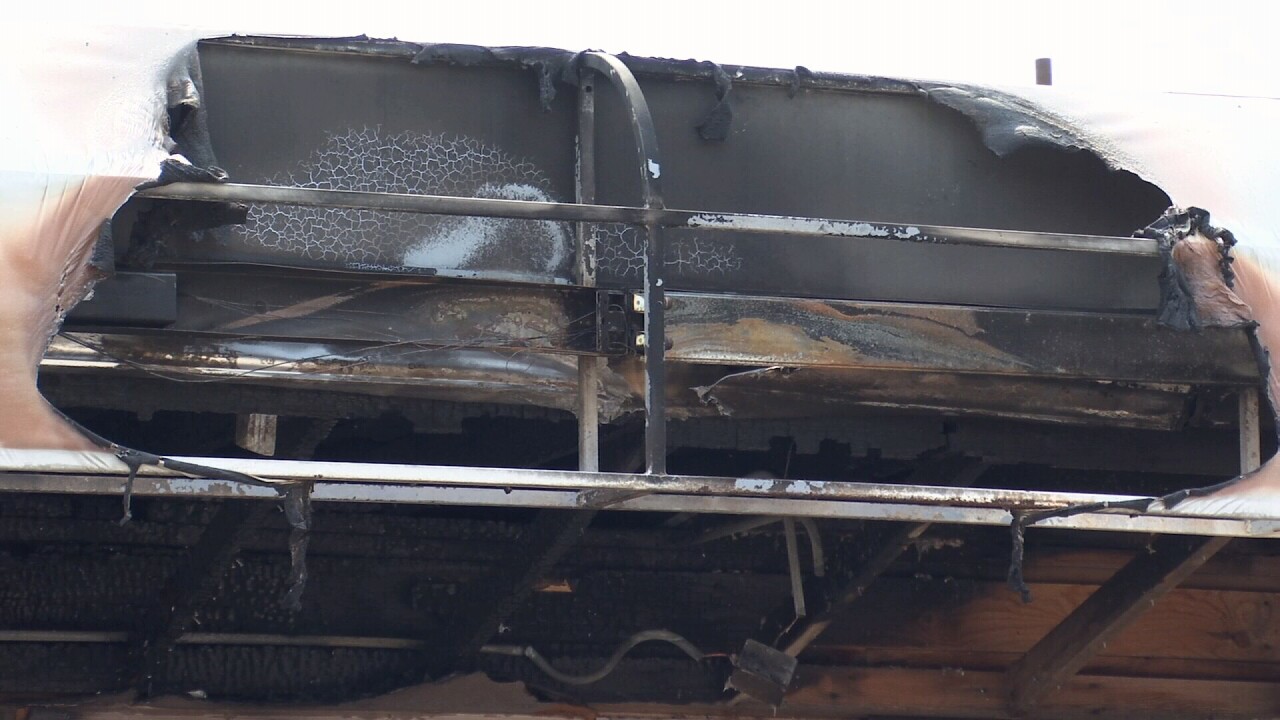 Barber believes the fire could be a signal for other businesses to hone in on after there were reports that another business on Grand Avenue was also started purposely in the same manner.

“Pretty strange timing that it happens you know, around town and a couple of other places, said Barber.

Back at Alterations and More, Ferguson said as customers come looking for their garments, they have a plan for moving forward and keeping the business open.

“We are going to try to get set up in another building as quickly as possible because we do have a lot of awfully great customers,” she said.

The Bike Shop’s former location, which was there since the 1980s was heavily damaged by the fire, while Alterations and More received heavy smoke damage, all resulting in $50,000 in damages.